New Posts
Eat This Instead of That
How to Remove Scratches from Sunglasses
Look for These Changes When You Visit a...
Easy and Delicious Banana Bread Recipe
Scrumptious Easy Chicken Pot Pie Recipe
5 Things I Wish I Knew Before I...
10 Favorite Hamilton Quotes to Make You Smile
6 Amazing Self-Help Books to Read Now
What You’re Giving Away in Those Social Media...
What’s That Your Ancestor Died From?
Freebies & GiveawaysTechnology 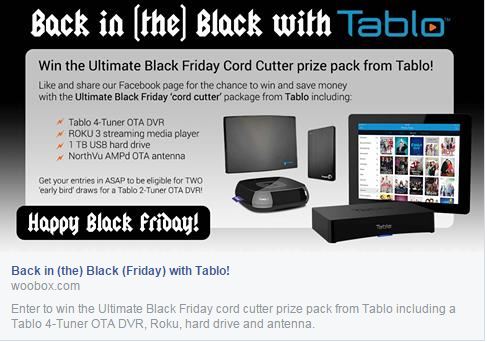 To use Tablo, you hook it up to an HD antenna and external USB hard drive and set it to record free TV shows available from your local TV stations. If you live in or near a large city, you may pick up well over a dozen free TV stations, including some that offer popular network shows from ABC, CBS, Fox, CW, PBS and NBC.

Tablo provides a whole-home DVR for over-the-air programming. You can watch Tablo’s recordings on Internet-connected devices, including media streaming boxes like Roku, Chromecast and Apple TV.

Tablo also recently updated their Android app for tablets and smartphones and released an Android app that works on Amazon Kindle Fire tablets.