Is Buying a Walmart Care Plan Worth It? 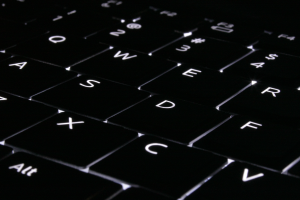 Any type of extended warranty is a hard sell for me. In most cases, I see them as pure profit for the company behind the warranty.

If an appliance is going to fail because of a manufacturing defect, it’ll likely do so during the initial manufacturer’s warranty period, which often spans a year. In many cases, you won’t buy an extended warranty through the same company that made the product. A completely separate outfit will handle repairs covered under the extended warranty or “care plan.”

If you’re shopping at Walmart.com, be sure to shop through TopCashBack to get rebates on all of your purchases from Walmart and many other major online retailers. 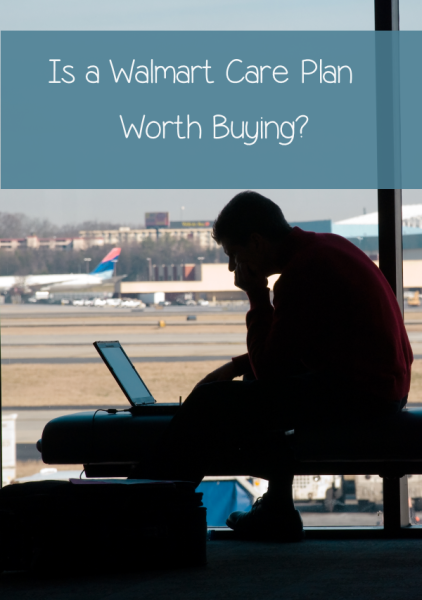 Extended warranties have become notorious for trying really hard to deny claims and for having generally poor customer service. One notable exception is onsite warranties provided by computer companies like Dell.

I’ve heard of both good and bad experiences with Dell warranties. In my own personal experiences, extended warranties on Dell computers have been good investments, and they’ve provided decent support for hardware failures during the warranty period.

When my older daughter requested a laptop for Christmas, I chose a Toshiba Satellite model from Walmart.com. It had Windows 10 and acceptable specs, plus the price was right.

I looked carefully at the Walmart Care Plan that was offered for the laptop, costing about $45 for two years. The part that sold me on it was the accident protection. I figured an 11-year-old was more likely to break something than the laptop was to have some sort of defect needing repair.

She did something to bend the prong on the power cord so it wouldn’t plug into her laptop to charge it. She claims that she dropped it, but it looked like it had been stepped on. Either way, the cable needed replaced.

Walmart Care Plans are handled by Asurion, a Nashville company that specializes in fulfilling extended warranties. The company offers both an online “Solutions Hub” for reporting warranty claims as well as a telephone number for those who prefer to make claims over the phone.

I reported the damaged power cable online. I’d hoped that they would email me a return shipment label, but instead, a couple of days later, I received a huge empty box, suitable for returning an entire laptop, along with a return label.

Even though they ask during the filing process what the problem is, apparently they pay no attention to that, and assume that you’re returning an entire laptop. This wasn’t really a problem, though. I had a smaller box from an Amazon purchase, packed up the damaged power cable and shipped it UPS using the included label. Less than a week later, another huge laptop box arrived, this one carrying the replacement power cable. 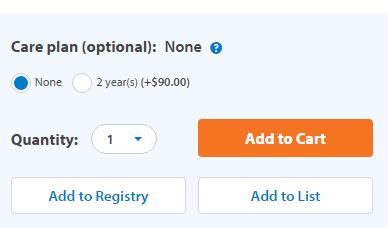 Was the Walmart Care Plan Worth It?

Was the Walmart Care Plan worth it, for this laptop purchase? I would say so far, yes. A new genuine Toshiba power cable (the entire cable, including the brick) would cost probably $20 to $40 new if I had to buy one. Considering that I paid $45 for the Walmart Care Plan, this initial problem has likely halfway paid for the extended warranty.

What about credit cards that claim to have accident protection and/or extended warranty protection? I haven’t seen good results anytime I’ve tried to use one of these services. They invariably wanted me to take my device to a repair center that was not conveniently located and leave it there for diagnostics, then return later to pick it up. It always ended up being too much trouble considering the cost of replacing the device or repairing it on my own.

While it seemed like a waste of money and resources on Asurion’s part to send such a large box each time, I was impressed that they use such sturdy, well-padded boxes for shipping laptops. You’re not on your own to find an appropriate box and shipping materials if you need to send them a laptop or other device.

You do need to be able to backup everything on your computer, in case you receive a new unit that doesn’t have all of your files. Asurion will not transfer your data from the old machine.

Asurion will either repair or replace the device at their discretion. As with most other extended warranties, Asurion’s Walmart Care Plan could replace your device with a refurbished model, or they might give you a brand new replacement or even a refund. You’ll want to closely review the fine print so you know what you’re buying.

I want to emphasize how important it is that you know what you’re buying, including what’s covered and how it’s covered. If you have questions, try getting answers before you commit to a Walmart Care Plan.

Some plans may cover in-home repairs. I knew I was buying a plan that would require sending the device in for repairs, and that was okay for this particular purchase. It wouldn’t be okay for my own primary laptop or some of our other gadgets. My Walmart Care Plan also didn’t carry a deductible, something you’ll want to look for anytime you’re buying an extended warranty.

Update: Be sure to check out the latest update to my Walmart Care Plan experience!

Have you purchased an extended warranty? Did you have to use it? How hard was it to use? Did you get good service or the runaround?

Diets That Work: 5 Ways to Lose Weight for Swimsuit Season

How to Choose The Right Home Warranty...

How to Remove Scratches from Sunglasses