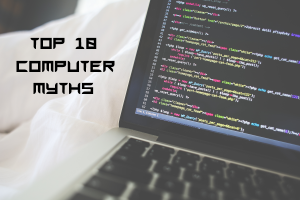 Can you imagine someone time traveling from the year 1980 and seeing the amazing things people can do with computers now? Heck, people carry small computers around in their pockets and read books and play games on slightly larger computers. Computers have become integral parts of our work and home lives.

We rely on computers so much that what we don’t know can really hurt us, especially if we believe some commonly held computer myths. Assuming you don’t work in a computer-related field, how many of these do you believe?

Antivirus Software Keeps All Malware Away

You should have antivirus software on your computer to protect against unwanted software (commonly known as malware) as well as any other malicious attempts. For a personal (non-business) computer, you can use Microsoft’s free Security Essentials program for Windows 7 or the built-in Windows Defender on Windows 10.

Don’t click on links in emails unless you are dead sure that they’re legitimate. If they come from someone you know, that person’s email might have been hacked. Yours will be, too, if you click on their emailed link.

This common malware tactic hijacks an email account and sends links to everyone in a person’s “sent mail” folder. Many people on the other end, who know that person, click on the link, causing the same thing to happen to them.

Email appearing to come from PayPal or another financial institution, eBay, your IT department, your email or Internet provider, even if it looks pretty official, might not be. One trick to figure out whether a link is legitimate is to hover your mouse over the link and look at the bottom of your email or Internet screen to see where the link actually points. The text in the email might say, for example, PayPal, but the link actually points to some criminal enterprise overseas.

Even emails appearing to come from Facebook, Dropbox or Google Drive might not be legitimate. It’s always best to verify with the sender to make sure they meant to send you whatever you received.

You should also be careful about opening email attachments. People receive scam messages all the time claiming to be from UPS or FedEx or another delivery service and saying that the tracking information is attached.

Or an email could allegedly be from some company claiming that your invoice is attached. Or it might claim to be from any number of different types of vendors that might tempt you to think the email is legit and open the attachment, only to become affected by a virus as a result. 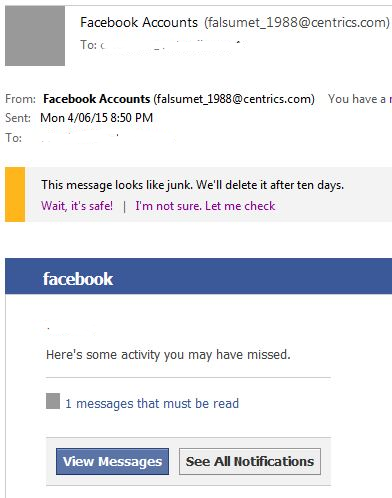 Viruses used to come largely from hackers with too much time on their hands, looking to see how much damage they could cause and how much havoc they could wreak. Nowadays, that’s hardly ever the case. Malware largely hails from overseas criminal enterprises looking to profit from malware in a number of different ways.

For example, some push fake antivirus software that pops up a message claiming that your computer is infected by hundreds of viruses, and offering to sell you their antivirus software. If you bite on it, you’re giving your credit card number to thieves in another country and getting nothing in return except for more malware. Some malware even takes your computer hostage, threatening to delete everything on your hard drive if you don’t pay a ransom immediately.

Even some free software comes with unwanted hangers-on, which aren’t technically malware though nobody really wants them. While antivirus software gives you a baseline defense, your own cautiousness is the best way to prevent malware and other intrusions on your computer. To find a variety of free software programs that are also free of malware, visit Ninite.

Email is a Reliable Way to Communicate

Email has become much less reliable as spam levels have soared. Almost all companies have spam filters, and every free email account or internet provider email also has a junk mail filter. Outlook has its own spam filter, too.

Spam filters generally do a fair job of stopping mail you don’t want to see from getting to your inbox. However, they’re not perfect. Some undesirable messages still get through, and some legitimate emails get filtered.

This means that an important email might not get through to you if it’s filtered or might get caught in your email’s junk folder, or a crucial email you sent to someone else might get filtered on the other end.

Not only do some legitimate emails get hung up in spam filters, but huge influxes of spam can tax email systems and cause delays in email delivery. Though email delivery usually seems almost instantaneous to us, it actually goes through several places after you press send. If it gets stuck along the way, waiting in a queue with hundreds of thousands of junk emails, you won’t know it, nor will the person on the other end. 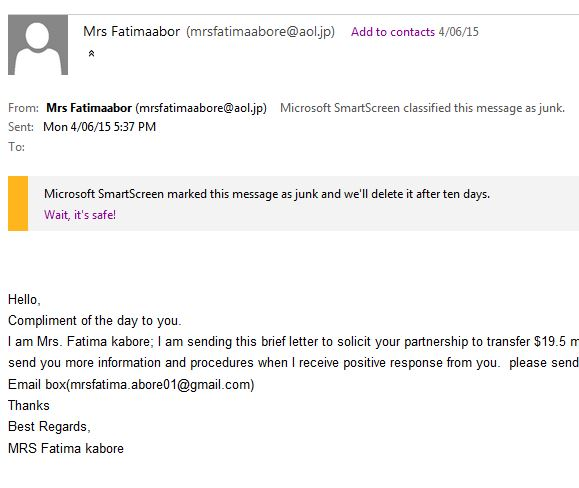 Spam filters usually won’t notify you that a message of yours was caught in a junk mail filter, so if that happens, you won’t realize that the recipient never got your message, and the recipient won’t know that you even tried to send something. If you mistype a recipient’s email address (or they mistype yours), there might also be no notification of the error, and the email won’t get delivered.

How do you get past this? If you’re sending a very important email and don’t get a quick response, call that person on the telephone and verify receipt of the message.

Email is a Secure Method of Communication

Most IT professionals have never considered standard email to be a secure method of communicating confidential information. Yet, we know that people send private information via email all the time.

There are software tools that can make email more secure, but few people outside of banks, medical providers and certain government agencies use them.

Many organizations automatically archive all internal and external emails. People have lost their jobs over emails discovered during searches of email archives for various purposes, such as public records requests.

Even if there’s no formal message archiving system, emails travel through so many places on the way to their destinations that they could get intercepted and read in numerous different places. If you’re conducting an illicit affair, engaging in something illegal or discussing anything of a highly personal nature, don’t talk about it in emails or text messages.

Many people already realize that computer forensics professionals can often recover files from a computer’s hard drive even if the drive has been reformatted. Whatever you’re trying to hide on a computer hard drive, you’ll need special software to completely shred the data and make it unrecoverable.

What you may not know is that your smartphone, which is, for all intents and purposes, a small computer, also stores a lot of personal information that the right person with the right software and equipment could mine.

Plus, mobile carriers likely have copies of your text messages, for some period of time. They might possibly be accessible for legal claims through a subpoena, or even just a letter from an attorney, depending on the mobile company and location. 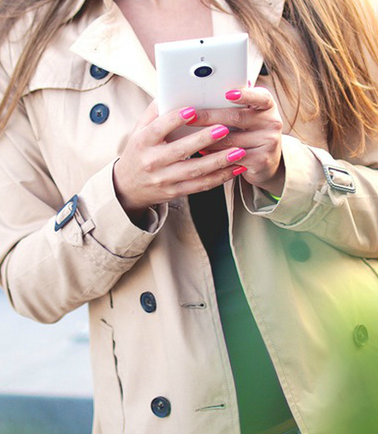 The terms of service document for your mobile phone probably allows the company to disclose contents and phone numbers of text messages when required to do so by law, or if they have a good faith belief that providing them is necessary to comply with some legal process, respond to allegations of rights violations and under certain other conditions. Also, the government can legally access your digital data in a number of different ways.

All Computer Geeks are Interchangeable

There are many different varieties of information technology (IT) professionals. Programmers and developers write code to create and maintain software applications. Hardware techs repair computing devices such as desktops, laptops, printers and servers.

Tech support personnel help with varying levels of computer problems and set up new computing devices. Systems administrators may perform tech support tasks along with their support of servers and other networking equipment.

Most tech support and systems administration personnel can’t write computer programs, and most programmers need someone else to fix their computer problems. This isn’t always the case, of course, and some IT people learn different skills and even change careers, like when a support tech decides to learn programming.

Most computer support and sys admin types I’ve known, however, don’t program much, if at all, and have no desire to program. The programmers I’ve worked with are naturally more computer literate than average users, but they still need computer support from time to time. 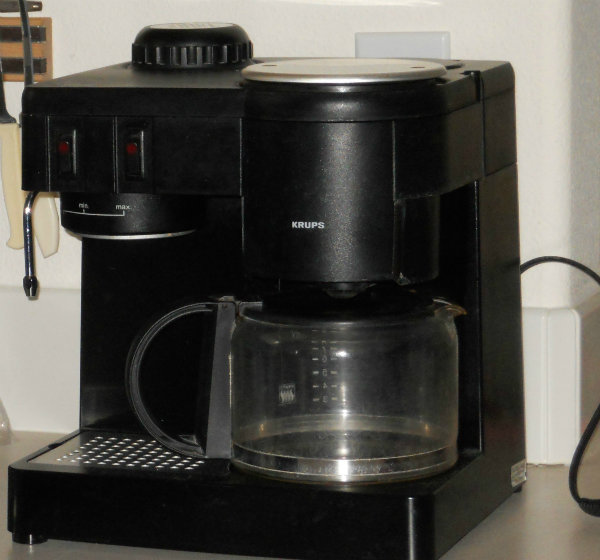 Computer Geeks Can Fix Anything Electrical

I can’t fix a copier, electric pencil sharpener, coffee maker or television. I really wish I could sometimes. While you’d never expect an appliance repairman to be able to fix your TV set, many folks seem to think computer geeks can fix all sorts of electronic devices. I suppose some can, but most of us have to hire repair technicians to fix our televisions.

IT Staff Can Fix Any Computer Problem Immediately

We know some things off the tops of our heads, but we also have to use research and trial and error in fixing problems or figuring out how to do something. More experienced computer geeks have a greater knowledge base to call upon and an easier time knowing where and how to look for solutions.

It is true that sometimes we lay hands on something and it starts working. Whatever the problem is, it probably would have corrected itself without intervention.

Or, we might do something really quick and small to your computer to fix a problem. It seems like a tiny change to you, but with computers, a minor tweak can make a big difference.

It would seem this way to a time traveler from several decades ago, but computers have been built and improved incrementally over many years. They do what we want most of the time. However, having been built by imperfect humans, computers aren’t perfect, either.

Computers Don’t Like You (or Your Spouse, or Someone Else)

Sometimes a person will go through a period I refer to as “bad computer karma” when he/she has a series of computer problems, one right after the other. It could be just bad luck or something that person is inadvertently doing.

Computers can’t smell your fear and take advantage of it. They’re only as smart as they’ve been built and programmed to be.

They’re not Skynet (yet) and haven’t sent any Terminators (that we know of). From what I understand, Skynet was supposed to have become self-aware in 2011, but I didn’t see anything on Facebook or Twitter about it.

If you feel like you just can’t get comfortable with using a computer, consider finding some beginner computer classes with your local college or tech school’s adult education department. In addition, some larger corporations and government agencies offer free or low-cost computer training to their employees.

I’ll close with a joke.

Question: How many computer geeks does it take to change a light bulb?

Answer: Have you tried restarting it?

It’s no myth. Restarting a computer, tablet or smartphone often does fix its problems. 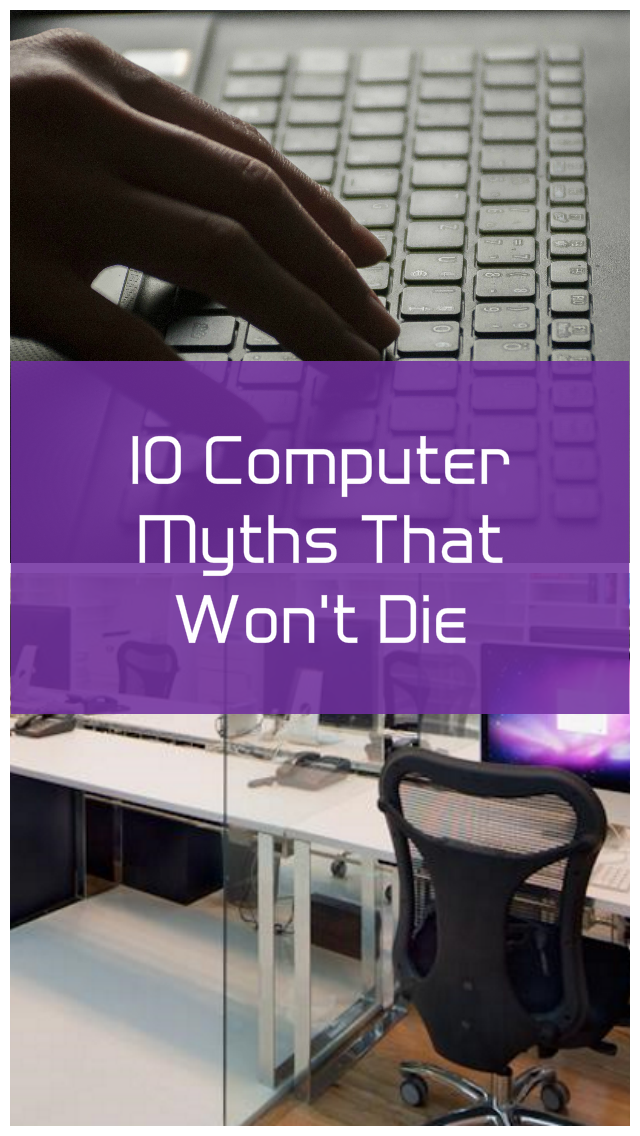