New Posts
How to Remove Scratches from Sunglasses
Look for These Changes When You Visit a...
Easy and Delicious Banana Bread Recipe
Scrumptious Easy Chicken Pot Pie Recipe
5 Things I Wish I Knew Before I...
10 Favorite Hamilton Quotes to Make You Smile
6 Amazing Self-Help Books to Read Now
What You’re Giving Away in Those Social Media...
What’s That Your Ancestor Died From?
LWB Most Popular Posts of 2019
EntertainmentHow-ToTechnology 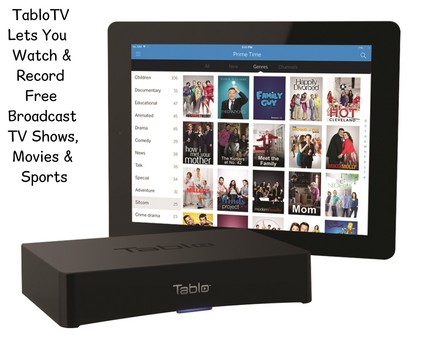 TabloTV offers the ability to watch and record free, over-the-air television and watch it on TVs and computers throughout your house – functioning as both a whole-home DVR and antenna sharing device.

If you haven’t watched over-the-air television in awhile and you live in or near a large city, you’ll be amazed at the variety of content available. Even if you live in a rural area, you may still pick up a fair number of network stations carrying affiliates of CW, CBS, NBC, ABC, Fox, PBS and others. Many big city stations have more than one channel, running network programming on the main channel with special programming and reruns on the offshoot channels.

You can find a wide array of both current and classic TV shows along with movies for almost any taste. Most people don’t sit and watch TV shows and movies during their actual broadcast these days, though, and pay TV providers offer sophisticated DVRs to go along with their hundreds of channel choices. 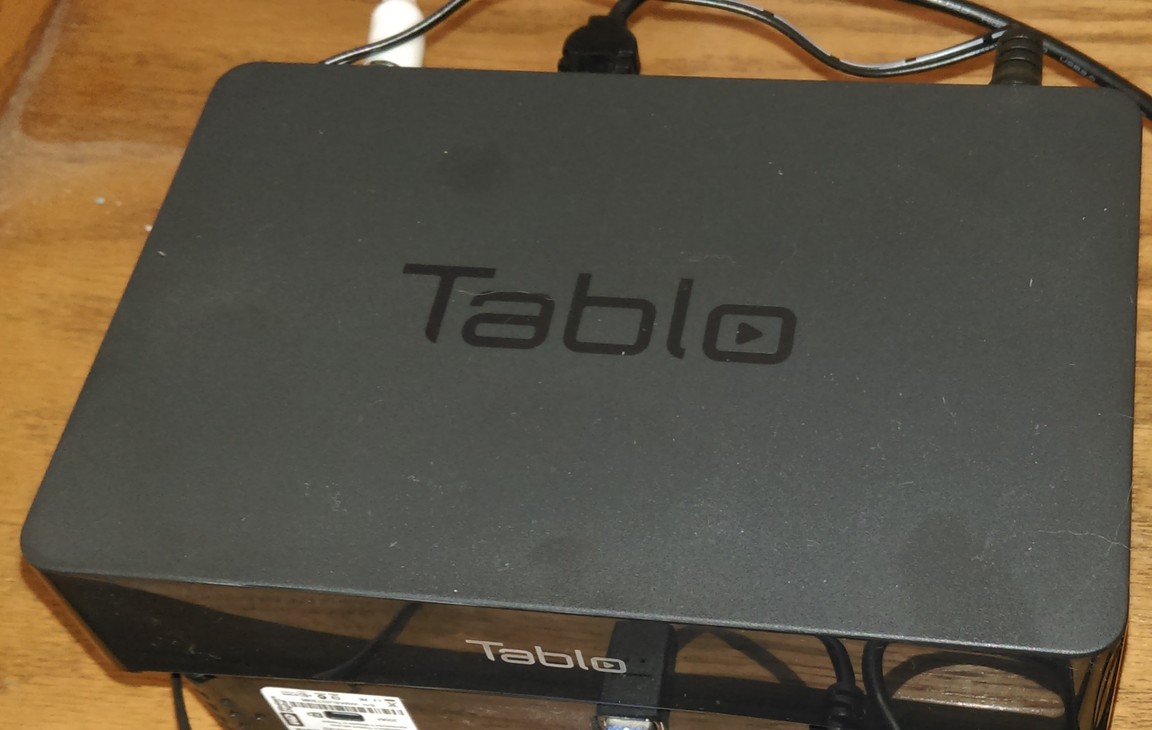 Many people have already cut the cord and given up on expensive cable and satellite subscriptions, but some folks hesitate for various reasons. If you enjoy watching live sports, you may find living without cable or satellite especially hard to handle if it means relying on a TV antenna and watching everything live, without a DVR recording option.

Cloud DVR service Aero, which offered recording of local channels, lost its battle for life when the Supreme Court ruled against it. This decision left your choices for recording over-the-air movies, sports and shows even more limited. You need a pay TV subscription with DVR service, the technical knowhow to set up your own homemade DVR or a device like TabloTV. You’ll probably find TabloTV the easiest and cheapest way to go.

I ran into a few challenges in setting up TabloTV, but many of these may not apply to your situation, especially if you start with newer equipment, including an HDTV. I include these snags below not to discourage buying the product, but to provide possible solutions to anyone who runs into these same hurdles.

I probably started with one of the most difficult circumstances one might encounter in trying to set up a TabloTV box – hooked up to an antenna I already owned and a USB hard drive with some years on it, then viewing it on an old, standard definition TV set. I figure that if I can get TabloTV working in my environment, nearly anyone can do it.

TabloTV requires an external USB hard drive less than 2 TB in size, an HD antenna and high-speed Internet access, such as cable modem service. TabloTV also requires either a home Wi-Fi network or the ability to plug it in directly to your network using an Ethernet cable. 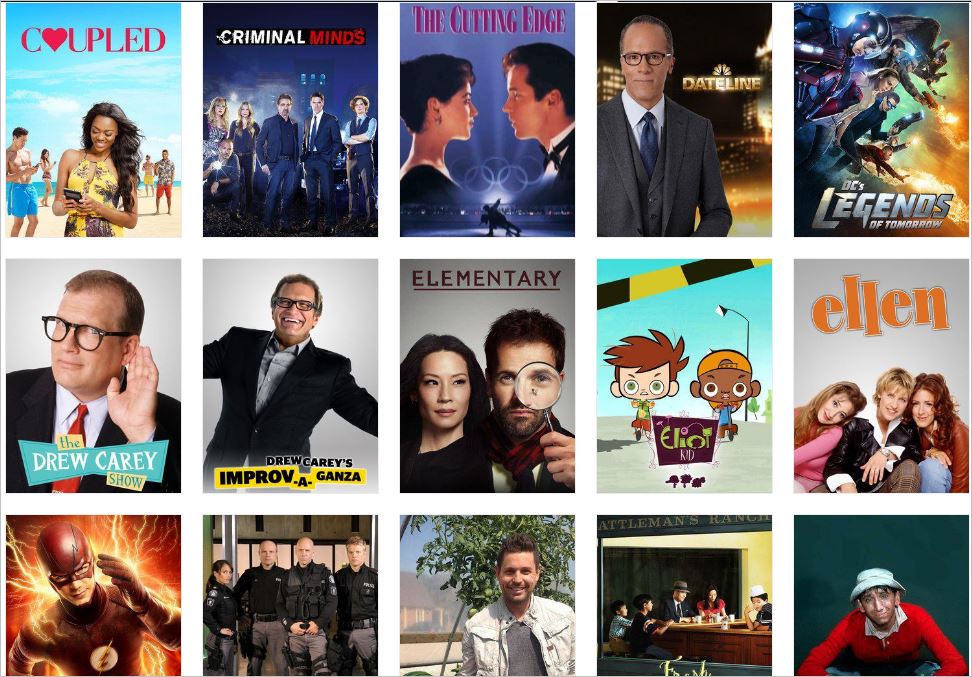 To view live or recorded TV from the TabloTV box, you’ll need a Roku, Chromecast or Apple TV device as well. TabloTV functions as a whole-home DVR and antenna director for local programming, so you can view it on any or all of your streaming TV devices. You don’t need any other separate devices or antennas for your television sets. You can also watch live or recorded programming on your laptop and desktop computers.

I hooked up the TabloTV box to a Mohu Leaf antenna and an older Western-Digital 500 GB USB hard drive that we no longer use. I placed the equipment in an out-of-the-way corner of my house where I could easily hang the Mohu Leaf on the wall and where I felt sure the TabloTV would receive a strong Wi-Fi signal.

The next step involves installing the TabloTV app on an Android or iOS (iPhone or iPad) device. Unfortunately, the app refused to install on the first device I tried, a brand new Android phone with the latest Android version installed. It did install successfully on my Android tablet, however, though the process to set up Wi-Fi on the TabloTV is a little odd.

After setting up Wi-Fi on the device, it’s time to set up an account with TabloTV. You’ll receive a free 30-day subscription to their guide, which normally costs $4.99 a month (less if you pay for a year at a time). The guide makes it much easier to find programming to watch and record, and it lets you schedule programs to record regularly. account.tablotv.com – register

I use two Roku devices for TV streaming, and since TabloTV is still a “private” Roku channel, you can only add it through the apps page of TabloTV’s Web site. TabloTV doesn’t offer an app for game controllers at this time.

I added the TabloTV app to my two Roku 2 devices using the link with no problem, but neither live TV nor DVR recordings would play on my Rokus. I went back and forth via email with TabloTV support several times before being told that TabloTV wouldn’t work with Roku 2 connected via composite (non-HD) cables. 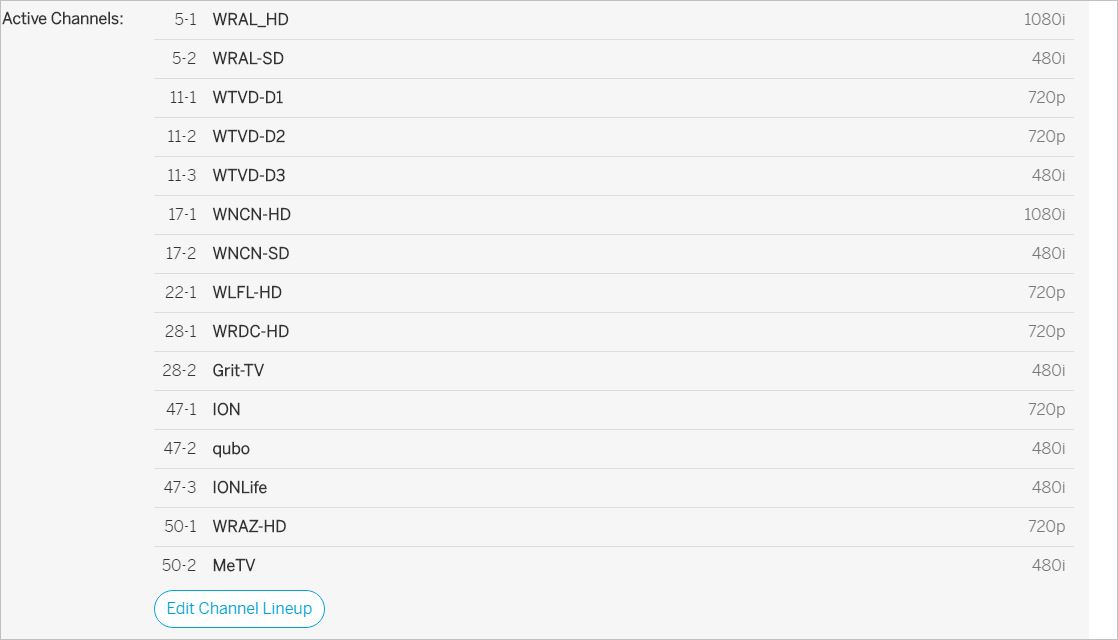 Determined to make it work somehow, I researched the issue and came across a posting that suggested connecting my Roku using an HD cable to an HD television, setting the Roku’s display to HDTV 1080p, then reconnecting it to the SD television without changing any settings. I did this for one of my Roku 2 devices and it worked, though the video looks a little odd due to the necessity of changing the display settings. I don’t find this particularly bothersome, however. If I were terribly concerned about video quality, I would have replaced my SD televisions with HDTVs.

The Android phones I have access to run Android 4.4 KitKat, the latest version, which the TabloTV app doesn’t support. The app did install on my Android tablet and allowed me to go through the process of connecting the TabloTV device to my Wi-Fi network. However, the app didn’t allow me to perform any of the other things it’s supposed to do, like set or watch recordings.

TabloTV’s app should also allow you to set up recordings and even watch your DVR recordings from other locations. I haven’t been able to test this functionality, however, because of my trouble working with the TabloTV Android app, and I don’t have access to an iOS device for testing purposes. I’m told that TabloTV is still working on their app to improve performance, functionality and compatibility.

Once I got going with the TabloTV on my Roku 2, I was able to watch live TV and recordings using an interface similar to other Roku apps. However, I ran into a snag when recordings would stop playing after 15 minutes and I’d have to reboot the TabloTV to get it going again. The TabloTV also felt very warm to the touch, though TabloTV support says that this is normal and nothing to worry about. TabloTV support also insisted that the problem with recordings halting after about 15 minutes was due to my Western Digital external hard drive and provided a list of hard drives that they say should provide better results.

Fortunately, the problem with playback vanished for some reason. Shortly after the issue went away, the TabloTV device went through a firmware upgrade, and the device has continued to function without any problems since then.

Despite the TabloTV’s app snafus and the obstacles I encountered in getting everything to work, the device is an ingenious piece of equipment. Setting up TabloTV requires some comfort with technology, though it should go pretty smoothly if you don’t try to use older equipment like I did, meaning you connect to an HDTV and buy an external hard drive from TabloTV’s suggested list.

Also, if you need some help, you can email TabloTV’s tech support. I contacted TabloTV support for two separate issues, and they were quite responsive, getting back to me within 24 hours for each email exchange, and sometimes much faster. If you’re thinking of buying a TabloTV, you’ll want to keep in mind the following previously mentioned caveats:

The box requires the TabloTV app for initial Wi-Fi setup, and the app isn’t compatible with the latest version of Android. I can’t speak for its iOS compatibility, but if you don’t own a compatible device, you’ll need to borrow one, at least long enough to go through the brief initial Wi-Fi setup. You can probably skip this step entirely if you use a wired Ethernet connection rather than Wi-Fi.

If you use Roku on an older (non-HD) television, you may run into problems. TabloTV apparently doesn’t support Roku 2 hooked up with composite cables – the only method of connecting a Roku to a standard definition TV. I was able to get it working, but there’s no guarantee this method will work for everybody.

You may need to purchase an external hard drive from TabloTV’s suggested list of drives. If you use a drive you already own and run into DVR playback issues, TabloTV support may blame your hard drive. An indication of the hard drive causing problems would be if you can watch live TV without issue but it hangs up during playback of recorded programming.

TabloTV provided me with a demo two-tuner device for the purposes of this honest review. All opinions are my own.

How I Lost 45 Pounds With No Hunger or Fasting