New Posts
How to Remove Scratches from Sunglasses
Look for These Changes When You Visit a...
Easy and Delicious Banana Bread Recipe
Scrumptious Easy Chicken Pot Pie Recipe
5 Things I Wish I Knew Before I...
10 Favorite Hamilton Quotes to Make You Smile
6 Amazing Self-Help Books to Read Now
What You’re Giving Away in Those Social Media...
What’s That Your Ancestor Died From?
LWB Most Popular Posts of 2019
Freebies & Giveaways

This has got to be the most exciting giveaway I’ve ever hosted. You can tell from reading my blog that I’m both a geek and a huge Star Wars fan. Of course, I was thrilled when the folks at Exclusive Memorabilia contacted me with the offer of sponsoring a giveaway of a piece of Star Wars memorabilia that’s sure to become enormously valuable in coming years. 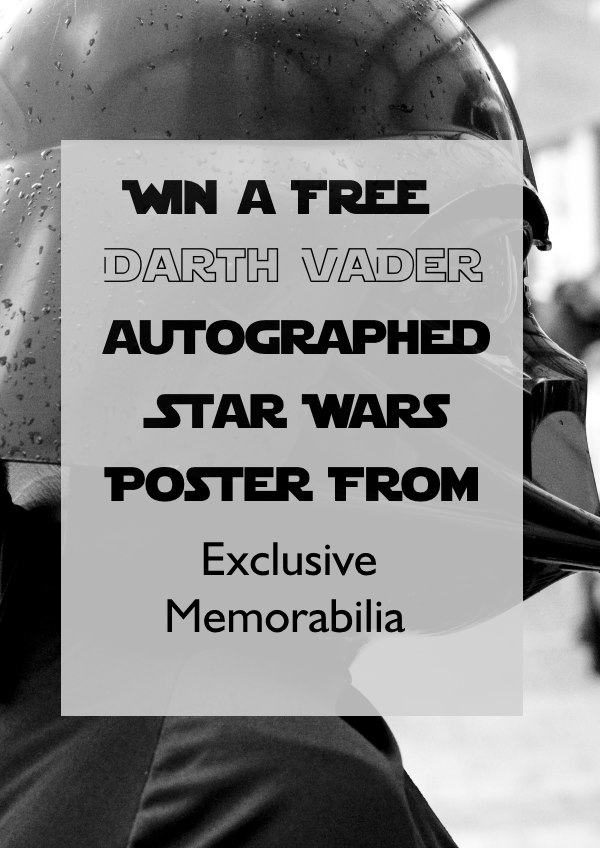 It’s an unframed (but suitable for framing) Star Wars movie poster autographed by none other than David Prowse, the man in the Darth Vader costume in the original three Star Wars films – A New Hope, The Empire Strikes Back and Return of the Jedi. It’s a 12 by 16 inch poster on photographic paper, with an approximate retail value of $113 (depending on exchange rates at the time of shipment).

Exclusive Memorabilia, based in the U.K., was founded in 2011 and sells only products that come from official signing sessions, to guarantee the authenticity of their autographed merchandise. The company offers an amazing selection of memorabilia, including signed Star Wars memorabilia, along with tons of autographed sports items.

This is a company that’s sure to have what your dad wants for Father’s Day, or birthday, or Christmas. They have a variety of signed items from major sports stars from the worlds of boxing, soccer, racing and more. Besides autographed posters, you’ll find signed shirts, shoes and other items, some of which come with their own display cases. 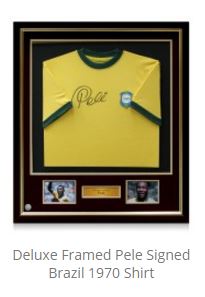 Among the Star Wars items, you’ll even find posters autographed by Daisy Ridley – who played Rey in The Force Awakens. Plus, you’ll find additional movie paraphernalia other than Star Wars items, such as a Godfather 2 movie poster signed by Al Pacino and James Bond posters signed by Roger Moore.

If you’d like to win the Darth Vader signed Star Wars poster for Dad (or for Mom, or for yourself, or whoever), enter by June 3, 2016 at 12:00 am, using the Rafflecopter widget below. Exclusive Memorabilia ships worldwide, so if you have a shipping address, you’re welcome to enter, no matter where you live.