New Posts
How to Remove Scratches from Sunglasses
Look for These Changes When You Visit a...
Easy and Delicious Banana Bread Recipe
Scrumptious Easy Chicken Pot Pie Recipe
5 Things I Wish I Knew Before I...
10 Favorite Hamilton Quotes to Make You Smile
6 Amazing Self-Help Books to Read Now
What You’re Giving Away in Those Social Media...
What’s That Your Ancestor Died From?
LWB Most Popular Posts of 2019
Bargains & FindsEntertainment 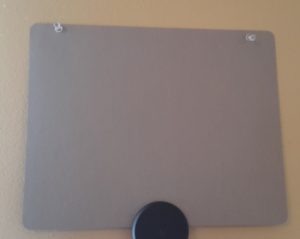 When I was a kid, we had a big TV antenna on the roof of our house. We could pick up a handful of stations – some more clearly than others – by using a dial which moved the antenna around to the best position for a particular channel. Any other television sets in the house used metal rabbit ears.

I was well into adulthood by the time cable TV was available at my parents’ house. Nowadays, my parents use the same pay satellite TV service they’ve had for a number of years.

However, their satellite service, like most pay TV providers, only carries a few of the stations they could watch over-the-air. They still use an antenna to catch programming on those other channels. 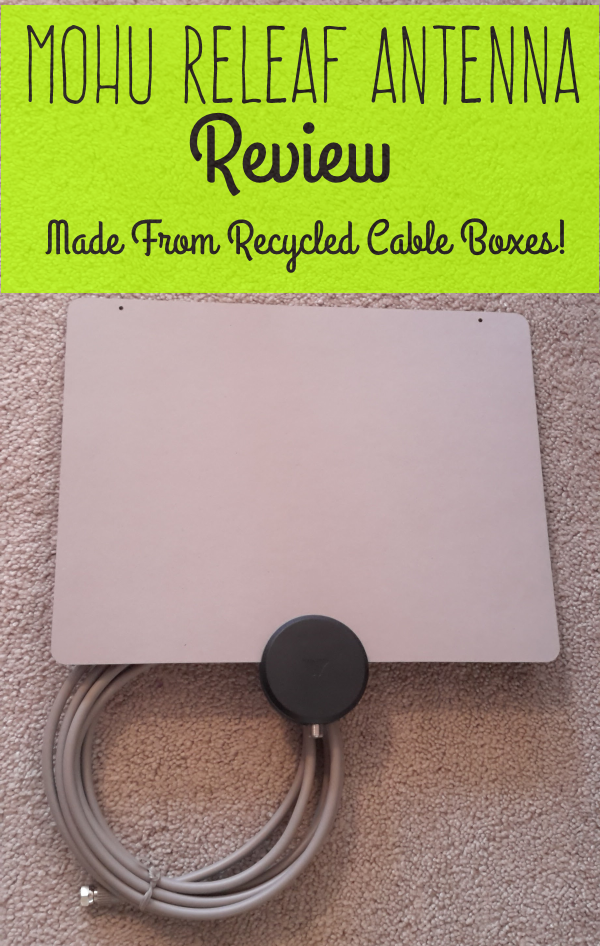 My parents live in a rural area, far from any television stations, whereas I live in a large metropolitan area. That means Mohu Leaf antennas work perfectly for me, since they clearly pick up stations within a 30-mile radius. Years ago, Mohu revolutionized TV antennas with their flat, attractive HDTV Leaf antennas that hang on a wall and can even hide behind a TV set or entertainment center, completely out of sight.

Made From Recycled Materials

Now, Mohu has come out with a new flat antenna product, the Mohu ReLeaf, made entirely of recycled materials, including cable TV set-top boxes. How appropriate, right?

Old cable TV boxes that might otherwise end up in landfills are instead recycled into the clamshell portion of Mohu ReLeaf antennas. The clamshell contains the main parts necessary for turning TV signals into live TV, and Mohu can make 40 ReLeaf antenna clamshells from one pound of plastic from cable boxes. 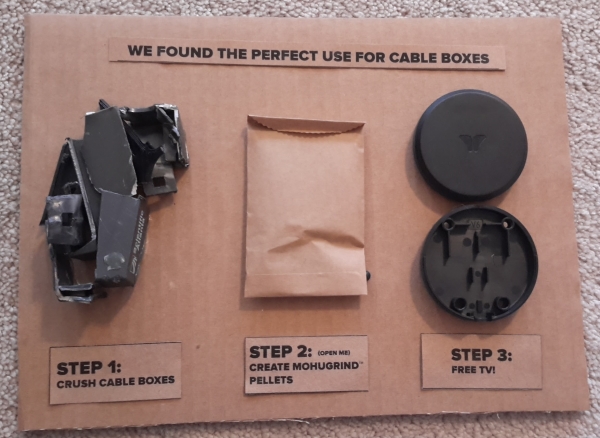 Mohu uses recycled paper materials for the flat portion of the ReLeaf antenna, with FSC and Green-e certification for high levels of environmental responsibility. The Mohu ReLeaf is also made entirely in the U.S.A.

What You Don’t Know About Free Over-the-Air TV

I can usually pick up around 18 free over-the-air broadcast TV stations using a Mohu antenna, and here are a some things you might not have realized about antenna TV.

First of all, if you live in a large city like I do, your local TV stations might broadcast two or three HD stations, not just their main flagship station that runs network shows from ABC, CBS, NBC, Fox or CW. Their other stations might offer reruns of classic shows, music videos, talk shows, news, kids’ programming or a variety of different types of shows. You can only get these secondary stations over the air, since cable and satellite providers generally don’t carry them. 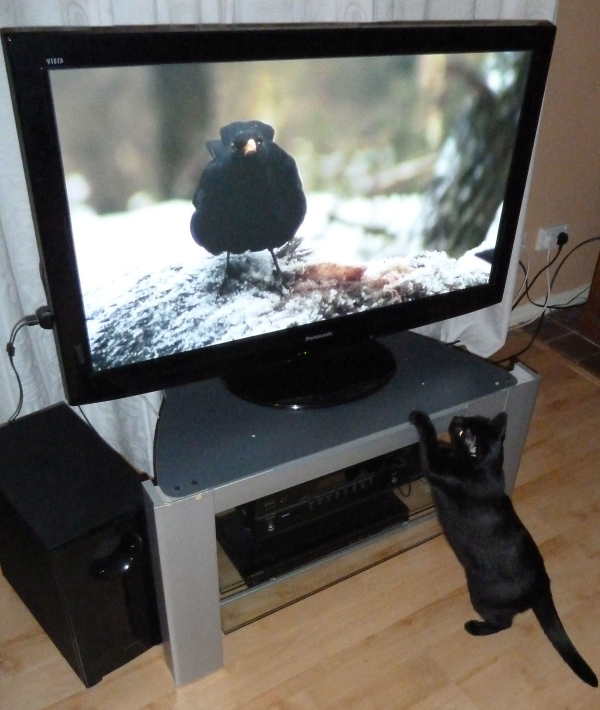 Second, did you know that over-the-air HDTV looks significantly better than cable or satellite HDTV? When I first saw high definition television through our pay TV provider, I wondered what all the hubbub was about. I mean, it wasn’t all that impressive. Once I saw HDTV using a Mohu Leaf antenna, I was blown away. I couldn’t believe we’d been paying extra for HD service, and free broadcast signals looked twice as good!

My husband noticed this as well, and I’ve had other people mention it to me, too. You know that big sporting event on network TV that you plan to watch on cable or satellite? Try watching it over-the-air using a Mohu Leaf antenna, and see what I mean.

Mohu ReLeaf antennas can attach to the wall using push pins, and they’re an attractive, neutral color so they won’t stand out if you can’t hide them behind something. Just plug the cable into your TV set or into a TabloTV device, which I use to share an antenna among multiple televisions and record free over-the-air TV programming. You pick up a Mohu ReLeaf for $49.99 directly from Mohu.

I received a sample of this product for use in this honest review. All opinions are my own.