New Posts
How to Remove Scratches from Sunglasses
Look for These Changes When You Visit a...
Easy and Delicious Banana Bread Recipe
Scrumptious Easy Chicken Pot Pie Recipe
5 Things I Wish I Knew Before I...
10 Favorite Hamilton Quotes to Make You Smile
6 Amazing Self-Help Books to Read Now
What You’re Giving Away in Those Social Media...
What’s That Your Ancestor Died From?
LWB Most Popular Posts of 2019
Family & KidsFood & Recipes 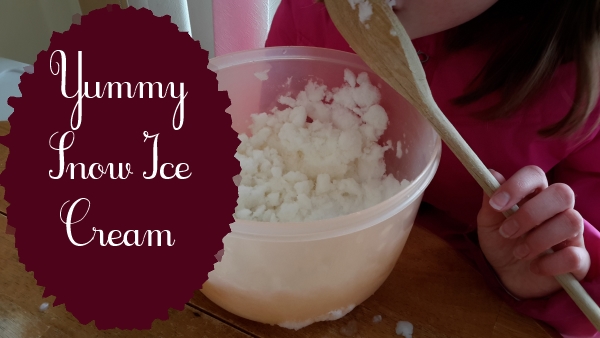 Growing up in Pennsylvania, we had plenty of snow days, often with huge amounts of snow. For my kids’ childhood in Raleigh, NC, things are quite different.

It’s not uncommon for school districts to cancel classes, but they often do it because of sleet or freezing rain rather than actual snow. Today, though, we had real snow in Raleigh, measurable snow, and more of it than anyone expected.

Unfortunately, the powdery snowflakes that came down didn’t stick together well enough to make for good snowballs or a snowman

– no Olaf for us! However, I’d seen a post about making snow ice cream and decided to try it. Unfortunately, I didn’t have any sweetened condensed milk on hand, so I used another post as a guide, one that uses plain milk rather than canned.

I halved the recipe and used Splenda instead of sugar and felt like we were making our own low-carb ice cream. My 10-year-old daughter ended up making the snow ice cream three times today. She experimented, too, adding a smidgen of apple cider to her bowl or adding a bit of unsweetened chocolate cocoa powder. 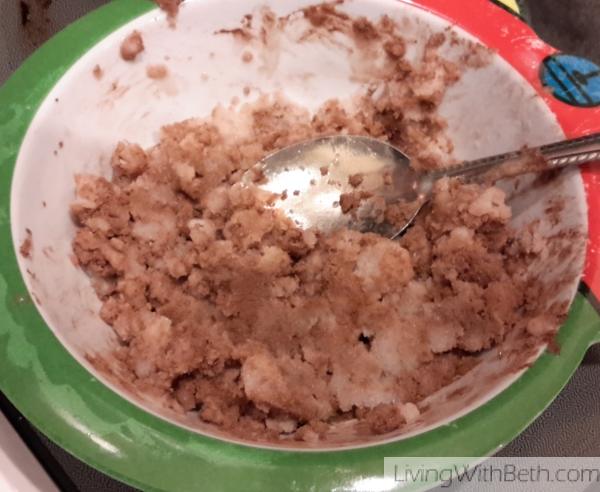 The snow ice cream probably would have been more attractive had it held together better rather than looking powdery, but it was absolutely delicious. I couldn’t believe something so simple could taste so yummy. This snow ice cream recipe will blow your mind! Schools have already canceled again for tomorrow since driving conditions remain dangerous, and we look forward to making more snow ice cream in the morning.

Mix all of the ingredients together in a bowl and serve. The recipe I used suggests putting the milk in your freezer for 30 minutes prior to making the snow ice cream. I tried it with and without pre-freezing the milk and didn’t notice much difference.