New Posts
How to Remove Scratches from Sunglasses
Look for These Changes When You Visit a...
Easy and Delicious Banana Bread Recipe
Scrumptious Easy Chicken Pot Pie Recipe
5 Things I Wish I Knew Before I...
10 Favorite Hamilton Quotes to Make You Smile
6 Amazing Self-Help Books to Read Now
What You’re Giving Away in Those Social Media...
What’s That Your Ancestor Died From?
LWB Most Popular Posts of 2019
Clothing & ShoesFamily & KidsHow-To 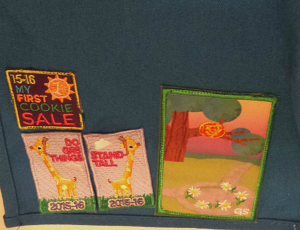 Girls Scouts is certainly a lot different now than when I was a member a really long time ago. One of my frustrations when my younger daughter became a Daisy last year was attaching Girl Scout patches to her vest.

Most of them look like they should iron on, but they either won’t iron on at all, or they fall off right away. I did some online research and found that many people were hand sewing them on, so that’s what I started to do. 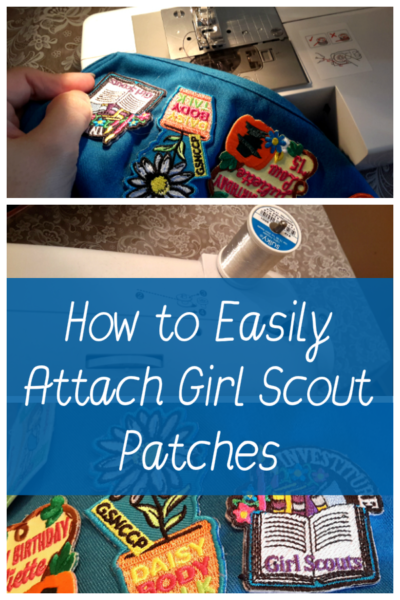 I asked a friend who has been a Girl Scouts troop leader for over a decade, and she suggested using needle and thread, too. The problem with this solution is that the patches are thick, and it’s hard (even painful) to put the needle through them.

Thankfully, I found someone online who recommended machine sewing Girl Scout patches. I hadn’t considered doing this because of the thread color issue, but this is solved by using clear thread on top and patch-colored thread in the bobbin.

I also thought attaching Girl Scout patches would prove beyond my meager sewing machine skills. I rank below amateur at machine sewing, having had my sewing machine for less than two years. I can sew hems and simple items like a super easy handbag or a pillow covering. 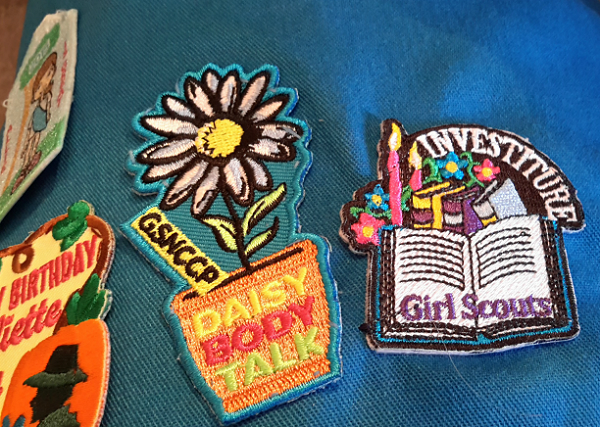 The first challenge with invisible, clear thread is that it’s amazingly thin and hard to see when trying to thread the machine. It also breaks easily, like several times when I was sewing on the patches. 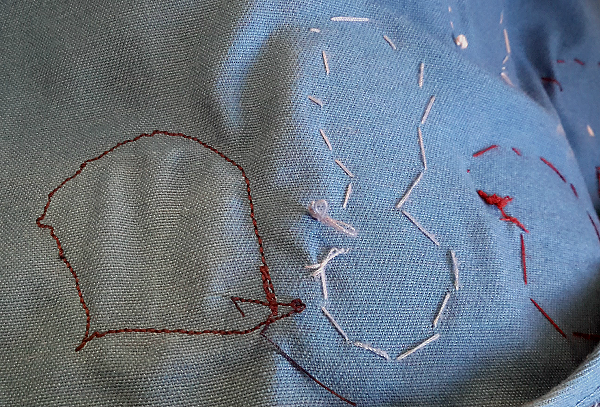 I’m including photos of both machine and hand stitching of Girl Scout patches, so you can see the difference.

How do you go about attaching Girl Scout patches? Do you prefer to iron them on, or do you hand or machine sew the patches?