New Posts
How to Remove Scratches from Sunglasses
Look for These Changes When You Visit a...
Easy and Delicious Banana Bread Recipe
Scrumptious Easy Chicken Pot Pie Recipe
5 Things I Wish I Knew Before I...
10 Favorite Hamilton Quotes to Make You Smile
6 Amazing Self-Help Books to Read Now
What You’re Giving Away in Those Social Media...
What’s That Your Ancestor Died From?
LWB Most Popular Posts of 2019
Consumer TopicsFood & Recipes 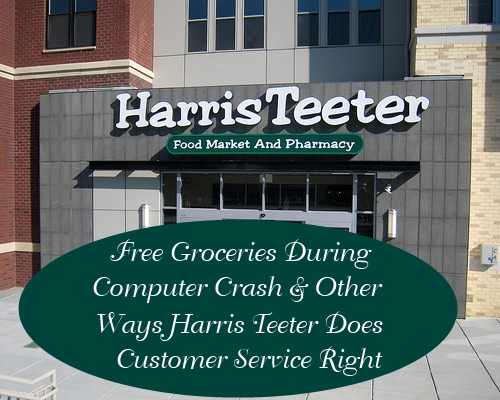 Customers in line at a Raleigh, NC Harris Teeter grocery store the other day waited and waited as store employees frantically tried to get their uncooperative computer system and registers running again. According to WRAL-TV, the manager decided after 15 minutes that the customers had waited long enough and let everyone who was already in line leave with their carts full of free groceries.

I live in a large urban area with a huge number of grocery stores. Within 5 miles of my house, in various directions, there are three Super Walmart stores and four Food Lion grocery stores, but, unfortunately, no Harris Teeter stores.

Sometimes I go to Walmart because there are things I can only get there. Occasionally, I’ll drop by Food Lion if I need something between large grocery shopping trips because there’s one on my way home from work and another within two miles of my house. Every month or two, I shop at B.J.’s for a few items that are good deals when purchased there in bulk, like ground beef, feta cheese and fresh mozzarella.

More and more, though, I’ve been doing my regular shopping at Harris Teeter, even though their closest stores are 8 or 10 miles away. That wouldn’t have been much for me many years ago when I lived in a rural area, but nowadays I’m bypassing numerous stores that are a heck of a lot closer in favor of a Harris Teeter.

Harris Teeter offers some really good deals, especially when combining coupons and sales, and their store brand items are inexpensive and of good quality. Harris Teeter also provides exceptional customer service. This isn’t particular to one store location. I shop mainly at two different Harris Teeter stores, and occasionally at some others if I happen to be near them.

To me, customer service isn’t about never making mistakes, because stuff happens. Everyone makes mistakes. It’s how a store deals with them that counts. Here are some ways in which Harris Teeter has won my business with their great customer service.

One shopping trip, I was getting some lunch meats at the deli, which is already a slow process. I still needed one more item when the clerk got called away to do something else, a task that took way longer than expected. After 5 or 10 minutes, he returned and apologized profusely for the delay, then gave me my last deli meat package – worth about $13 – at no charge. Now that’s making up for the inconvenience!

I may date myself here, but I remember when grocery stores had employees who bagged groceries and carted them out to customers’ cars. I cashiered at one such store one summer while I was in college. How many stores do that now? Harris Teeter not only offers to wheel out and load up your groceries, but if one of their carry-out employees isn’t available, a customer service rep or manager will do it.

Carry out service is a blessing to anyone with a small child (or children) who needs to be strapped into your vehicle and to the elderly or infirm who may have trouble loading their bags. I actually bag my own groceries if there’s no bagger around, to save time during checkout and give myself something to do rather than stand around. It’s the actual carry out and loading up that’s a big help to me. My 5-year-old daughter has a favorite Harris Teeter bagger/carry-out guy. She’s disappointed if he’s not the one to wheel out our bags.

One time while checking out at Harris Teeter, the cashier tried to ring up a package of ground Italian sausage, but the ‘best by’ date sticker had been placed over the UPC symbol. She gave me the item for free since she had no way of pricing it. This explains why you hardly ever hear a clerk ask for a price check or get held up in line behind someone waiting for one at Harris Teeter. 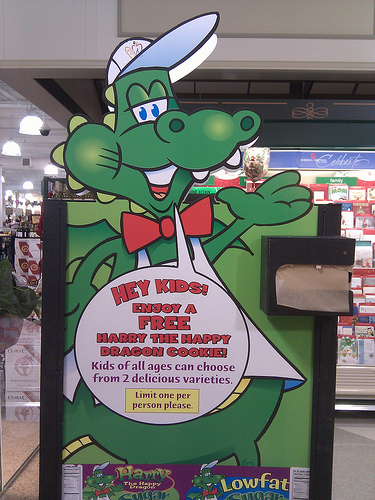 Lots of stores offer free food samples during peak shopping hours. However, Harris Teeter almost always has a free cookie stand, offering a free treat for kids who seem to always decide they’re hungry during grocery shopping, even if they’ve recently eaten a full meal. In addition to cookies for the kids and ample samples of fruit, veggies and other treats (sometimes even wine), the deli clerk will give you a free sample of meat or cheese to try upon request.

I always check my receipt to make sure items rang up as expected. One weekend, I bought four bottles of V8 Fusion because the pricetag said it was on sale for $2.50. The bottles rang up at full price, though – $3.89 each. On my next trip, I brought the bottles and the receipt, intending to return them. However, the person at the customer service desk refunded my $3.89 on one of the bottles for the incorrect scan and refunded the difference between $3.89 and $2.50 on the remaining three bottles, giving me cash back for the total amount. It’s not that those few dollars busted my budget, but I expect something that’s marked a certain price – especially a sale price – to ring up correctly.

My state, North Carolina, has laws governing correct UPS price scanning, but I still run across mistakes every so often. The state has even fined stores for violations of the law. Usually, by the time I’m able to return to the store to report a price discrepancy, the problem price sign has been removed, so I can’t prove that the product rang up for a price other than what was advertised. Harris Teeter didn’t make me prove it. They took my word for it, as a regular paying customer. I had no reason to lie, and was prepared to return all four bottles if necessary.

To save time, I sometimes use Harris Teeter’s online shopping service, meaning I order online and go pick up my groceries at the store without having to leave my vehicle. After one such shop, I got a phone call from Harris Teeter right after I returned from picking up my order, saying that they’d forgotten to give me my bag of frozen food and asking if it was okay for a manager to bring the bag to my house that evening. I said that would be fine. Later, someone showed up with the frozen food and a beautiful bouquet of flowers to apologize for their mistake! These weren’t flowers that were about to die, either. They looked lovely for almost two weeks.

As a side note, many Harris Teeter fans were nervous when Kroger announced their buyout of Harris Teeter, afraid of what it would mean for a relatively small grocery chain when a grocery giant took over. I haven’t noticed any negative changes. Actually, I’ve seen a lot of lower prices, particularly on staples and store brand merchandise.

How about you? Have you had any instances of spectacular (or spectacularly bad) customer service at grocery stores? 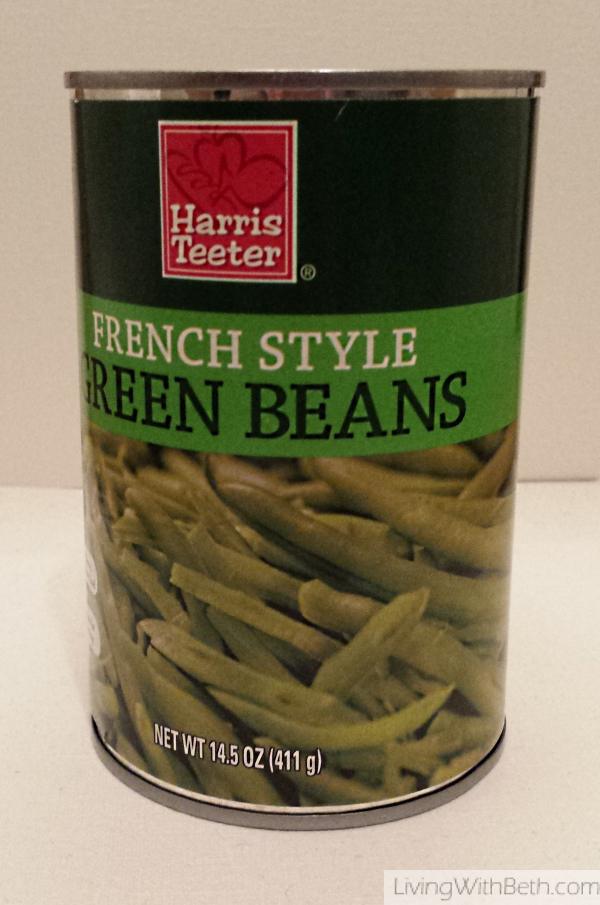