New Posts
Look for These Changes When You Visit a...
Easy and Delicious Banana Bread Recipe
Scrumptious Easy Chicken Pot Pie Recipe
5 Things I Wish I Knew Before I...
10 Favorite Hamilton Quotes to Make You Smile
6 Amazing Self-Help Books to Read Now
What You’re Giving Away in Those Social Media...
What’s That Your Ancestor Died From?
LWB Most Popular Posts of 2019
Amazon Echo Auto Review: Add Alexa to Your...
Bargains & Finds

Giveaway: Win a free trip to the MLS All Star Week from Chipotle #MLSAllStar

As part of its partnership with Major League Soccer, Mexican fast-casual restaurant chain Chipotle is sponsoring a giveaway of a VIP travel package for four to the MLS All Star Week in Colorado.

The prize package includes airfare, hotel, meals and pocket money, plus special invitations and passes to MLS All Star Week games and events. 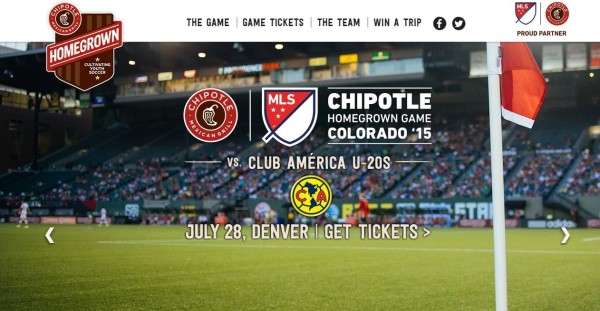 The 2015 AT&T MLS All Star game happens on the following night, July 29, 2015. Fans can enter the Chipotle MLS All Star sweepstakes by texting the word Homegrown to 888222 by July 5, 2015. You can find the complete sweepstakes rules here. 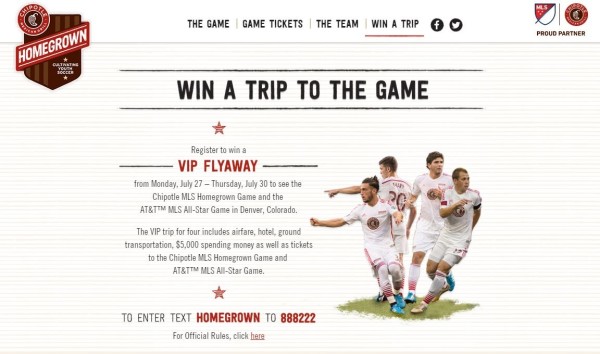 Founded in 1996, Major League Soccer encompasses 20 professional soccer teams from across the U.S. and Canada. Fans can vote online through July 3 at 3 p.m. ET for their favorite players to participate in the MLS All Star Game. You can vote multiple times using three different voting options.

The Secret to Saving on All of...