New Posts
How to Remove Scratches from Sunglasses
Look for These Changes When You Visit a...
Easy and Delicious Banana Bread Recipe
Scrumptious Easy Chicken Pot Pie Recipe
5 Things I Wish I Knew Before I...
10 Favorite Hamilton Quotes to Make You Smile
6 Amazing Self-Help Books to Read Now
What You’re Giving Away in Those Social Media...
What’s That Your Ancestor Died From?
LWB Most Popular Posts of 2019
Family & KidsGift Ideas 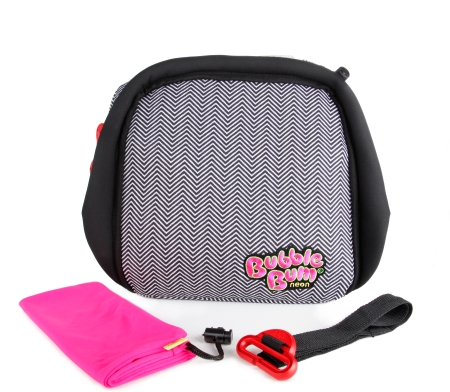 If you ever need to haul an extra kid in your car who needs a booster seat, you’ll love having a BubbleBum tucked away in your vehicle for just such situations. BubbleBum USA provided me with a sample seat in return for an honest BubbleBum review.

If you think BubbleBum is just a blow-up pillow, you’re in for a surprise. It’s actually quite substantial and takes very little effort to inflate. When you’re done using it, simply open the blow hole, roll it up and place it back in its stretchy carry bag. My 10-year-old testing assistant blew it up quickly with no trouble.

BubbleBum’s bag won’t take up much room in storage in a car trunk, hatch or luggage carrier compartment, but I don’t think it would fit in a glovebox, unless you have an exceptionally large one.

The booster seat positions a child correctly for a vehicle lap and shoulder belt just like a standard one and seems at least as comfortable. The seat material seems thick and sturdy, and you can optionally use the included positional belts for increased comfort.

Once you deflate BubbleBum and return it to its bag, you can easily transport it where ever you may need it, including on vacations for use in rental cars and taxis. It weighs less than half a pound, so you won’t mind carrying it around in a backpack or suitcase.

You can use BubbleBum for children over four years of age who need a car booster seat for belt positioning, but not for kids who still need a five-point harness seat. In most states, this means kids up to age 8 or weighing more than 80 pounds. The seat’s documentation says you can use it for children ages 4 to 11 and weighing 40 to 100 pounds, up to 57″ in height. 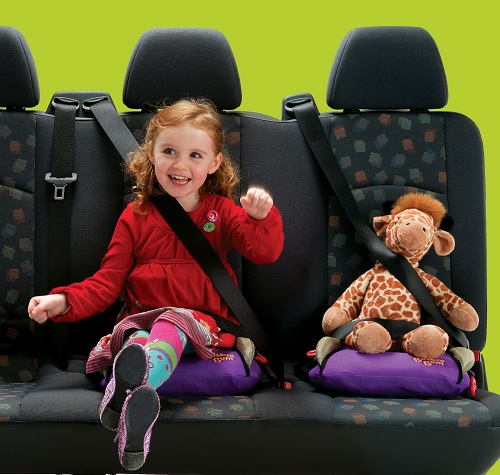 BubbleBum measures 13″ by 13″ by 4.5″ inflated and costs about the same as many lower priced booster seats – about $30 at Amazon. Its size means that it may let you fit three youngsters instead of two in the backseat of a vehicle, since BubbleBum doesn’t take up as much space as a standard booster seat.

BubbleBum is government approved for usage as a vehicle booster seat for children, and the Insurance Institute for Highway Safety named it a “Best Bet Booster” in 2011. Grandparents who occasionally transport grandkids, carpooling parents or those who travel with small children would be grateful for having BubbleBum at their disposal.

5 Secrets to Getting a Healthy Breakfast Into Your Kids

Save 15% Off Transformers, Free Shipping at...