New Posts
Eat This Instead of That
How to Remove Scratches from Sunglasses
Look for These Changes When You Visit a...
Easy and Delicious Banana Bread Recipe
Scrumptious Easy Chicken Pot Pie Recipe
5 Things I Wish I Knew Before I...
10 Favorite Hamilton Quotes to Make You Smile
6 Amazing Self-Help Books to Read Now
What You’re Giving Away in Those Social Media...
What’s That Your Ancestor Died From?
Education & HobbiesEntertainmentFamily & Kids

Beyonce is Related to Royalty; You and I Are, Too 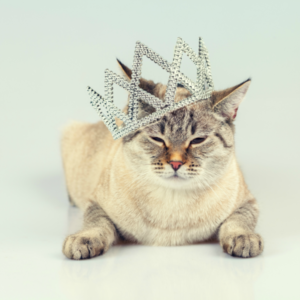 The idea that we’re all related – all humans, that is – is hardly new. However, a fascinating genetic study from thousands of Europeans seems to show that we all share common ancestors from a lot more recently than you’d think.

The study’s authors, Peter Ralph and Graham Coop, compared genetic data from 2257 people across Europe. The researchers concluded that, with few exceptions, just about any two individuals “from almost anywhere across Europe today share hundreds of genetic ancestors from more than 1500 years ago.” People living in the same country likely have many common ancestors from the past 500 years.

In addition, the researchers surmise that two people living on opposite sides of Europe today share at least one common ancestor from the past 1000 years. Based on the study’s findings, the authors theorize that everyone in the world is related over just the last few thousand years. 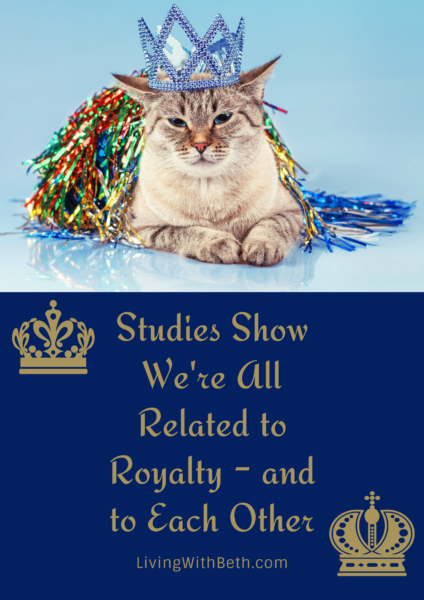 A Yale statistician named Joseph Chang used math, not genetics, in 1999 to prove that everyone alive today shares fairly recent common ancestors. His paper explains why all individuals from the distant past who have any descendants living today are actually ancestors of all people living today.

I found a post that does a pretty good job of explaining Chang’s math in layman’s terms. It comes down to the fact that there were so few people alive 1000 years ago compared to today, that we can’t help but have relatives in common.

I watch genealogy TV shows such as “Who Do You Think You Are,” and just the other day, an episode revealed that another celebrity guest, Courtney Cox, was distantly related to British royalty. She’s descended from William the Conqueror, who lived roughly 1000 years ago.

If numbers don’t lie, then Chang’s math proves that if someone who lived 600 to 1000 years ago still has descendants alive today, we’re all that person’s descendants. Remember that Queen Elizabeth II is one of many known descendants of William the Conqueror.

Someone has also linked Beyonce Knowles as a distant cousin of the British queen. Genealogists have found that dozens of other famous people can claim distant family ties to British royalty as well. After reading the research papers of Coop, Ralph and Chang, I’m convinced that you and I are related to royalty, too, probably British royalty in my case given that my genetic ancestors hail from Europe.

If you’re related to any royal family in Europe, you’re probably related to the British royal family as well. Royalty used to prefer marrying royalty across Europe, leading to frequent intermarriage of close cousins (such as Queen Victoria and her first cousin, Prince Albert) and tying the remaining royal houses of Europe as not-too-distant relations.

It really is a small world.  No matter who you are or where you live, we might have common ancestors going back a few hundred or a few thousand years.

What famous person, living or dead, would you like to be related to? Why? Check out more of my genealogy posts at this link.

How to Get Free, Legal Celebrity Photos For Your Blog