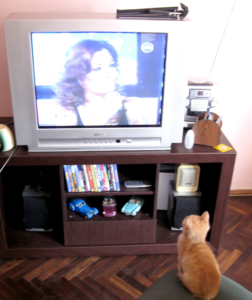 While an Internet streaming TV device like Roku works best with a subscription to Amazon Prime or Netflix – or both – Roku has a significant number of free channels that you may want to check out. Here are a few examples.

Whether you love current hits or songs from previous decades, Vevo probably has many of your favorite music videos. You can find selections from Duran Duran’s “Hungry Like the Wolf” and “New Moon on Monday” to One Direction’s “What Makes You Beautiful” and Lady Gaga’s “Poker Face.”

The PBS channel lets you access a fair amount of favorite grown-up television, including recent episodes of “Downton Abbey,” “Nature,” and “Nova.” You can also get the PBS Kids channels to catch children’s fare.

The TV Guide channel offers a good selection of full episodes of their Count it Down series, including “Academy Awards: Iconic Stars,” “Movie Sequels,” “Biggest Movie Flops” and “Iconic Movie Looks.” In addition, you can find short interviews with stars as well as television and movie sneak peaks.

Weathernation lets you enter your city to bring up your local forecast or watch national broadcasts of weather news and conditions.

Whether you’re a news junkie or you just want to see the latest stories, NBC News has you covered. You can select individual news stories from the past few days or stories from shows such as “Dateline,” “Today” or “Meet the Press.” You can also browse by topic, including “Weird News.”

The Smithsonian Channel has some full episodes that may interest history buffs, such as “The Origins of Oz” about L. Frank Baum and “The King’s Skeleton: Richard III Revealed,” which follows the discovery of King Richard III of England’s bones.