New Posts
Look for These Changes When You Visit a...
Easy and Delicious Banana Bread Recipe
Scrumptious Easy Chicken Pot Pie Recipe
5 Things I Wish I Knew Before I...
10 Favorite Hamilton Quotes to Make You Smile
6 Amazing Self-Help Books to Read Now
What You’re Giving Away in Those Social Media...
What’s That Your Ancestor Died From?
LWB Most Popular Posts of 2019
Amazon Echo Auto Review: Add Alexa to Your...
Gift Ideas 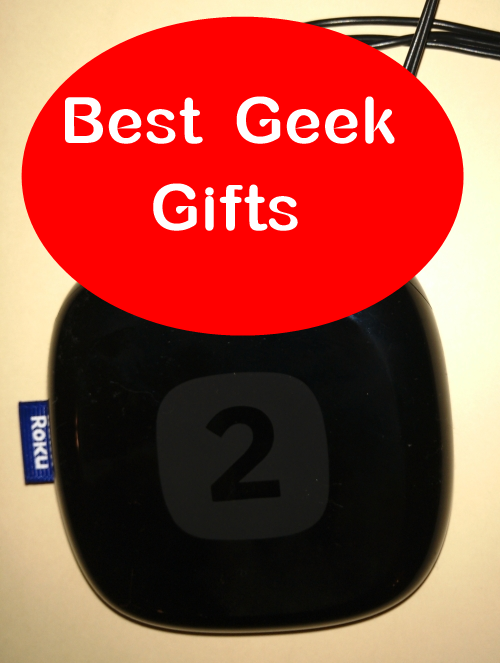 . Sure, other options exist, such as Amazon Fire TV

($99.99), which offers fewer channels than Roku and no ability to hook it up to an older TV set. Google Chromecast

($32.49) also requires an HDTV, and doesn’t come with a remote control – you have to use an Android or iOS device to control it using an app. A Roku 2 device works with almost any television set, comes with a remote control, and includes hundreds of channels, including free, paid and pay-per-view.

go a step beyond watching Internet streaming TV by providing a way to watch live broadcast programming and record it to view later on all the TVs in your house with compatible devices, such as Rokus.  TabloTV lets you share one HD antenna with the whole house and gives you a whole-home DVR service that costs about $300 for the equipment and $5 a month for the guide. You don’t have to buy the guide, but it makes finding shows and movies to record much easier.

Nerd Block lets you send a monthly subscription box of geeky items to a recipient of your choice for whatever length you choose. Each monthly box costs about $20 and contains a T-shirt along with an assortment of other fun items, such as sci-fi figu

costs $199 and weighs just 1.5 pounds. Measuring 2.3″ by 7.1″ by 2″, the speaker connects wirelessly to a Bluetooth device and runs up to seven hours on its rechargeable battery.

cost only $14.99 and weigh 3.7 ounces. They feature swivel ear cups so that they can lie flat for easy storage.

Best monthly gift box: Which one is...

25% Off Sitewide Cyberweek Savings at Walgreens.com