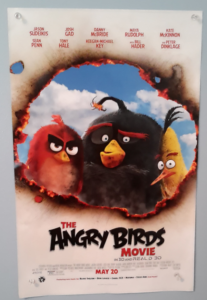 I jumped at the chance to attend an advance screening of the Angry Birds Movie in 3D, not because I had any desire to go, but because both of my daughters, ages 12 and 6, really wanted to see it. I wasn’t expecting much, given the material available to work with.

In case you’ve never played the very popular and addictive Angry Birds game from Rovio, it involves flinging birds using a slingshot at green pigs who have stolen their eggs. The birds are angry because the pigs stole their eggs. Not much story there, huh? 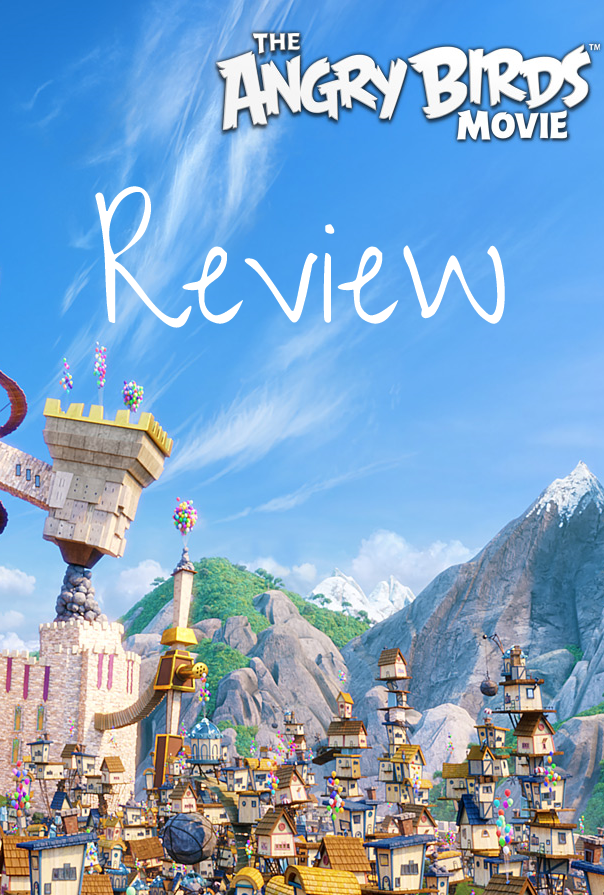 Amazingly enough, some folks actually came up with a pleasant storyline, complete with enough action and slapstick gags to thrill the kids along with a few under-the-radar jokes for grown-ups and classic tunes. The standard Angry Birds theme song is heard for only a short time.

The Angry Birds Movie takes place on a lovely island paradise where the bird inhabitants are, for the most part, happy, kind and naive. To them, eggs are the equivalent of babies to us humans – priceless, fragile treasures. Fortunately, they’ve had little to fear in their little slice of heaven. 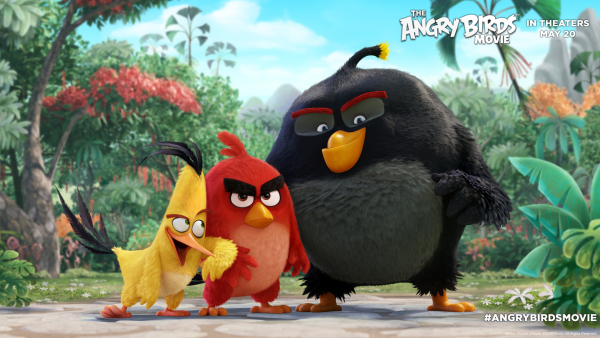 One bird who doesn’t fit the mold of his Pollyanna peers is Red (voiced by Jason Sudeikis), who gets in trouble with the law. The judge hands down the most extreme punishment possible – anger management therapy.

Disliked for his temperamental nature and forced to live on the outskirts of town, Red is used to his solitary existence and resists the friendly overtures of his fellow anger management participants, Chuck (Josh Gad, famous for voicing Olaf in Frozen) and Bomb (Danny McBride). Limited time offer! Buy 3 tickets to The Angry Birds Movie and get the 4th free – use coupon code BIRDS at checkout.
Offer valid through 9AM PST 5/20 or while supplies last.

Most of the wide-eyed, trusting birds welcome the pigs, taking their friendliness at face value and embracing the outsiders wholeheartedly. Red immediately becomes suspicious of the pigs’ motivation, but only his new anger management buddies share his concern.

The three head off on a quest to find the legendary protector of Bird Island, Mighty Eagle (Peter Dinklage), who tells them they’re on their own. Disappointed, Red, Chuck and Bomb head back home, only to discover that Red had been right all along. The pigs have absconded with all of the island’s eggs. The gang arrives just in time to cause enough damage to the pigs’ boats to leave a trail back to their island. 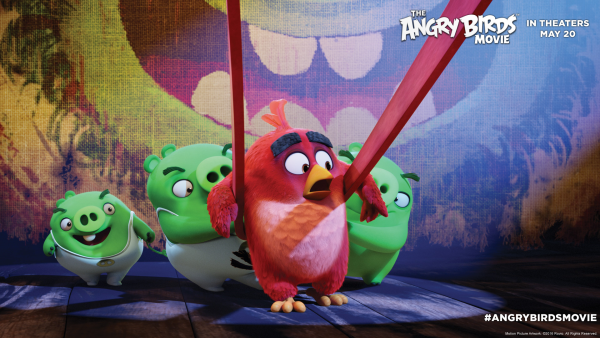 Now the birds become really angry, willing to do anything to rescue their offspring, while Red gets a chance to channel his anger for constructive purposes and possibly become a hero in the process. He also learns that he’s not such an outcast after all, and that it’s nice to have friends.

My kids loved this movie, and I was impressed at what the filmmakers did with so little starting material. Sure, Rovio has their own Angry Birds Toons streaming channel with some cute shorts featuring the famous birds and green pigs. However, like in the game, the toons pigs and birds don’t say much, if anything.

Someone (or a team of someones) took the simple premise of Angry Birds trying to rescue their precious eggs from evil green pigs, and made an entertaining feature film out of it. The concept reminded me of the Minions movie, also involving popular characters from somewhere else (in the case of the Minions, the Despicable Me movies) and giving them a fun backstory and a chance to further advance the franchise with fans. 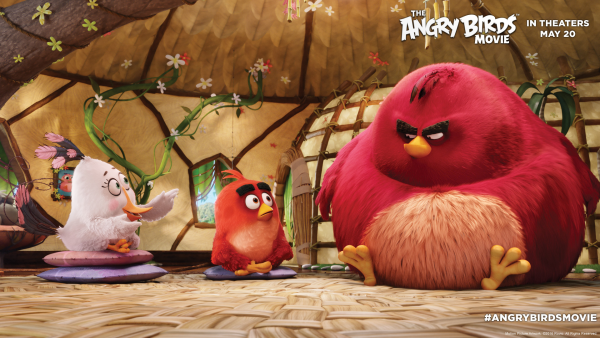 The Angry Birds Movie is rated PG and contains some cartoon violence, minor language (“oh my God”), toilet humor (one character urinating for a long time with a visible yellow stream) and a bit of flirting between characters.

It’s implied that the Mighty Eagle character might have a bit of an alcohol problem. Birds end up having themselves hurled via slingshot into the pig city, attempting to rescue their eggs, but nobody gets seriously hurt.

Have you or your kids played Angry Birds? Do you plan to take the kids or grandkids to see the Angry Birds Movie?

How to Get Showtime & Starz Without Cable or Satellite