New Posts
Eat This Instead of That
How to Remove Scratches from Sunglasses
Look for These Changes When You Visit a...
Easy and Delicious Banana Bread Recipe
Scrumptious Easy Chicken Pot Pie Recipe
5 Things I Wish I Knew Before I...
10 Favorite Hamilton Quotes to Make You Smile
6 Amazing Self-Help Books to Read Now
What You’re Giving Away in Those Social Media...
What’s That Your Ancestor Died From?
Family & KidsTechnology 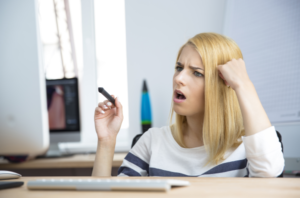 Ancestry.com’s “hints” are one way the site tries to make genealogy research easy for beginners. While hints are often helpful, they’re also fraught with issues that can trick even experienced family historians.

How can you know how to handle Ancestry hints for the relatives in your family tree? Keep these 10 rules in mind before you accept them.

One of the most common problems I hear about from other genealogy researchers is figuring out whether you’ve got the right person when there are so many people with the same or similar names.

Whether you’re doing your own research or looking through Ancestry.com’s hints, you’re liable to run into this problem. Not all of my maternal ancestors have common last names, but most of them have surnames that are common to the area where they lived. That means plenty of men and women with the same name living near each other.

For example, after my maternal grandmother married my grandfather, she had the exact same first and last name as Grandpa’s sister, who never married. They always lived within a mile of each other in the same town.

In other cases, brothers who lived near each other would sometimes give their children the same first names. The cousins might have gone by nicknames or middle names to avoid confusion during their lifetimes. It becomes more difficult 100 years later for a genealogist looking to match the right people to the right spots on a family tree.

With experience, you’ll get better at making sure you’ve got the right person. Ask yourself these questions. 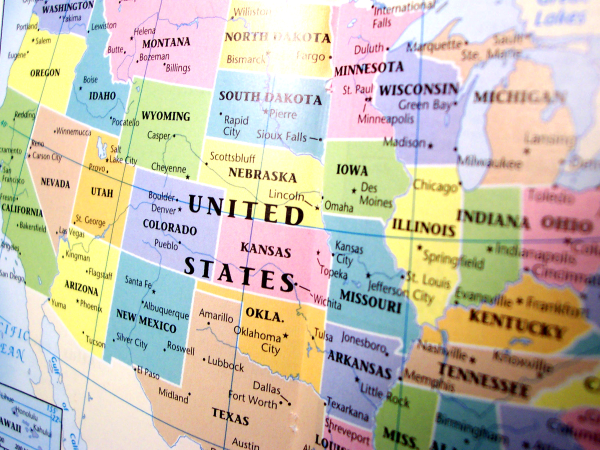 Pay Attention to Places and Other Details

Let’s say you find a birth certificate for a relative that shows that person’s birthplace as Chicago.

Even if the individual born in Chicago has the same name and birth year, it’s unlikely that he’s your relative. His mom had to have been there when he was born, and records don’t show her ever living in Chicago. It’s unlikely that she traveled there just to give birth if she lived in Pittsburgh. 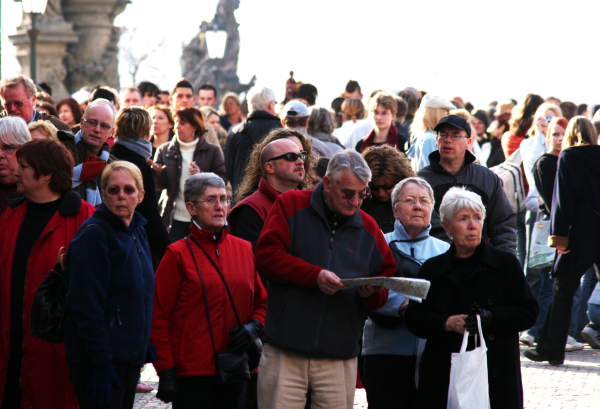 I researched the genealogy of someone with a surname that I didn’t consider terribly common. However, it’s apparently very common among 19th century Irish immigrants.

I had to stay vigilant when looking at hints and searches to make sure that I stayed in the right part of Pennsylvania. Some of the (correct) ancestors I sought moved around a bit, so they’d show up in different cities, but still in the same general area of Pennsylvania. I don’t know the location of every city or county in the state without looking at a map.

Check the Image, Not Just the Transcription

Ancestry’s transcriptions of genealogy records are usually pretty decent, but I have found errors. One U.S. Census transcription, for example, showed my widowed great-grandmother and her infant daughter living with a family whose names I didn’t recognize.

It would have made sense for her to live with her parents after her first husband passed away. They were still alive and still located in the same house.

It wasn’t like they’d died or moved away, so I knew something was fishy. I checked the actual Census image and found that it listed both of them as living with my great-grandmother’s parents, as expected. 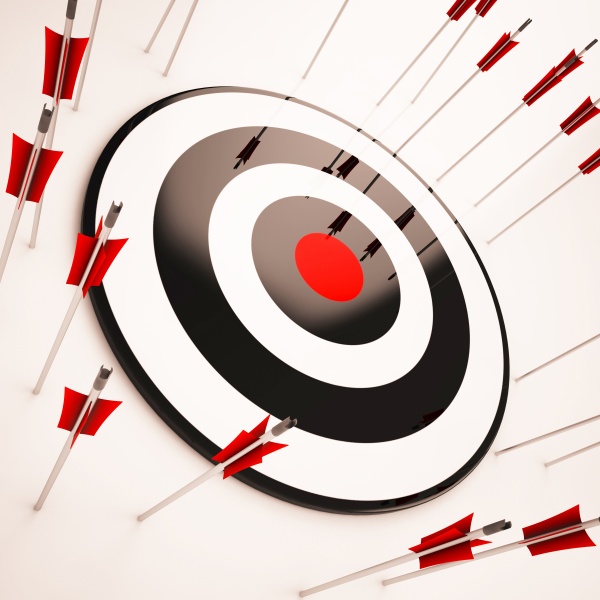 Nobody checks online family trees for accuracy, so their veracity varies widely. They can sometimes be helpful in getting you past a brick wall, using other people’s research to spur additional research of your own.

However, I never depend on other people’s trees entirely as sources. They just aren’t reliable enough.

Take Your Time and Look Around

There’s no reason to be in a hurry to accept Ancestry hints. They’re not going anywhere.

If you reject a hint, by clicking Ignore from the list or No after reviewing the record, you can still go back and look at it again later.

In fact, as you’re reviewing your hints, you might see additional helpful links over on the right side in Ancestry.com. I’m not sure why, but sometimes I find links that apply to a relation in that right pane area that didn’t show up in hints. If I automatically click right away to accept or reject the hint, I miss those other documents. 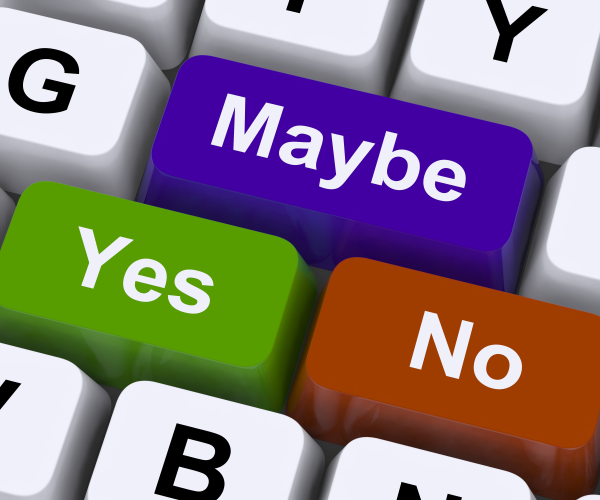 If you’re anxious to clean out your list of hints for a relative, there’s an alternative to accepting or rejecting them outright. Once you click on Review, you can choose Yes, No or Maybe.

Clicking Maybe moves the hint to a kind of holding area. You can go back to it anytime and review it again after you have more information.

Genealogists follow the same types of standards of other researchers, breaking down sources into three basic levels of quality.

If you’re unsure if you can eliminate a hint as entirely not applicable to your relative, you can click Maybe, even if you’re leaning toward the third category. Then, you can come back to it later if new information emerges. 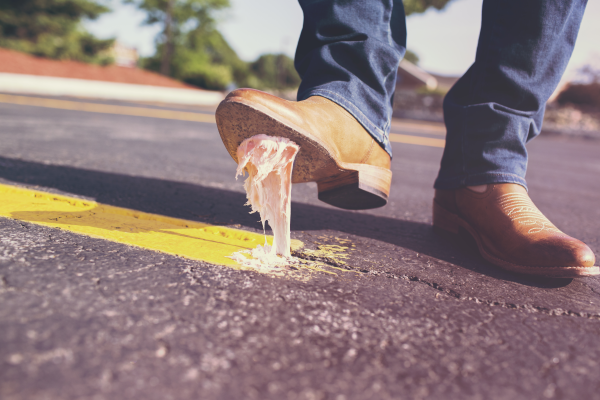 After you accept a hint, you’ll see the information that the record wants to add to the associated relative in your family tree.

It might also offer to add more people who are also listed on the record. However, it’ll bring up the names as they are spelled on the record’s transcription. If it’s suggesting that you create new people, it might spell a surname incorrectly on all of those people that it creates if it’s spelled that way on the record or on the transcription.

For example, say your relative’s last name is Joseph McDaniel. A Census record shows him with his family, spelling their last name McDaniels. Before accepting the creation of all these family members, you’ll need to individually go to each of the suggested additions and remove the S from the end of McDaniel. 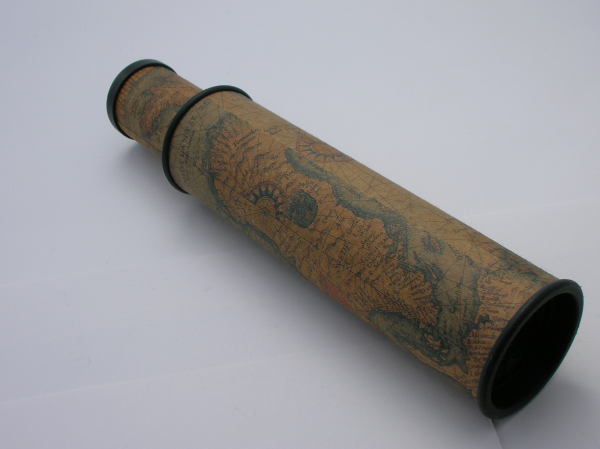 When you accept a record on Ancestry and it brings up the list of other relatives on the same document, it’ll suggest matches with people you already have in your tree.

Sometimes these matches are spot-on, but sometimes they’re way off. Sometimes Ancestry can’t find a match for someone you do already have in your tree.

For example, let’s say you bring up the Census record for your relative, Joseph McDaniel. He has a daughter named Sarah Victoria McDaniel.

You already have Sarah McDaniel listed in your tree, but the Census shows her as Vicky McDaniel. Ancestry might not catch this, so you’ll need to manually select the right match rather than letting Ancestry create a whole new person named Vicky McDaniel as a daughter of Joseph McDaniel. That’s how duplicate relatives sometimes get created in trees. 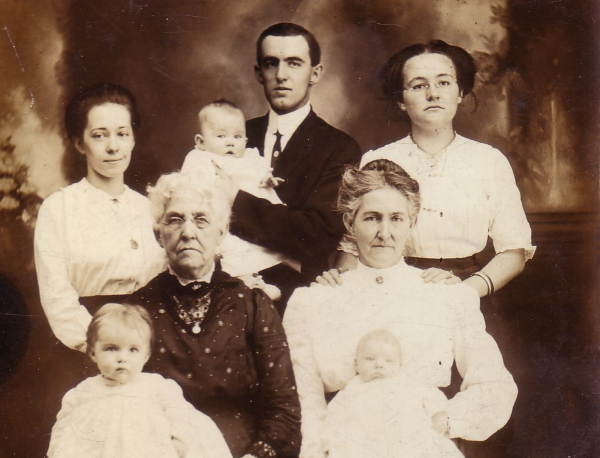 Historically, married women are almost always listed in historical records by their married name. However, be sure to keep them listed in your family tree by their maiden names. If you don’t know the maiden name, leave it blank, and fill it in later after you find it.

If you accept a hint for a married man and Ancestry attempts to add his wife, be sure to remove the last name and leave it blank before accepting the hint. You’ll want to research that person’s family under her maiden name as well as her married name. Ancestry will automatically look for hints under both names and will try to find hints as to the maiden name if you leave it blank.

While Ancestry.com hints can be fantastic and very useful, they’re not the be all, end all of genealogy research. Keep searching on your own, too.

You can take actions as part of your own searching that increase your likelihood of finding more information on your ancestors. For example, keep tweaking the search by adding different possible spellings of a last name.

Ancestry does this already to some degree, but you’ll be surprised at what you find if you add different last name spellings. For instance, for the last name McIntire, you might enter McIntire MacIntire McIntyre MacIntyre in the last name search field box.

You might also tell the search to only look for people whose dates of birth are within 5 years of your ancestor’s.

You can limit the search to only the United States if you know that he/she always lived in the U.S. and especially if your Ancestry subscription only covers the U.S. You can also uncheck boxes for records that you don’t want to see, such as photos or other people’s family trees. Photos are nice to have, but not of any particular use when you’re looking for basic genealogical information on someone.

What advice would you add to this post for dealing with Ancestry.com hints? 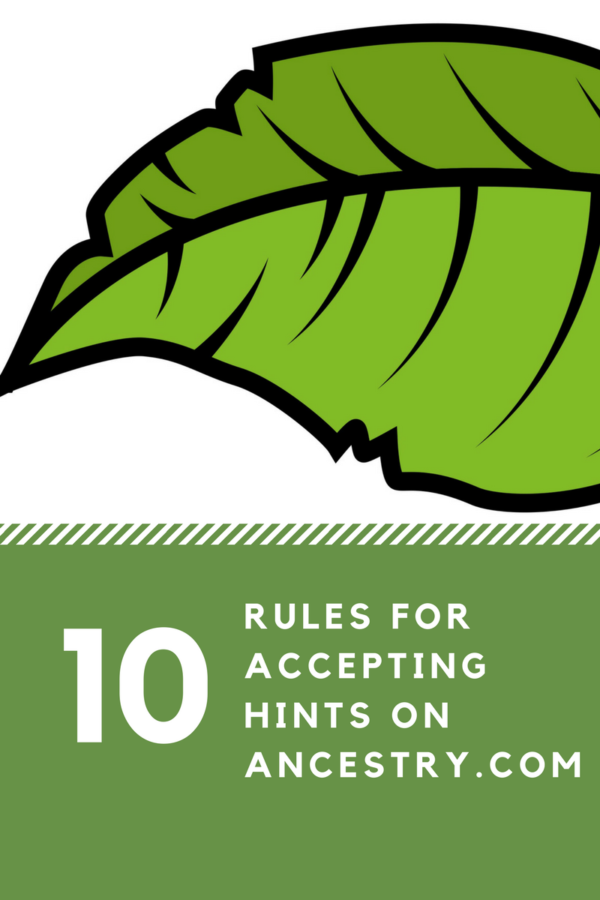 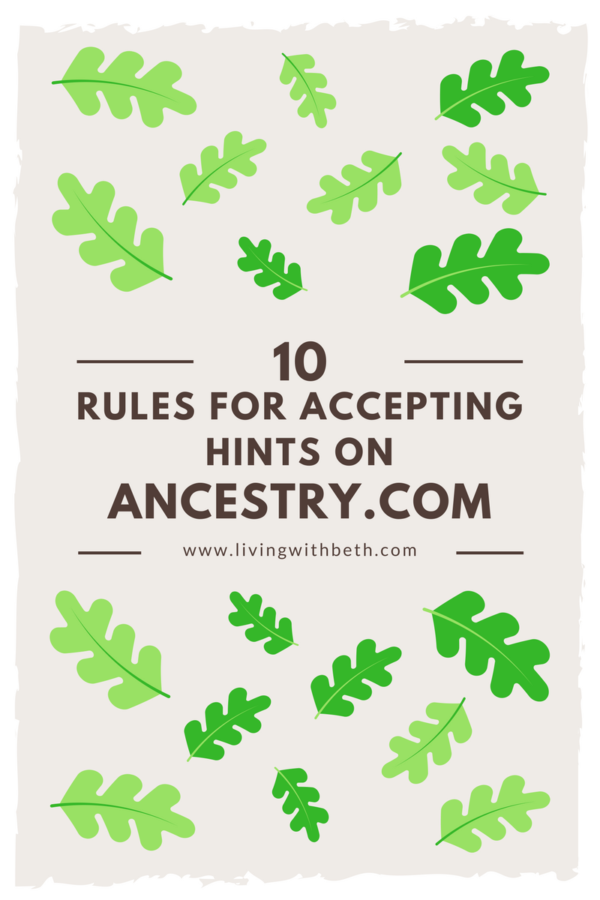 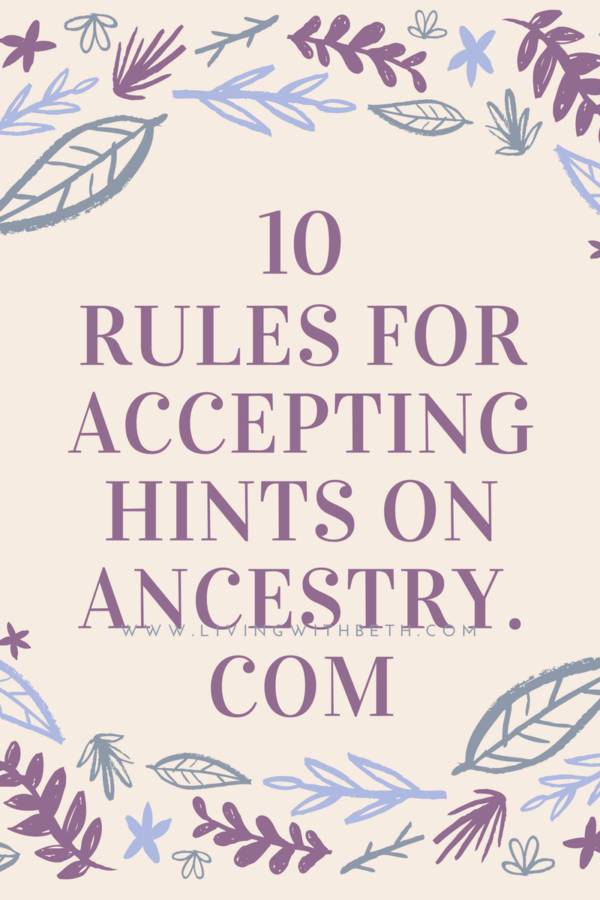