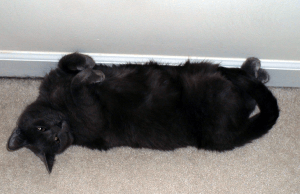 Despite the Christmas holiday, my family has been feeling gloomy. Our beloved elderly cat, Mimi, went downhill quickly and passed away in the early hours of December 24.

As a lifelong cat lover, I’ve known many cats. Mimi was the last survivor of three cats my husband and I adopted right after we bought our first home in early 1999. All three were wonderful pets whom we mourned deeply.

However, Mimi was an extraordinary cat in a number of ways. The way she lived her life could set an example for humans as well. Here are some things we can learn from a petite gray kitty named Mimi, may she rest in peace. 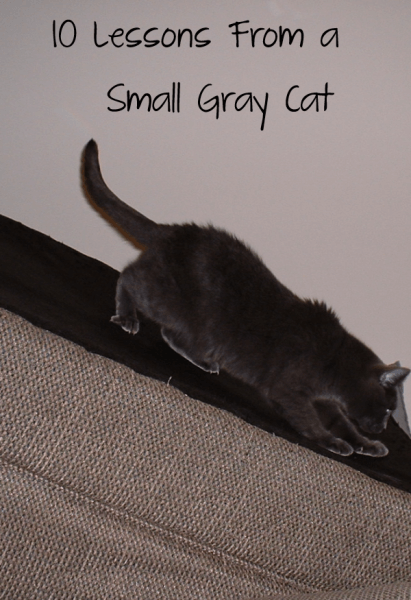 Mimi wasn’t afraid of much. She didn’t mind the vacuum cleaner monster. Mimi wasn’t even inclined to move so I could vacuum under her. I had to vacuum around her.

Mimi would let strange children pick her up and carry her around. She never ran or hid from anyone of any age.

She was the most tame, docile and friendly cat you could possibly have, except when she was taken to the vet. At the vet’s office, she turned into a vicious wild animal. Switching to a mobile vet who came to our house helped some, but she wasn’t fooled. 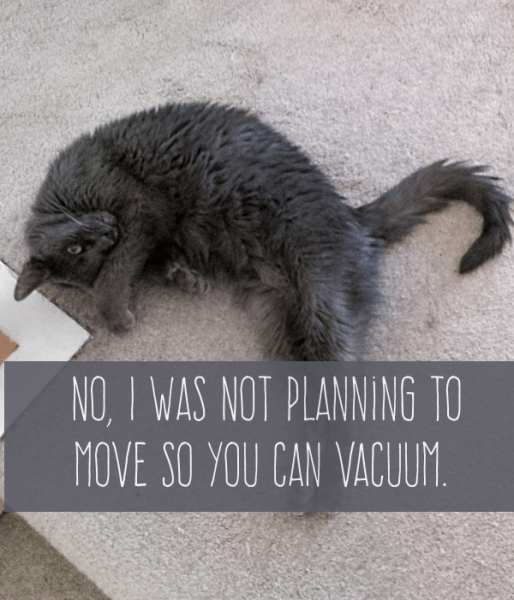 Appreciate Where Your Meals Come From

Until the last year or so of her life when she was too feeble to jump very high, Mimi used to wait in the upstairs window for me to come home from work. She knew when it was time for me to arrive, and I could see her in the window when I drove up the hill toward my house.

As soon as she spotted me, she darted downstairs to the garage door so she could meet me there. She knew that it was mealtime when Mama came home, since I was generally the one who fed her.

Assume Everyone is Your Friend

Mimi approached every visitor to our house, including friends, repairmen, handymen and neighbors. She acted like everyone who came to the door was there to see her.

I can’t tell you how many times someone would say, “This cat likes me,” while I thought to myself, this cat likes everyone. If I’d ever met someone Mimi didn’t like (besides a veterinarian), I’d wonder about that person.

When we moved to a larger house about 10 years ago, our other two cats, Rocky and Paula, huddled under beds and hid from all the newness and activity for a few days. Meanwhile, Mimi excitedly explored the entire house and discovered the comfortable sunny spots where she could stretch out for naps.

Long before we met Mimi, she was adopted as a kitten, then returned to the shelter when she was nearly a year old. She apparently didn’t waste any time moping about the loss of her first humans. She came right up to my husband and me at the kitty foster home and convinced us to take her home.

Whoever those people were who decided to return Mimi to the shelter, I am eternally grateful to them. They don’t know what they missed. 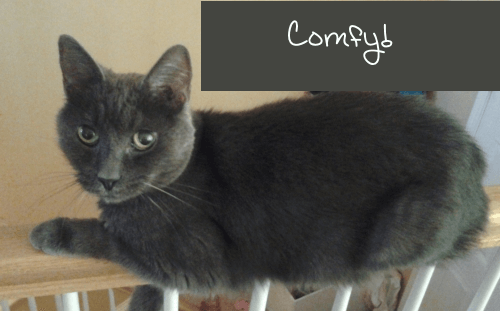 Get Lots of Exercise

Until her final year or so, Mimi liked to walk across the banister near the stairs and even sit there for periods of time. At our old house, she’d jump from the love seat to the top of the entertainment center – at least a 10-foot leap. She liked to look down on people from her perch up there. 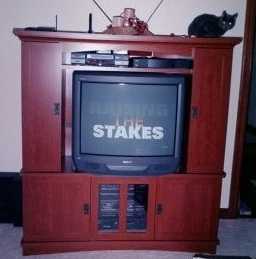 Look to the Future

When we brought home our first baby from the hospital, we placed her down gently in the living room and encouraged the cats to sniff her. They each gave her a cursory sniff, then moved on.

Our firstborn was quite a screamer, but the cats didn’t mind too much as long as they could still sit on my lap and get petting. Mimi, a very vocal cat, took a particular liking to the little human, thinking she was some sort of kindred spirit.

When the baby turned into a toddler who liked to chase the cats, Paula and Rocky ran, but Mimi stood firm and took whatever attention was available. From a toddler, that attention isn’t always pleasant for a cat.

It takes awhile for a small child to become trained not to pull the kitty’s tail or fur and generally behave appropriately toward a cat. Mimi took it all in stride, knowing that this child was going to learn how to pet a cat properly at some point, and she did. 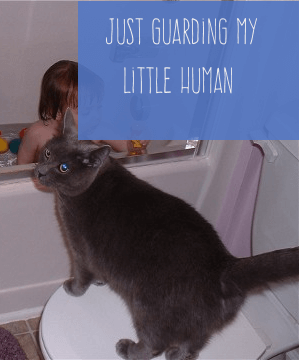 Mimi loved our second daughter, too, and was exceptionally patient while the child learned the proper way to love up to a cat. She wanted to be the kitty getting all the attention when the kids learned how to stroke a cat.

Almost four years ago, Mimi was diagnosed as hyperthyroid. We tried all the medication options, including transdermal, but all of them made Mimi violently ill. She even refused to eat the special (expensive) thyroid food.

Mimi became so ill that I held her in my arms and cried, thinking that she was done for. However, a friend suggested I switch Mimi to Fancy Feast

food in hopes that she would eat enough to sustain her despite the hyperthyroidism.

That’s exactly what happened. She loved her Fancy Feast so much that she ate several cans of it a day, which was enough to keep her alive despite her diagnosis. My research told me that hyperthyroid cats without meds would live six months to a year, at most. Mimi lived for almost four years.

I also credit Azodyl capsules with helping to extend Mimi’s life. My sister’s vet had recommended Azodyl, and she believes it helped her cats live to their late teens.

Mimi looked like a run-of-the-mill gray house cat. As much as she yowled, though, you’d swear she had some Siamese in her. 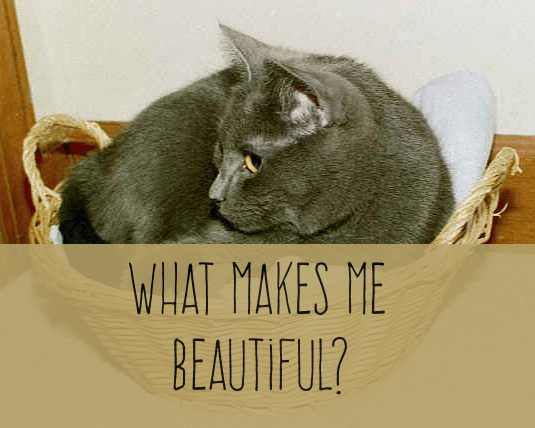 We were told when we adopted Mimi that her mom had been a full-blooded ragdoll breed cat, something that meant absolutely nothing to us at the time. We were just selecting a friendly and affectionate kitty companion. I’d never even heard of ragdolls.

Mimi certainly didn’t look anything like ragdoll cats, which have long, fluffy coats and tend to weigh upwards of 10 to 15 pounds for a spayed female. However, she had all of the positive personality traits of ragdoll cats. They are generally docile cats who will let people carry them around like a ragdoll.

As mentioned above, Mimi looked like a plain gray, short-haired cat. She probably never weighed more than 8 or 9 pounds, but her out-sized personality made up for her lack of stature.

Pay Attention to Your People

Most cats probably know their names and “here kitty kitty kitty,” but little else. Mimi knew the most important words, like Mimi, pet and petting.

A few years ago, my older child said, “Mimi, would you like some petting? Meow once for yes or twice for no.” Mimi responded with, “Meow.”

Another time, I was at the bottom of the steps helping my younger daughter put on her shoes when Mimi sauntered past us and into the downstairs hallway. My daughter said, “Let’s pet Mimi for awhile!” Mimi turned around immediately and came right back to us, then put her paws up on me as if to say, “Great idea!”

My kids never knew life without Mimi. We adopted her years before either of them were born. She also hung around the kids all the time. She was never bothered by their noise or activity. We all miss Mimi terribly.

Do you have a special kitty in your life? Have your kids had to cope with the loss of a beloved pet?