New Posts
How to Remove Scratches from Sunglasses
Look for These Changes When You Visit a...
Easy and Delicious Banana Bread Recipe
Scrumptious Easy Chicken Pot Pie Recipe
5 Things I Wish I Knew Before I...
10 Favorite Hamilton Quotes to Make You Smile
6 Amazing Self-Help Books to Read Now
What You’re Giving Away in Those Social Media...
What’s That Your Ancestor Died From?
LWB Most Popular Posts of 2019
Family & KidsHow-To

10 Common Genealogy Mistakes and How to Avoid Them 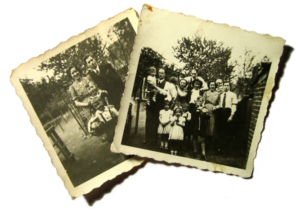 I’ve researched my family’s genealogy for decades, and it’s a fun, fascinating and inexpensive hobby to have. It’s also not nearly as easy as some TV ads might have you think.

Steering clear of common genealogy mistakes can save you a ton of time and a lot of frustration.

Copying Others’ Trees and Other Sloppy Research

It might seem tempting to simply incorporate others’ online family trees into your own. However, this is one of the biggest mistakes you can make in your genealogy research.

I sometimes look at the family trees of other genealogy researchers online just to see if they can help point me in the right direction. I can’t tell you how many mistakes I’ve found. These trees then get copied by others, so I see the same mistakes duplicated over and over.

Taking the lazy road will give you a convoluted family tree full of people who don’t belong there. Unless your ancestor had a very uncommon name, chances are pretty good that there are a number of folks with the same name living in the same area around the same time.

Historically, people weren’t all that creative with names. They tended to use popular, standard names, and children were often named after relatives.

It’s imperative that you make sure you have the right person. Check the year of birth, middle name, others in the household, occupation and location to verify that the George Williams you’ve found is the same one who belongs in your family tree.

Focusing on the Famous

Someone once told me that family lore said we’re related to President John Adams, going back through the Adams line of our ancestry. Given how common that last name is, I suspected this family legend was a myth.

It didn’t take long to verify that there’s no way we could be related, at least not in the last three centuries. My Adams ancestors go back many generations in Pennsylvania, and John Adams’ family lived in New England.

You might have fun tracing family rumors, but you could also waste a lot of time chasing these rabbits when you could be building your actual family tree. Once you’ve completed a fair amount of family history research as I have, you’ll probably be able to spot a family myth when you hear one. While we’re all probably related going back several hundred years, these far off connections would likely steal many hours of your genealogy research time. 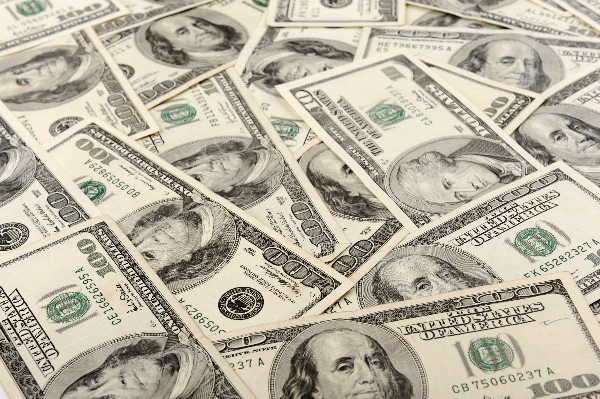 Paying for a Service Right Off the Bat

I was absolutely thrilled with my genealogy DNA testing. However, this meant a whole lot more to me now than it would have a long time ago when I was just starting out with genealogy research. It’s probably better to do a little research first before you jump right into spending money on a pay genealogy site or for ancestral DNA testing.

People didn’t always care that much about how their last names were spelled. Census workers who wrote down people’s names sometimes didn’t spell them correctly, or at least in the way you’re expecting.

FamilySearch.org will look for similarly spelled names, but Findagrave.com and some other sites won’t. You might need to try entering the first few letters of a last name if you don’t get the results you want in your search. 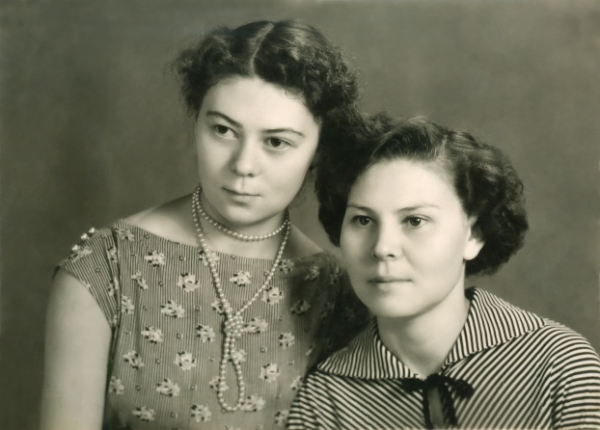 Tracing maternal lines can be more challenging than paternal lines because you’ll run into more last names to research. Leaving out this part neglects important branches of your family tree, though.

My maternal great-grandmother was a young widow with a baby when she married my great-grandfather. Her first husband’s name was Shofner Powell. I was curious about him for some reason and did a bit of research. Finding any information on him was difficult until I figured out that his name was actually Abraham Shofner Powell. Shofner was his mother’s maiden name.

I’d wager that almost any genealogy researcher, myself included, is guilty of sometimes not keeping track of where information was found on a particular person. This would include entering something like 1930 Census as the source for a place or date of birth, Findagrave.com as the source for someone’s dates of birth and death, and so forth.

I try to always do this for the most important folks in my family tree. It can help a lot down the road if you find conflicting information somewhere else, so you can decide which source is more reliable and therefore which nugget of information is accurate.

The best way to keep your genealogy records organized is to find software that works well for you and religiously use it. Scan your old family photos and attach them to the appropriate records with information on who is in the photos, if known.

Genealogy software will usually let you attach multiple items, so you can keep photos as well as copies of anything else you find and download, such as draft registration cards, marriage applications and death certificates.

Not Backing Up Your Data

Assuming you use genealogy software, make sure you back it up so that you don’t lose years of research if your computer’s hard drive crashes or your laptop gets stolen. You can use an external hard drive and set up backups using Windows Backup. If you only have a few files to back up, you can copy them to Google Drive, which gives you 15 GB of free cloud storage.

Even if you use a pay site for genealogy research, you could be missing a lot of important information. Google Books is an often overlooked treasure trove for ancestral research. 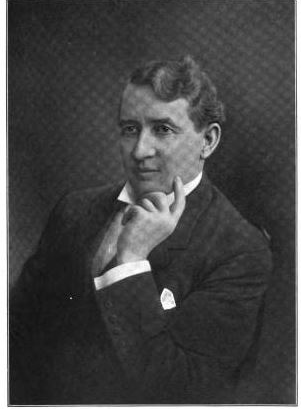 Don’t forget your elderly relatives. They’ll probably be thrilled to tell you everything they know about the family history, to pass on their stories before they pass on.

It seems like some people have gone by their middle names for centuries. My maternal grandfather always went by his middle name, and few outside the family even knew that was his middle name.

In his case and probably in many others, it was probably to avoid confusion. He was named after one of his uncles for his first name. Since this man was still alive when Grandpa was born, he went by his middle name.

As I’ve mentioned above, middle names can also provide a handy source of maiden names when you’re tracing female lines. In addition, they can help you know if you have a relative on your hands even before you start researching a person.

My mom once forwarded me an obituary for a man to see if he was related. I would have suspected based on the spelling of his last name that he was, but I was certain of a connection based on his middle name of Preston. The name Preston has popped up as a middle name for generations, including a brother of my maternal great-grandfather.

I suspect Preston was someone maiden name. Much to my frustration, I haven’t been able to connect those dots yet. 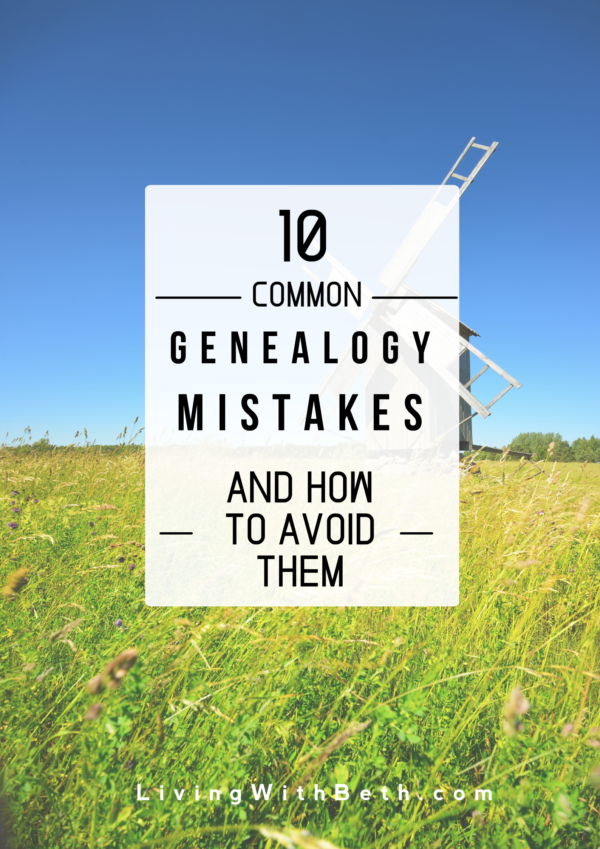 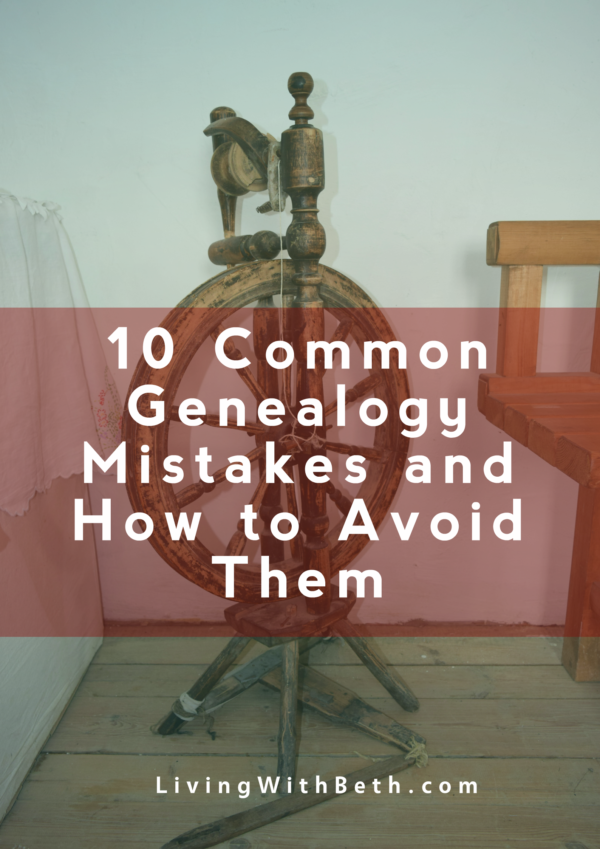 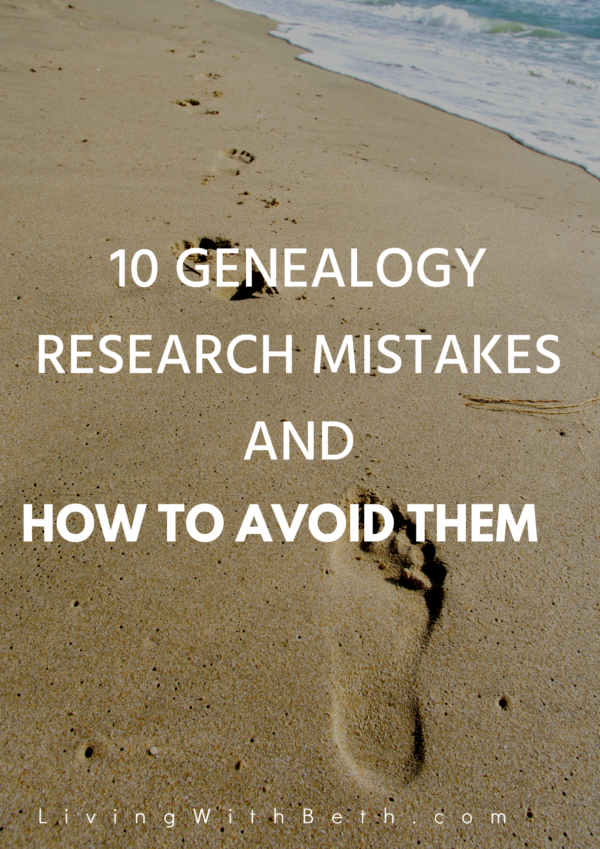 Do you research your family’s history? How far along are you in that journey? What mistakes have you made that you wish someone had helped you avoid?