New Posts
What’s That Your Ancestor Died From?
LWB Most Popular Posts of 2019
Amazon Echo Auto Review: Add Alexa to Your...
Real Estate Agents Turning to Amazon for Lead...
Hang Up on Social Security and Medicare Scammers
How to Improve Your LinkedIn Profile
10 Secret Confessions of a Technology Pro
Why You Should Never Use Debit Cards for...
Why I’m Glad I Gave Aldi Another Try
What’s Coming in Outlander Season 5
Home & DIYTechnology 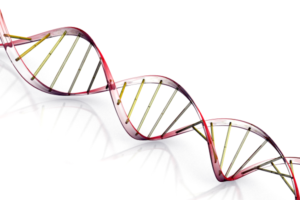 My Ancestry DNA test results have been an enormously fascinating addition to my many years of genealogy research. However, there are some folks who probably shouldn’t have any type of ancestral DNA testing.

Each ancestral DNA testing provider uses a different database and could potentially give you slightly different results. However, there are some things you can count on, no matter what company processes your DNA test. Here are some reasons why you might want to proceed with caution. 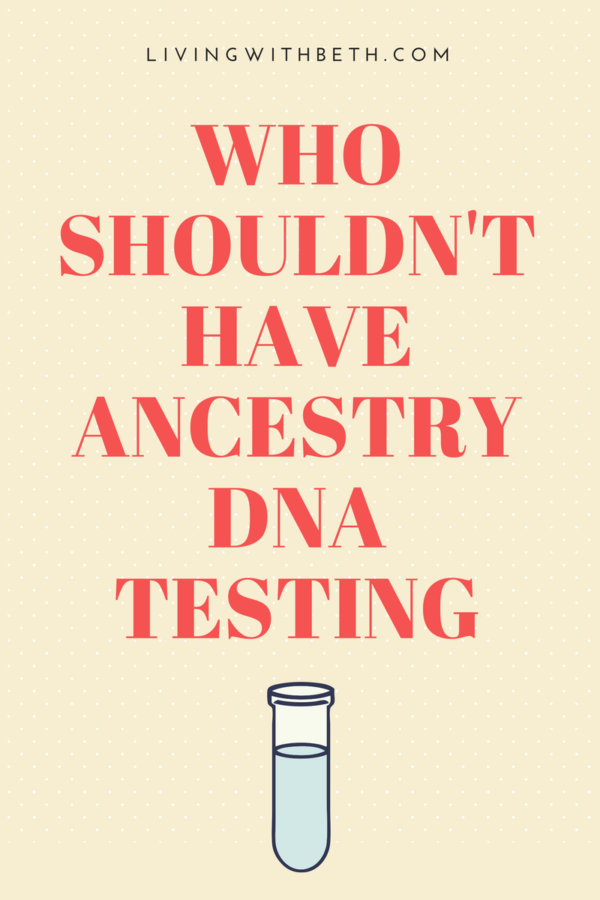 You Don’t Want To Be Found

If you have a biological child (or children) and don’t want them to find you, take care when deciding whether to have ancestral DNA testing.

Those who were adopted or whose parents used sperm donors are using genealogy DNA services such as Ancestry DNA to locate their biological parents. Any biological offspring you have out there might be looking for you, and if so, they’ll probably find you.

For me, this was cool, but no great shock, since I’ve known my parents for my entire life. For people looking for a birth parent, this could provide an incredible breakthrough. However, things could get uncomfortable if the parent wants to remain anonymous.

Sure, you can use an alias and choose not to respond to other Ancestry DNA users who reach out to you. However, all of your relatives who have also had Ancestry DNA tests will show up in your biological child’s list of DNA cousins.

And that person will show up as a relative of your relatives who have had Ancestry DNA done. Somehow, some way, someone will probably connect the dots back to you. 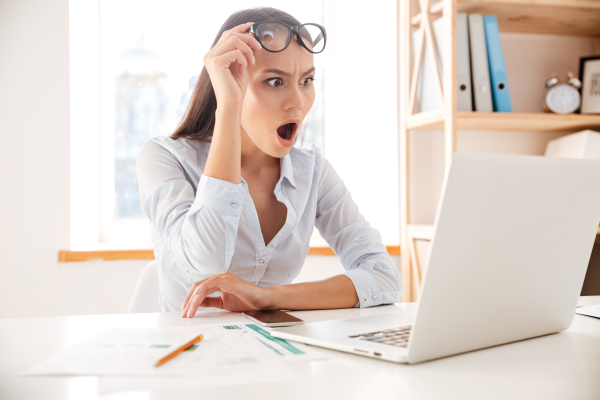 You’ll Be Devastated By Unexpected Results

If you think you’re 100 percent anything, you’re most likely wrong. Everyone I know who has had Ancestry DNA testing has seen some surprising results, except for my dad.

All four of his grandparents were Polish immigrants, and his Ancestry DNA shows nearly 100 percent Eastern European heritage. The results also show that his ancestors spent the past few hundred years in Poland.

Probably the most shocking thing about my own Ancestry DNA results was a distant cousin from Ohio in the 1800s. He converted to the Mormon religion, moved to Utah and took a second wife.

It’s not that I disrespect the Mormon religion. I was just surprised to see one of my maternal relatives take that path, given the previous family history I’ve researched over the years.

My maternal line also doesn’t have the German heritage that we expected. We have ancestors who came from Germany, but their ancestors must have hailed from somewhere else. 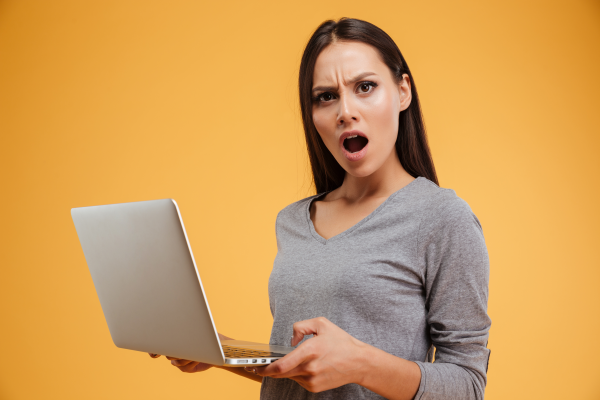 You could discover secrets about your conception or that of others in your family. You might find evidence of a whole new branch of your family tree if there was an adoption that you didn’t know about.

In previous generations, people were a lot less open about adoptions than they are now. That’s probably due to the stigma that was attached to the common reasons behind adoptions – the divorce or unwed status of a baby’s biological parents.

There’s no telling what you might uncover with Ancestry DNA testing. 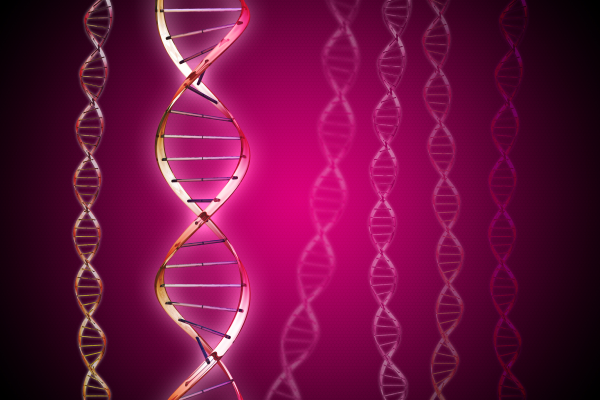 You Can’t Handle the Truth

If you have biological children from the past, they could find you. You might not have the heritage that you thought you had. You might even see evidence that you or other family members don’t have the expected biological parents.

Your Ancestry DNA results could add a new and fascinating twist to your genealogy research. However, if you’re not prepared to deal with whatever truth is in your DNA, you probably should skip it. 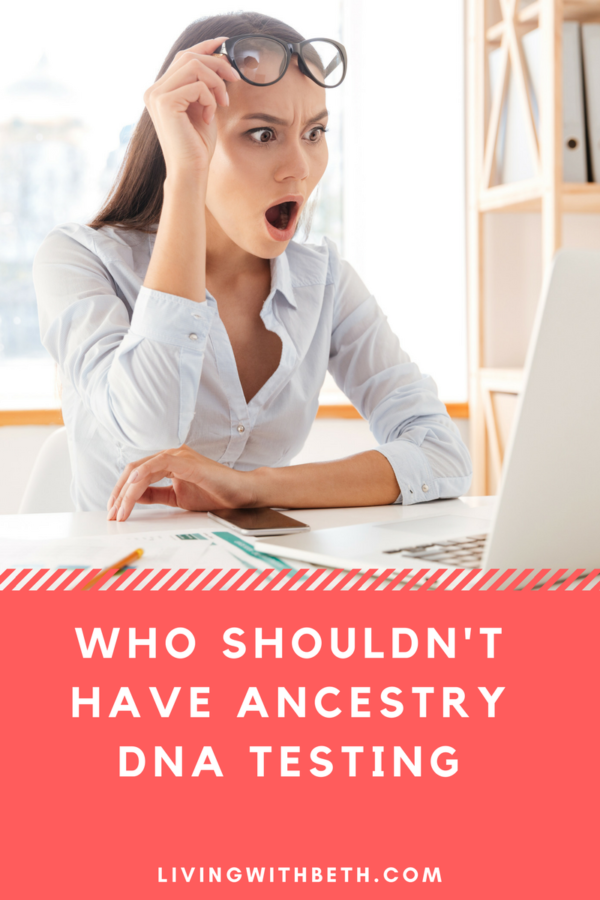 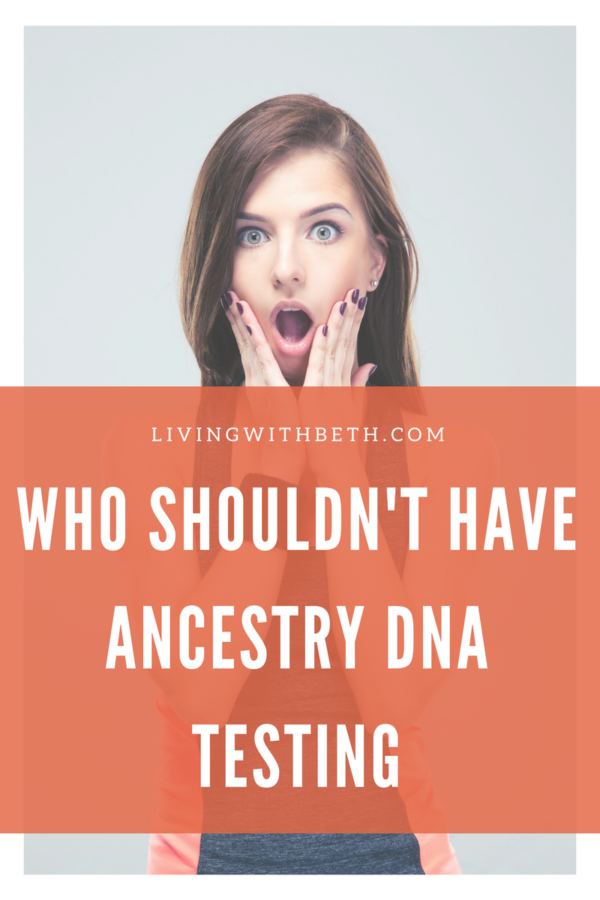