New Posts
What You’re Giving Away in Those Social Media...
What’s That Your Ancestor Died From?
LWB Most Popular Posts of 2019
Amazon Echo Auto Review: Add Alexa to Your...
Real Estate Agents Turning to Amazon for Lead...
Hang Up on Social Security and Medicare Scammers
How to Improve Your LinkedIn Profile
10 Secret Confessions of a Technology Pro
Why You Should Never Use Debit Cards for...
Why I’m Glad I Gave Aldi Another Try
Technology 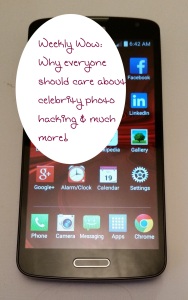 Home Depot admitted that hackers may have infiltrated their network and stolen customers’ credit card numbers. Their Web site announcement says that “unusual activity” alerted the company to a potential problem, and they are “working with our banking partners and law enforcement to investigate.”

The company advises customers to closely monitor their accounts and contact their card issuers if they discover any unrecognized charges.

Search Engine Journal (@sejournal) reports that small business owners saw their federal appeals court case against Yelp thrown out recently. Companies had alleged that Yelp advertising salespeople threatened to remove businesses’ positive reviews if they didn’t sign up for paid advertising on the site. While Yelp denies condoning such devious behavior by its minions, the social reviewing site maintains that they don’t owe businesses any positive reviews and wouldn’t be violating federal law by withholding them.

SEJ’s article quotes plaintiff’s attorney Lawrence Murray as saying that Yelp users should question their trust in Yelp’s ratings since the company could potentially manipulate them for their own financial benefit. “If you had any concern about Yelp’s accuracy before, you’re going to be up a creek now.”

You dropped a bomb on me

Says Forbes, “In other words, there’s nothing stopping CBS from offering an online standalone Showtime service that cord cutters could subscribe to without a cable or satellite subscription.”

Though Showtime apparently has nothing in the works, the possibility should get the attention of numerous fans of Showtime programming who would cut the cord with pay TV if it didn’t mean giving up popular shows like “Homeland” and “Masters of Sex.”

While many pay TV networks like HBO and ESPN allow viewers to watch their programming using apps, you have to sign in with a cable or satellite account in order to access them. Shared via @ForbesTech.

You should care about celebrity photos stolen from cloud storage

Cryber criminals’ theft of photos from the cloud storage of Hollywood stars should bother everyone, for several reasons. Hackers don’t normally look for photos. For normal folks like us, they look for ways to access our online banking and credit card information, and the ease with which they can accomplish this is downright scary.