New Posts
Scrumptious Easy Chicken Pot Pie Recipe
5 Things I Wish I Knew Before I...
10 Favorite Hamilton Quotes to Make You Smile
6 Amazing Self-Help Books to Read Now
What You’re Giving Away in Those Social Media...
What’s That Your Ancestor Died From?
LWB Most Popular Posts of 2019
Amazon Echo Auto Review: Add Alexa to Your...
Real Estate Agents Turning to Amazon for Lead...
Hang Up on Social Security and Medicare Scammers
Health & Beauty

Weekly Wow: Cool news from around the Web 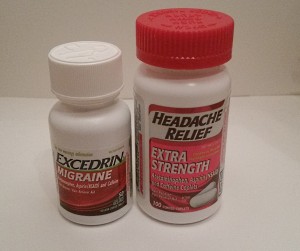 If you truly use 10 percent of your brain, you’re in really bad shape

Apparently, the makers of the “Lucy” movie are the only ones who still believe humans use only 10 percent of their brains. Science disproved this myth many years ago.  Shared via @Gizmodo.

If you don’t buy generics, you may be using only 10 percent of your brain

Forbes featured an article about a study which found that adolescent rats who drank sugar-sweetened beverages performed worse on memory tests than those who drank something else. While the study has yet to be published in peer reviewed scientific journal, other studies have previously hinted that consuming sugar and high fructose corn syrup negatively affects the brain.

Books such as Grain Brain by David Perlmutter

also decry the harmful effects of sugar and refined carbohydrates on brain function.

A stoned college student made up material about famous children’s book character Amelia Bedelia and posted it to Wikipedia over 5 years ago. Imagine her surprise when she discovered the misinformation was not only still on Wikipedia but also that researchers, writers and teachers around the world had cited it as fact. Shared via @DailyDot.

The New York Times reports that when Google noticed new moms left the company in droves, they expanded maternity leave to five months paid. Attrition decreased by 50 percent. The cost of the paid maternity leave at a company like Google was less than the tab for recruiting and training a new employee.  The U.S. is the only developed country that doesn’t offer paid maternity leave as a matter of federal law, and only 58 percent of employers offer it. Shared via @koalani.

Inside the Box: What comes in a...