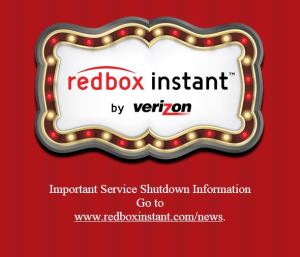 Forbes reported that Redbox Instant by Verizon shut down this past week after about a year and a half of operation. The service, majority owned by Verizon, couldn’t successfully compete with the likes of Netflix and Amazon Prime.

Redbox Instant charged $8 a month after a free one-month trial for unlimited streaming of its movie and TV show selections plus four free rentals per month from Redbox’s ubiquitous kiosks. The company sent out an email to affected customers and offered refunds to those who hadn’t received a full month of service for their most recent payment.

Consumer advocates, including the @NCAGO, advise people to stay alert for phone calls from scammers posing as U.S. Department of Treasury agents. The fake agents say they’re calling about a criminal matter and threaten recipients of such calls with grand jury indictment and having to appear before a judge for failure to respond.

Further, the con artists urge victims to pay so-called “unpaid taxes” right away via a reloadable debit card such as GreenDot MoneyPak to avoid jail time. The scam is similar to those perpetrated by phony IRS agents.

According to the N.C. Attorney General’s Office, federal agents rarely call citizens regarding official business, preferring to communicate via letter to provide a paper trail. They would also never request payment via a reloadable debit card. Any calls purporting to come from the IRS or Treasury Department are almost always scams.

Has domestic violence killed more women since 9/11 than all Americans killed in the 9/11 attacks plus the wars since then?

PolitiFact analyzed statements made by Gloria Steinem that more women had been killed by partners since 9/11 than were killed in the 9/11 attacks plus the wars since then. According to PolitiFact, Steinem made this claim in an October 1 AP interview.

The PolitiFact analysis used government crime data to determine the number of women killed by “intimate partners” during the designated time period. They used data from the State Department to determine the exact number of Americans killed in the 9/11 attacks and Department of Defense numbers to determine how many have died in operations in Iraq and Afghanistan.

The data place the total number of 9/11 and war dead at a maximum of 9,838. The number of intimate partner murders came to 10,470, a number that doesn’t include years after 2010 due to the limitations of the available data. Notes PolitiFact, “You can argue about the significance of such a comparison, but on the numbers, Steinem is accurate.” Shared via ‏@NPRinskeep and @PolitiFact.

How to Get FREE Amazon Gift Cards...