New Posts
What’s That Your Ancestor Died From?
LWB Most Popular Posts of 2019
Amazon Echo Auto Review: Add Alexa to Your...
Real Estate Agents Turning to Amazon for Lead...
Hang Up on Social Security and Medicare Scammers
How to Improve Your LinkedIn Profile
10 Secret Confessions of a Technology Pro
Why You Should Never Use Debit Cards for...
Why I’m Glad I Gave Aldi Another Try
What’s Coming in Outlander Season 5
EntertainmentFamily & Kids

Our Visit to the Carnegie Museum of Natural History in Pittsburgh 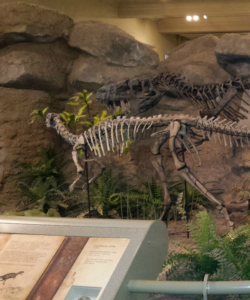 I remember visiting the Carnegie Museum of Natural History at least once when I was a kid, or maybe a teenager. Suffice it to say that it was a really long time ago.

I particularly remembered the huge selection of dinosaur skeletons, and that’s what I mainly looked forward to seeing again with my kids. Recently, we visited my parents in Western Pennsylvania where I grew up. During our trip, my dad drove us all to Pittsburgh on a rainy day to visit the Carnegie Museum of Natural History.

The CMNH offers a variety of different permanent exhibits. We didn’t get to visit everything, but I think we hit most of the high points. Here are some of my favorites. 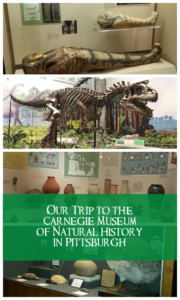 Dinosaurs in Their Time

According to the museum’s website, “Dinosaurs in Their Time is the first permanent exhibition in the world to feature scientifically accurate, immersive environments spanning the Mesozoic Era—the Age of Dinosaurs—arranged chronologically and filled with actively posed original fossil specimens. See dinosaurs like they haven’t been seen in 66 million years!”

The bones are real, too – 75 percent of the exhibits consist of actual fossils, making up one of the finest collections of dinosaur bones in the world. You can observe the live PaleoLab where museum staff members prepare bones and fossils of prehistoric creatures for exhibition. My kids, ages 6 and 12, spent quite a bit of time in the Bonehunters Quarry, digging for bones and fossils just like they would at an actual digging site.

Not only are the huge dinosaur skeletons incredibly impressive on their own, but the museum also offers in-depth information on each exhibit. The spectacular dinosaur fossil collection contains items purchased or donated from throughout the museum’s history.

Hillman Hall of Minerals and Gems

On our way to the dinosaur skeletons, my older daughter took a detour through the hall of minerals and gems, something that’s always interested her. 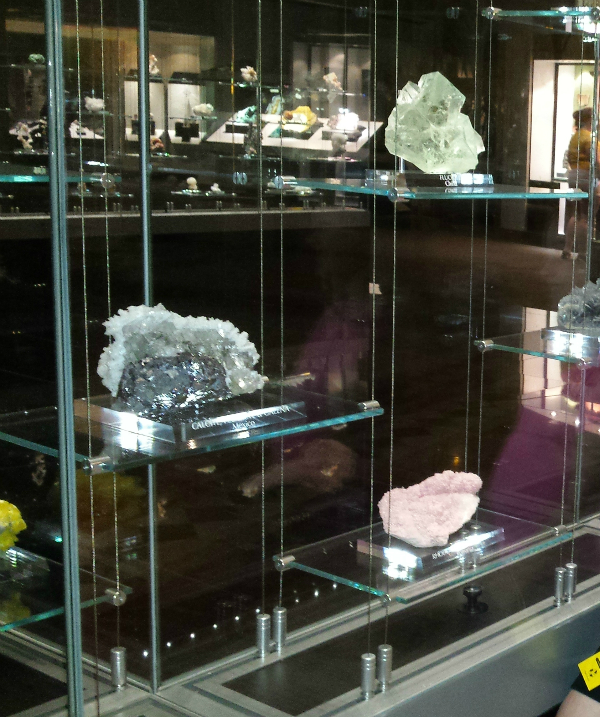 Hillman Hall has gained an international reputation as one of the finest and most important mineral exhibitions in the country. The current collection is built around private collections purchased or donated over the museum’s history.

Hillman Hall features Wertz Gallery of Gems and Jewelry, a 2,000-square-foot extravaganza of around 500 gems, jewelry, crystals and other types of gem art on permanent display. The gallery also hosts periodic special exhibits from international collectors.

After all the amazing dinosaurs, we viewed other prehistoric creatures – fossils of animals that walked the Earth starting about 66 million years ago during the Cenozoic Era or Age of Mammals. Mammals first evolved during the Mesozoic Era or the Age of the Dinosaurs, but they really hit their stride during the Cenozoic. That’s after the dinosaurs were wiped out, so the mammals had more space to spread out and diversify.

The Cenozoic Hall includes skeletons of a mammoth, a saber-toothed cat, a giant ground sloth, a dire wolf, and many other long-extinct animals. My older daughter spent many minutes stopped at the microscopes, where she observed numerous items provided for microscopic observation. 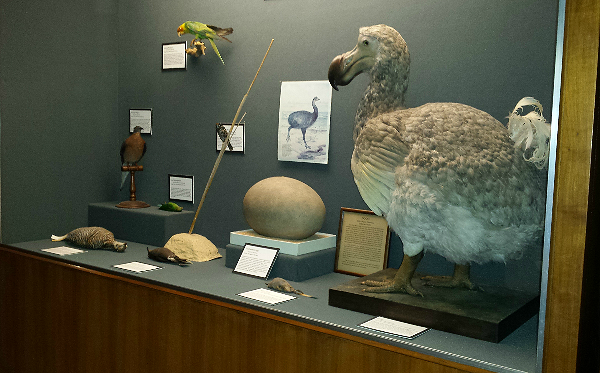 To get to the additional exhibits we wanted to see, we went through the Bird Hall, which was also fascinating. My kids and my dad were particularly impressed by the dodo bird. I was lucky enough to get a good picture of it, too! 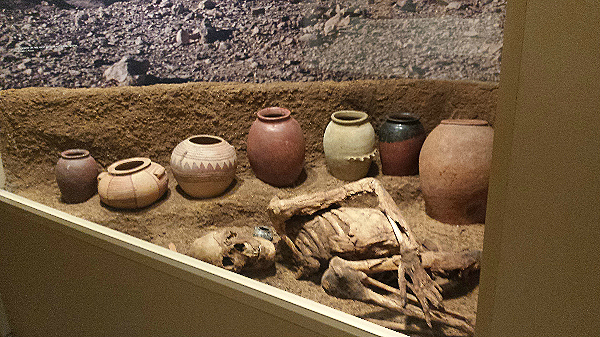 I have a particular interest in ancient Egypt, so after the dinosaurs, the Walton Hall of Ancient Egypt was next on my must-see list. It includes interactive exhibits as well as fascinating displays exploring everyday life in ancient Egyptian society. 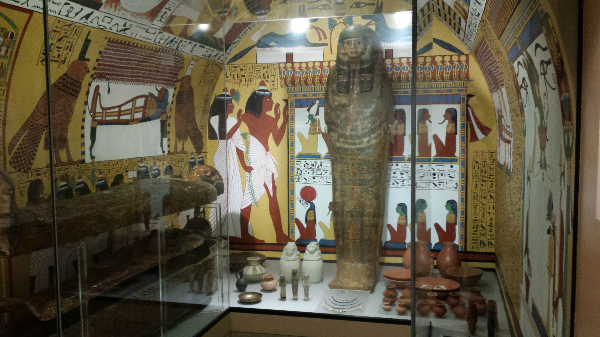 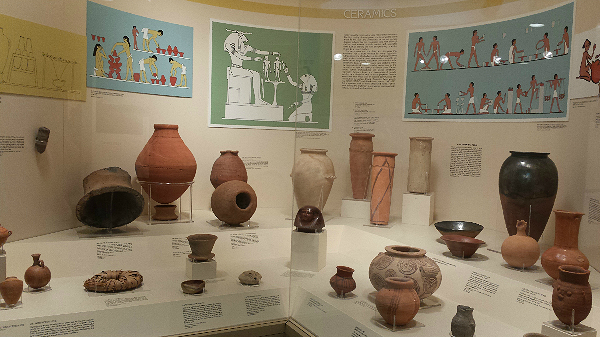 All totaled, the ancient Egypt collection includes more than 2,500 artifacts dating back to 3100 B.C. The very first item was museum founder Andrew Carnegie’s donation of a mummy in its sarcophagus. 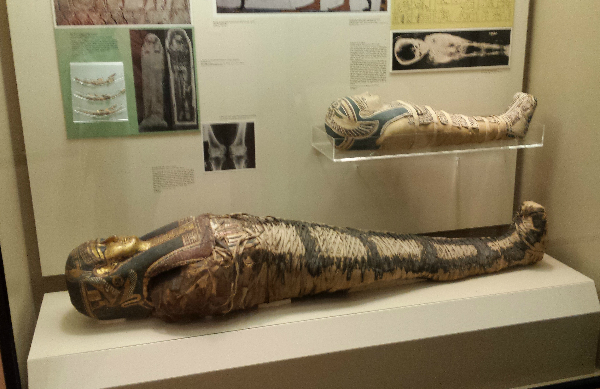 Other highlights include a 3,800-year-old, 30-foot funerary boat excavated in the late 19th century near Cairo. It came from the pyramid of Senwosret III, one of only a half-dozen such boats ever discovered. 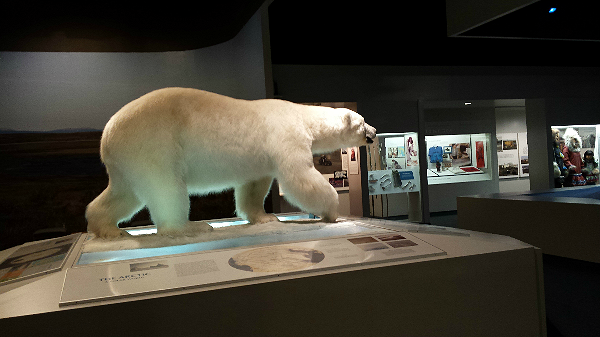 A large, beautiful polar bear is the first thing you see when entering the museum’s polar exhibit. Then, you see display cases lined with artifacts of the Canadian Inuit, formerly known as Eskimos.

Exhibits span the time period of 4,500 years ago through the present day, telling the story of Inuit life in the challenging, frigid Arctic environment, through art, videos, clothing, tools and more. There’s also a large igloo! 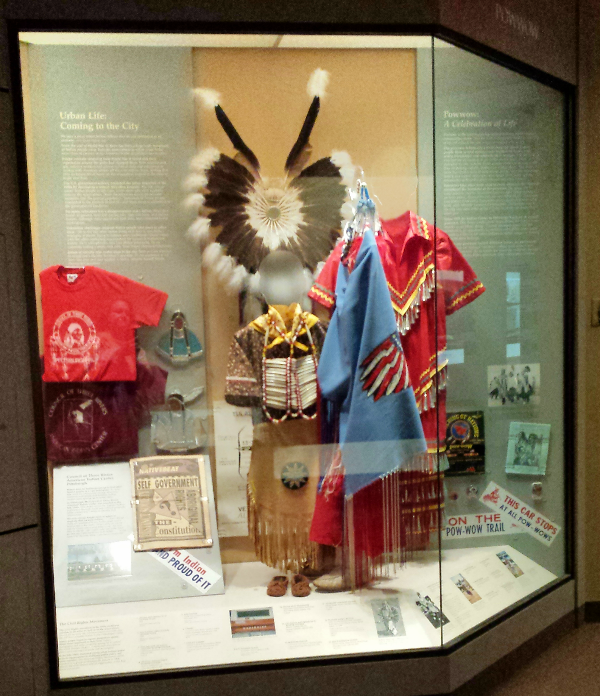 The exhibit hall of American Indians includes an enormous selection of art, clothing, tools, pottery, historical documents and much more, plus the headdress said to have been worn by Sitting Bull. The hall concentrates on American Indian cultures and life during the recent past and present – mostly the 19th and 20th centuries – with nearly 1,000 artifacts displayed. 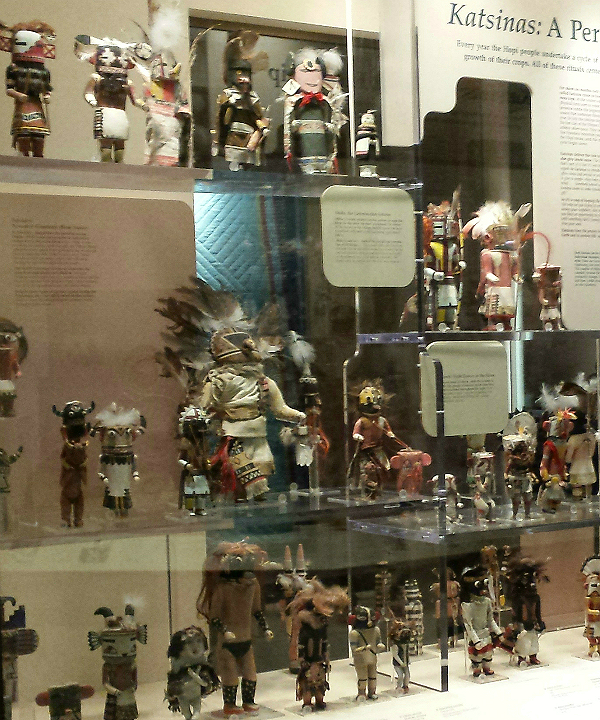 How to Visit the Carnegie Museum of Natural History

The Carnegie Museum of Natural History is worth a visit even if you have to drive a few hours to get there. It’s located on Forbes Avenue in Pittsburgh, near Pittsburgh University.

Overall, the Carnegie Museum of Natural History is gorgeous, clean and well-maintained, with friendly, helpful staff. We ate at the museum’s cafe near the entrance, and the food was delicious and not outrageously priced.

I recommend taking the kids to the bathroom on the way in and again next time you see a restroom. There aren’t many bathrooms, so the walk to one could be very long when someone has to go.

You can check the museum’s hours of operation at this link. Admission costs are as follows:

Show a membership card to AAA to get $1 off each admission charge. The museum also offers group discounts and rates. 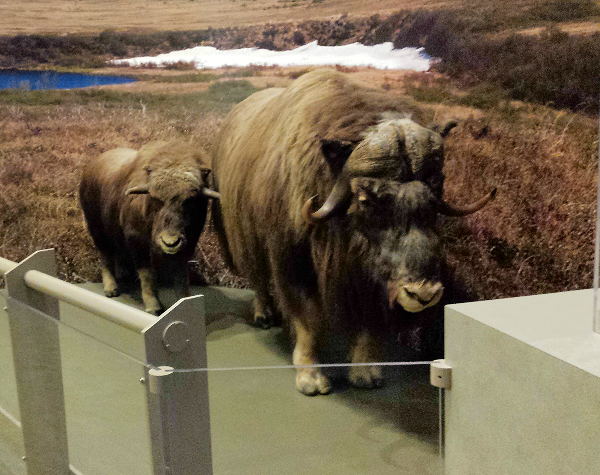 When was the last time you visited a museum with your family? Where was it, and what did you like best? What did your kids like best about the museum?

See a presentation of my museum photos here:

40 Favorite Outlander Quotes to Make You...