New Posts
6 Amazing Self-Help Books to Read Now
What You’re Giving Away in Those Social Media...
What’s That Your Ancestor Died From?
LWB Most Popular Posts of 2019
Amazon Echo Auto Review: Add Alexa to Your...
Real Estate Agents Turning to Amazon for Lead...
Hang Up on Social Security and Medicare Scammers
How to Improve Your LinkedIn Profile
10 Secret Confessions of a Technology Pro
Why You Should Never Use Debit Cards for...
Food & Recipes 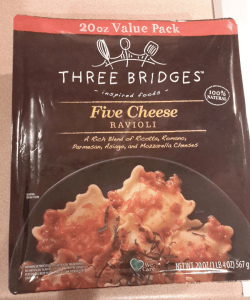 Despite the best of intentions, many people don’t know what they’re going to cook for dinner until they get home from work and stare at what’s in the pantry and refrigerator, hoping for inspiration. You might end up ordering pizza or picking up fast food when exhaustion and frustration make the prospect of cooking dinner seem too daunting.

Then, there are frozen family dinners, many of which taste good but contain strange-looking ingredients and can have an odd texture from being frozen. Fortunately, Three Bridges has just the thing for quick, healthy meals for your family with their refrigerated pasta and sauces. 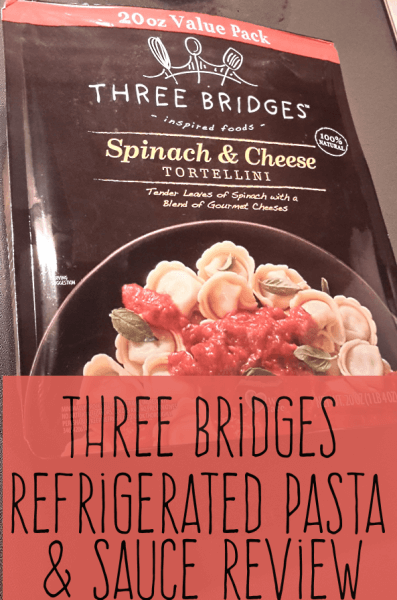 I received samples for review purposes, and my family enjoyed the Three Bridges pasta and sauce. The five-cheese ravioli was a child favorite, with both my 6-year-old and 11-year-old requesting second helpings. Its ingredient list contains real, recognizable food, like mozzarella, ricotta, Romano, Parmesan and Asiago cheeses. I thought the ravioli tasted just like homemade. 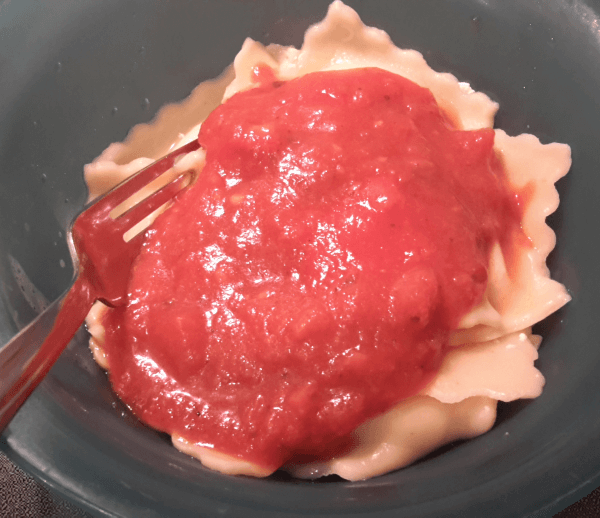 I made the mistake of not removing all of the ravioli when the cooking time expired, so the last couple of servings were a bit too soft. However, the kids had no problem devouring even the slightly overcooked ravioli. 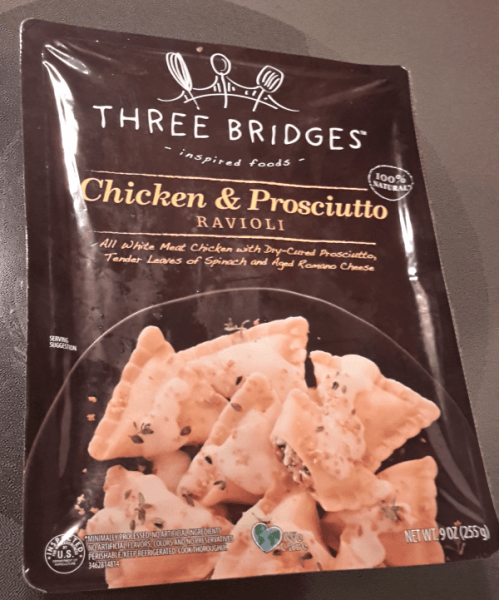 Both kids tried and enjoyed the spinach and cheese tortellini, even my older daughter who claims to dislike spinach. She tried it and liked it even though she knew it had spinach in it.

You’ll want to buy multiple packages of Three Bridges pasta, particularly the cheese ravioli, if you want to avoid squabbling with the kids for the last few pieces. 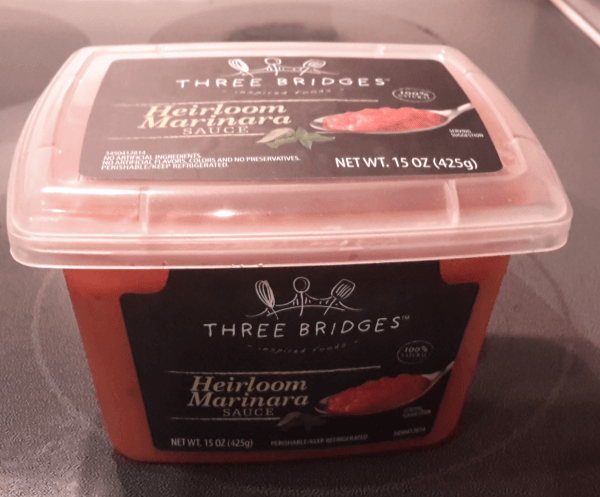 The girls really loved the Three Bridges Heirloom Marinara sauce with their pasta, which tasted a lot like homemade pasta sauce with a rich, tomato flavor. With very little spicy taste and a touch of sweetness, it’s just the kind of sauce most kids would prefer.

I used the delicious Three Bridges refrigerated basil pesto sauce in a baked Italian chicken recipe, which tasted delightful. The pesto sauce itself had a nice, fresh basil smell. 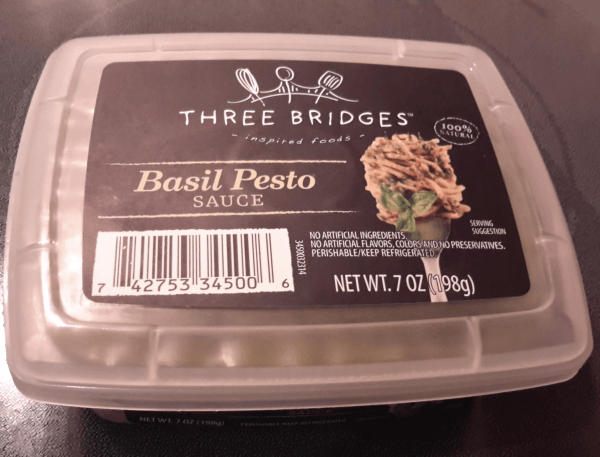 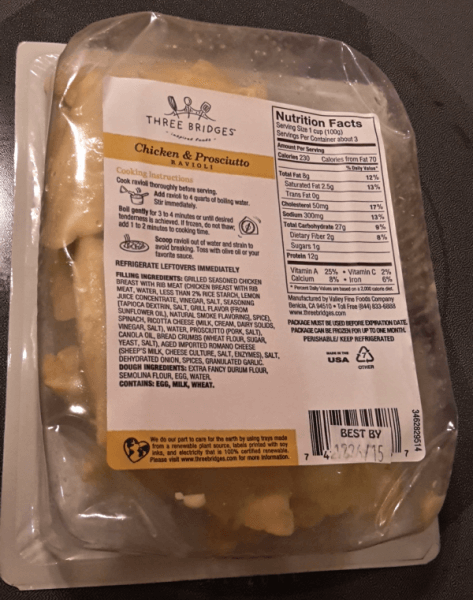 Three Bridges goes the extra mile in terms of operating in a “green” fashion. They use soy ink on their labels and paper-based packaging. The company makes their trays from a renewable plant source.

Three Bridges generates their own solar power to cover over a third of their annual electric needs. That’s almost like removing 94 cars from the road – preventing 1.1 million pounds of carbon monoxide release in the first year alone. The company offsets the rest of their power use with certified renewable energy.

You can find Three Bridges products in the refrigerated section of many grocery stores as well as most Target stores.