New Posts
5 Things I Wish I Knew Before I...
10 Favorite Hamilton Quotes to Make You Smile
6 Amazing Self-Help Books to Read Now
What You’re Giving Away in Those Social Media...
What’s That Your Ancestor Died From?
LWB Most Popular Posts of 2019
Amazon Echo Auto Review: Add Alexa to Your...
Real Estate Agents Turning to Amazon for Lead...
Hang Up on Social Security and Medicare Scammers
How to Improve Your LinkedIn Profile
EntertainmentFamily & Kids 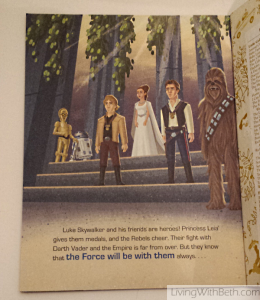 In the run-up to the release of the highly anticipated new Star Wars movies, we expect to see scads of Star Wars merchandise. My favorite release so far has been the Little Golden Books based on the Star Wars movies, which I’ve been reading over and over again to my 5-year-old daughter. She’s seen all three of the original Star Wars movies and is already a big fan, but the books help her to understand the plot points better.

I’m a HUGE fan of the original three Star Wars movies. I think it’s some kind of geek requirement, like you don’t get to find out the secret handshake without agreeing that you love Star Wars (and preferably Lord of the Rings, too). 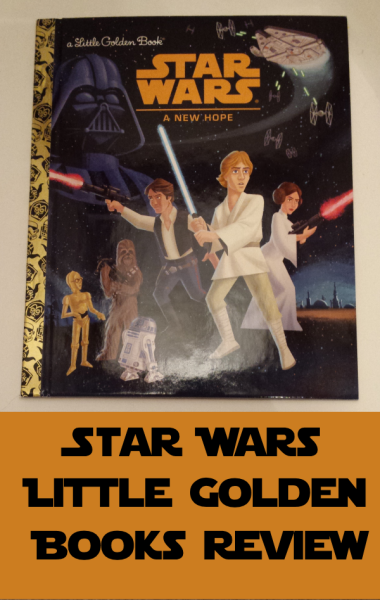 Until the Star Wars books came out as Little Golden Books for kids, I didn’t realize what we were missing. The kids’ versions of Star Wars: A New Hope

, Star Wars: The Empire Strikes Back

and Star Wars: Return of the Jedi

do a fantastic job of telling each of the three stories. They hit all the highlights and gloss over or skip entirely the more violent and upsetting parts.

I’m not impressed with some of the pictures, which often make Princess Leia look like an ugly hag. The artists make Darth Vader without his mask more attractive than the lovely Princess Leia! And Obi-Wan Kenobi’s ghost looks more like a drunk old guy rather than an apparition.

Kids likely won’t notice the strange artistic representations of characters, but they’ll enjoy the wonderful, engaging story lines. Little Golden Books are also available now for the Star Wars movies made later, those prequels which I try to forget exist. Seriously, by the end of Revenge of the Sith, I was hoping someone would throw that whiny brat into a pile of hot lava.

Star Wars: The Force Awakens opens 12/18. Sign up for a Fandango FanAlert to find out when tickets are available near you!

Star Wars Movies on the Way

The people behind the latest batch of Star Wars movies have remained very hush-hush about the directions the new films will take. We do know that they’ll mark the return of classic heroes such as Han Solo (Harrison Ford), Princess Leia (Carrie Fisher) and Luke Skywalker (Mark Hamill). We can only hope that they can capture a bit of the original Star Wars movies’ magic, and that they stay away from hideous characters like Jar Jar Binks.

Shop exclusive Star Wars t-shirts, polos, and hoodies at Shirts.com for back to school!