How to Fix a Samsung Galaxy Tablet Restarting On Its Own 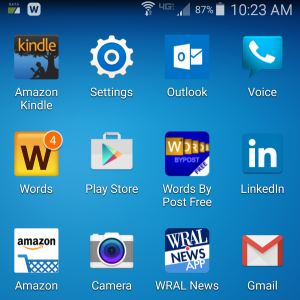 I really like my Samsung Galaxy Tab S 8.4″ tablet, which I’ve had for a little more than a year. It’s a sleek, fast and easy to use Android tablet with plenty of space. It sports an excellent camera, gorgeous HD video and reliable performance.

It was reliable, that is, until a few weeks ago, when it began restarting itself intermittently. This would usually happen when the battery got below 70%, but sometimes even sooner. The screen would flash a few times, then the tablet would freeze for a moment, then restart. 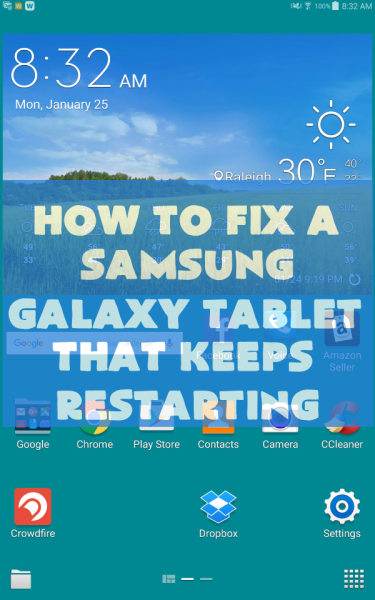 Occasionally, it would get into a restart loop where it would just keep restarting itself over and over until I connected it to a power cable and recharged it fully. Nothing had changed on the tablet that I could recall. I researched the issue and found other people who had the same problem, but nobody had an ironclad solution. 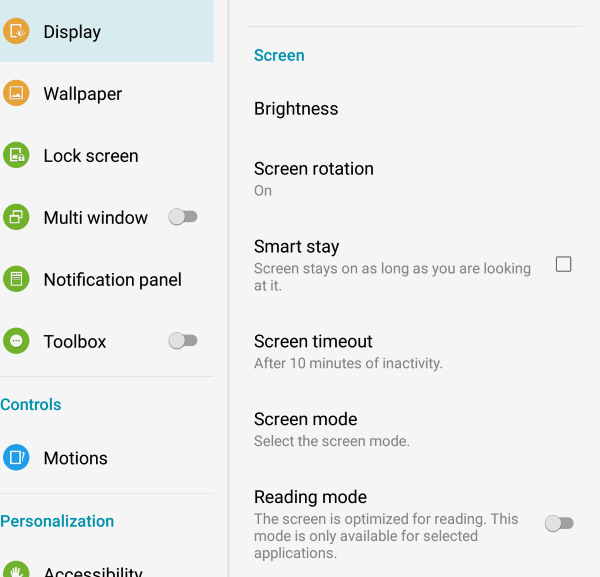 Here are some things I tried that didn’t fix the problem, although some of them appeared to help temporarily.

What DID Fix the Samsung Galaxy Tablet Restarts

The best how-to video I found was pretty good, but it made the battery replacement look a whole lot easier than it actually was. Getting the back off the Samsung Galaxy Tab S was a real bear. The battery replacement kit came with the right tools for the job. It’s just that prying that sucker off with the spudger tool takes a lot of elbow grease. 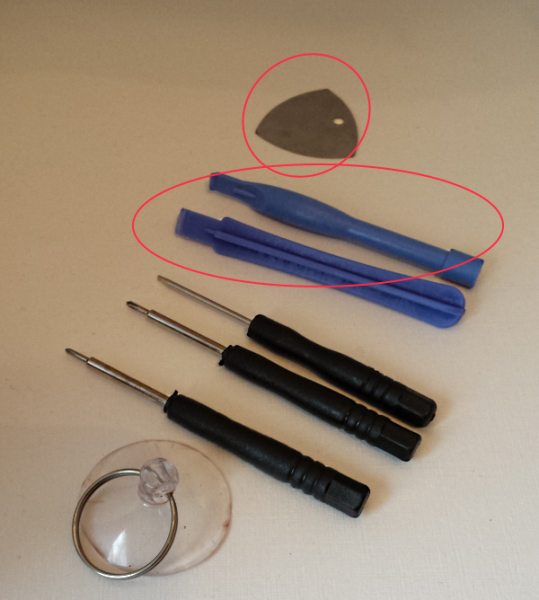 Plus, you have to be super careful not to crack your screen or damage any sensitive parts while doing it. I had to go the whole way around several times to pry the back off the device.

After that success, getting the actual battery off is another giant pain – again, being very careful not to damage anything in the process. This also looks much simpler in the videos. 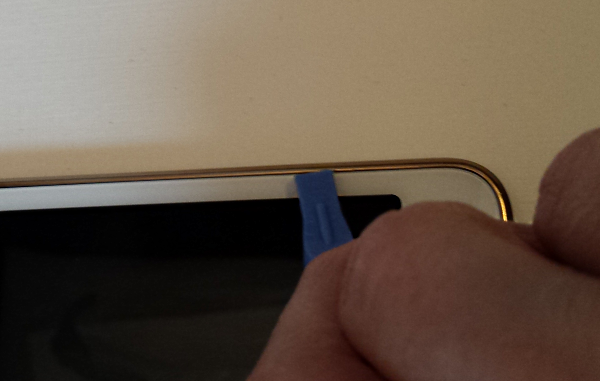 The secret to extracting the battery was the flat metal tool (actually a guitar pick) that came with the battery replacement kit. I don’t know how the guy in the video gets that battery out without using such a tool. I don’t know how anyone would. The battery is stuck in there with some really impressive glue.

Putting it All Back Together

Once you have the battery out, put the new battery in and connect it, then attempt to put the case back together – yet another challenge. I think it took me a week before I had the case completely snapped back together.

I could still use the tablet before the case snapped back on completely, but it was annoying because the power button wasn’t put back into place completely. I finally licked it when I realized that I had to pull up and in, firmly yet gently, to snap it all together.

At long last, my tablet was back to normal, except that I’d erased everything when I did the factory reset, and I still haven’t logged into every single app that I had active before.

Was It Worth It?

Personally, I am thrilled so far with the results of the surgery on my Samsung Galaxy Tab S to replace its battery. Would I recommend that someone else do it? That depends.

If your tablet is just no longer usable in its current condition, you may feel that you have little to lose by trying to replace the battery. This is especially true if you can’t afford to pay someone to replace it.

The battery replacement kit I used cost about $25. I’m sure a professional repair would have cost a whole lot more.

The important tools are the two blue spudgers (prying tools) and the metal guitar pick. It also includes a genuine Samsung replacement battery.

The spudgers must be made from the strongest plastic on the planet. I was amazed that they didn’t snap off as I gently but insistently pried off the back of my Samsung Galaxy tablet. The metal guitar pick was absolutely crucial in removing the glued-in battery from the tablet.

It’s true that I’m a computer geek who has worked in IT for about 20 years, but I generally don’t tear apart tablets or smartphones that don’t have user replaceable parts. This was a new experience for me.

Because I work with technology all the time, including various mobile devices, I wasn’t afraid to try replacing my tablet’s battery. It’s definitely not a quick and easy process and certainly not for the faint at heart.

Carry on at your own risk. If you have the same problem I had with your Samsung Galaxy tablet restarting on its own, replacing the battery seems like it’ll fix that issue. Just be careful you don’t cause even worse issues by cracking the screen or damaging sensitive circuitry.

Have you had a problem with a tablet or smartphone battery? Did you try to fix it yourself or hire someone to do it? Or did you just trash it and buy a new device?

10 Creative DIY Recycled Planters You Can...