How Reliable Are These 10 Common Genealogy Research Methods? 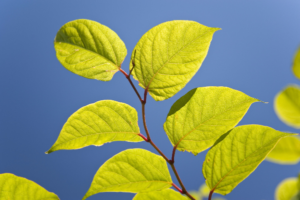 I’ve researched my family’s genealogy for more than two decades. Genealogy is a fulfilling and somewhat addicting hobby that’s easy to start and doesn’t cost much money to continue.

One of the challenges of genealogy research is making sure that your information is accurate. How do you know whether a source is reliable?

I’ve created this list of 10 common genealogy research sources and rated their general reliability on a five-point scale. You’ll notice that very few of them received five out of five.

Making sure you have the right person is key to creating an accurate family tree. In my own genealogy research, I often find people who lived at about the same time in the same general area and had the same or very similar names. If you follow the wrong person’s line, then all of your research is for naught. 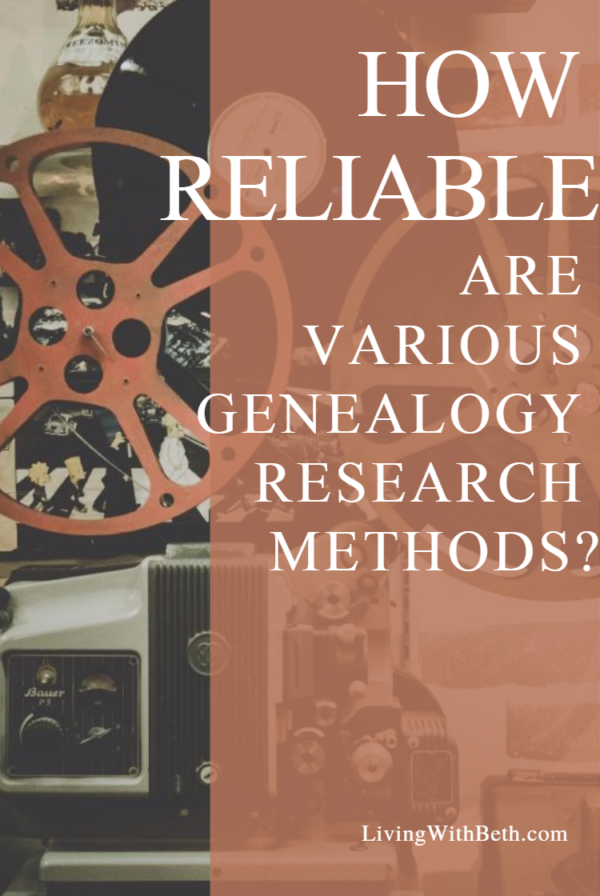 While you can find a lot of genealogy research materials online for free, pay site Ancestry.com seems to have the biggest selection of online family history documents. Some libraries have subscriptions to Ancestry.com which you can access using library computers. You can also try Ancestry.com and get 14 days FREE

What do you think of this list of how reliable various genealogy research sources are? 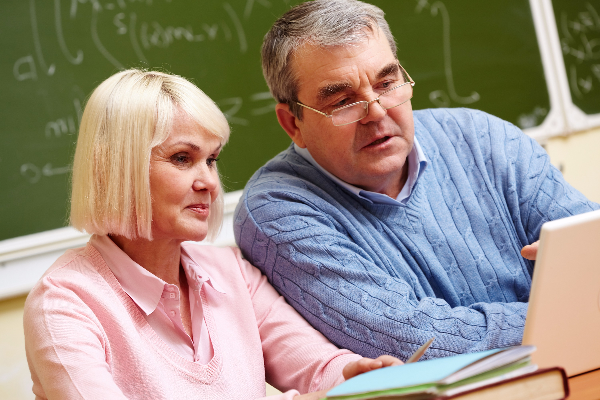 What better way to get genealogy information than straight from the horse’s mouth?

Keep in mind, though, that people’s memories aren’t always as accurate as they’d like to believe. In addition, families have secrets that your older relatives, even if they know them, are unlikely to reveal.

Some situations that are commonly accepted now were often covered up a century or more ago. These include adoptions and divorces.

Don’t get me wrong – I highly recommend talking to elderly relatives to find out about your family’s history. Just don’t be surprised if some of what you discover isn’t completely correct.

Where to Find: Talk with relatives, especially older ones, preferably in person or on the phone. If you’re just beginning your genealogy research, do this first. When your elderly relatives pass on, they’ll take with them valuable family history and stories. 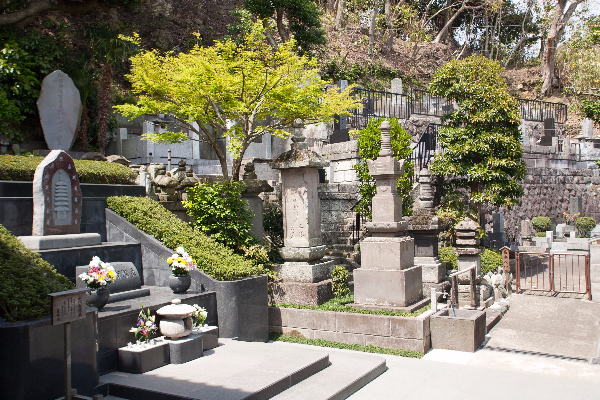 Findagrave.com is one of my favorite genealogy research sites. If you stick to what’s written on the gravestone pictures, you’re probably golden.

However, exercise care with using user-added materials, which are sometimes quite accurate and sometimes not so much. 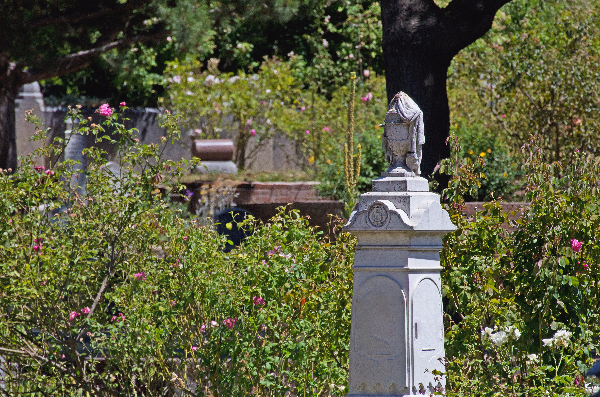 A well-meaning Findagrave user might enter dates of birth or death using faulty math, so you have a wrong date. In addition, some of the listed relatives are calculated based on others who are buried nearby. These relationships are often accurate, but not always.

It’s also sometimes hard to find an ancestor on Findagrave.com, particularly if he or she went by a middle name or had a fairly common first and last name. In addition, names and dates wear off over time, so some gravestones are unreadable or nearly so.

Where to Find: You can search the millions of graves online at Findagrave.com for free. 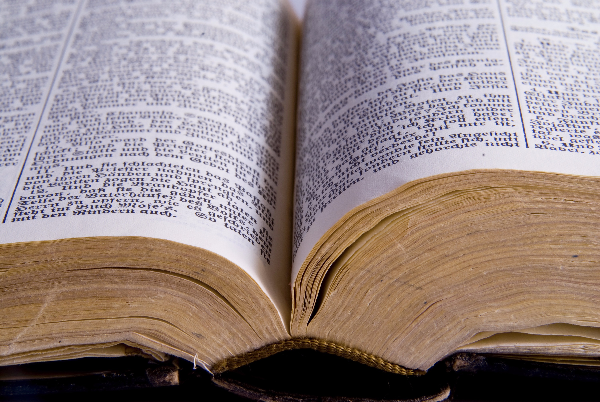 I’ve found these books to be fairly accurate, but they also have their limitations. Plus, they generally don’t cite their sources. I believe they’re based mainly on first-hand accounts along with government records, gravestones, church records and family bibles.

Because we don’t know for sure where the information comes from, however meticulously researched the book appears, we can’t assume that it’s completely accurate.

Where to Find: You can find many free genealogy and regional history ebooks on Google Books or by conducting a standard Google search. You might also find physical books at some libraries or on eBay. 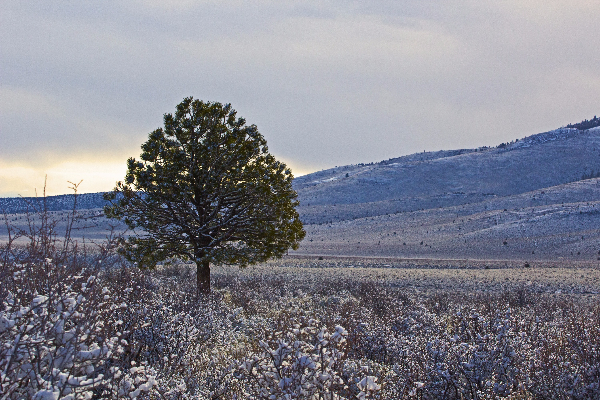 You logon to Ancestry.com or FamiySearch.org, search for an ancestor, and bingo! You find a nice, pretty family tree already done by some other user.

Hooray! Your work is already done for you, right? This is one of the most common mistakes that amateur genealogists make – copying others’ family trees.

Family trees from others can be useful if reliable sources are cited. Only a few of the ones I’ve seen actually specify their sources, which is not surprising since many are copied from other trees.

Those who think they’re taking the easy road by copying other people’s family trees are often contributing to the same wrong information being copied over and over again. I wouldn’t even recommend that someone else copy my family tree information.

My sources aren’t always cited, especially from when I started genealogy research decades ago and for the research I inherited from my great uncle Jack. I try to use only reliable sources and make note when a source is questionable. I’m most particular about actually citing my sources for direct ancestors and closer relatives, rather than more distant relations and relatives by marriage.

Where to Find: Other people’s family trees are all over the internet, especially on genealogy websites such as Familysearch.org and Ancestry.com. 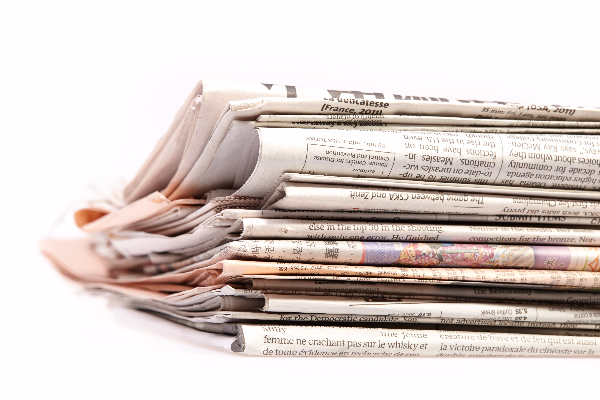 Unfortunately, obituaries aren’t always accurate. For example, my maternal grandfather’s obituary listed his age as 76. He was actually 67 when he passed away.

There was also an error in my grandma’s obituary, relating to a mistyped year. Anyone who wasn’t close to these people when they were alive wouldn’t spot the errors.

I saw the obituary online for another relative where her name was completely incorrect. The person posting the obituary left a comment indicating the mistake. This was presumably someone who knew the deceased.

I’m usually researching ancestors who’ve been dead for many years. Without someone’s helpful comments on an obituary, I have no idea how accurate the information is that I’m reading.

Where to Find: You can find some obituaries free via Google search, from Familysearch.org or through DeathIndexes.com. You can also search a large historical newspaper collection at Ancestry.com 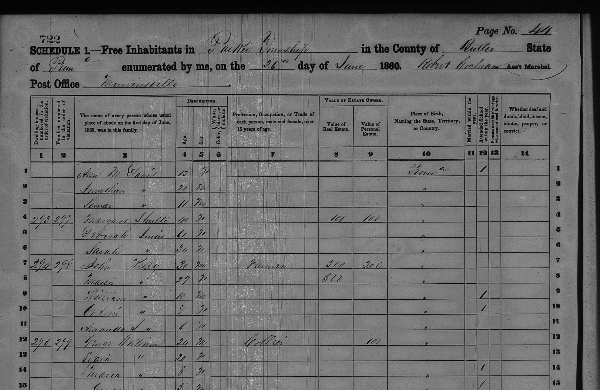 U.S. Census records are one of the cornerstones of free genealogy research, offering a variety of useful information on your ancestors and relatives. As useful as census records are, however, they aren’t error-free.

Most of us are only familiar with completing the U.S. Census via mail. However, Census workers used to go door-to-door gathering information from residents and writing down responses.

First and last names might be misspelled on the census or misread when they were electronically transcribed. Census workers wrote down names phonetically – the way they sounded.

Also, someone who went by his middle name might be listed differently on different census.

A few years ago, I was curious about my great-grandma’s first husband, who died very young. He was of no blood relation to me, but I wondered about him anyway and had a devil of a time finding out anything about him.

It was like he never existed, until I figured out that he went by his middle name. Most any other record about him listed his first name.

To maximize U.S. Census data, look at the actual image of the Census document, rather than relying on the text transcription.

Where to Find: U.S. Census data is available free online on a number of sites such as Familysearch.org. You can also search U.S. Federal Census records on Ancestry.com 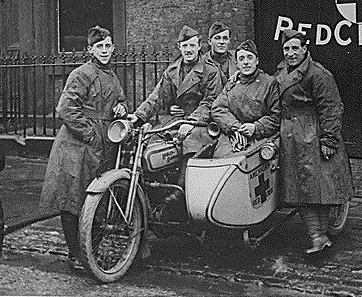 Draft Cards and Other Military Records

Naturally, most military records are only helpful if your ancestor served in the military, registered for the draft or collected a military pension. If your ancestors were in the U.S. in the 1860s, you’ll probably find that many of your male relatives enlisted during the Civil War. Some men did not serve for various reasons such as health problems, previous injuries, or caring for sick parents.

While limited in what information they convey, draft cards for World War I and World War II seem to be pretty accurate, probably because a guy would probably have filled out the card himself in most cases.

Draft cards might tell a person’s full name, date of birth, place of birth and spouse’s name, as well as where he’s living at the time he registers. One of the great things about draft cards is that you can find out where your ancestor lived, and use that information in your other research.

You might find several people with the same or similar name living in the same vicinity at the same time. If you find the right person’s draft registration card, you can know where he lives to find him on the U.S. Census and other records.

Other military records such as pension applications can provide even more information on your dead relatives, including names of their immediate family members.

You can also request relatives’ military service records through the U.S. National Archives. You can find grave locations of veterans using the online National Gravesite Locator. 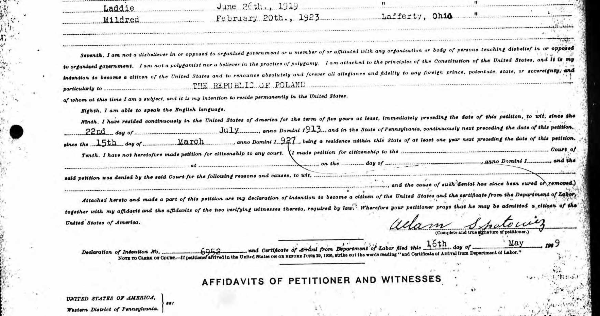 Immigration records can tell you a lot about your immigrant ancestors, including what countries they came from, dates of immigration, what ships they traveled on, and their approximate years of birth.

One problem with using immigration records is finding the people you’re searching for. While it’s a myth that workers at Ellis Island changed immigrants’ last names, the immigrants themselves often changed them later. It’s also possible that immigration workers misspelled names by accident, as census workers sometimes did.

Where to Find: If your ancestors came through Ellis Island, you’re in luck. Ellis Island offers tons of records online for free. You can find additional immigration records free on Familysearch.org and with membership at Ancestry.com. 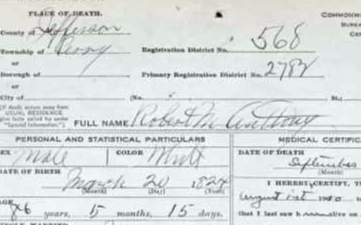 Where to Find: Some vital records are available for free online at sites such as Familysearch.org. You can find a larger selection when you search birth, marriage and death records on Ancestry.com

. Some records for adoptees are available through the Adoption Information Clearinghouse. 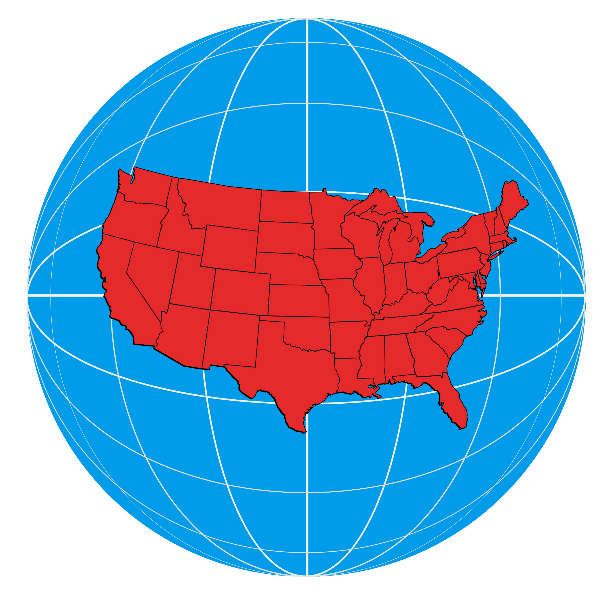 Depending on the state, you could find a whole lot of great information or not much at all without submitting paperwork and payment.

You might find vital records, land documents, court records and other historical items kept by state governments. These are probably fairly accurate, but not 100 percent reliable.

The people writing them might have made mistakes, from small typos to misspelling names or entering incorrect data. Plus, some of the original documents are very old and difficult to read.

Documents that are available online have been scanned into digital format with some important text transcribed to written format for indexing purposes and to make it easier for researchers to access. Whether a machine or a human did the transcribing, some mistakes are inevitable.

Where to Find: States each maintain their own archives and/or history sites.

5 Ways to Identify People in Old Photos for Genealogy Research

8 Work From Home Options for the...