New Posts
Scrumptious Easy Chicken Pot Pie Recipe
5 Things I Wish I Knew Before I...
10 Favorite Hamilton Quotes to Make You Smile
6 Amazing Self-Help Books to Read Now
What You’re Giving Away in Those Social Media...
What’s That Your Ancestor Died From?
LWB Most Popular Posts of 2019
Amazon Echo Auto Review: Add Alexa to Your...
Real Estate Agents Turning to Amazon for Lead...
Hang Up on Social Security and Medicare Scammers
Freebies & GiveawaysTechnology 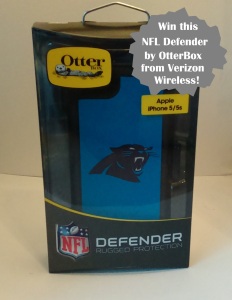 The NFL Defender by OtterBox, exclusive to Verizon Wireless, has a retail value of $64.99. You can buy one with any of the NFL’s 32 team logos to fit your iPhone 5/5S or Galaxy S5 phone.

Verizon Wireless also announced that their MORE Everything customers will receive NFL Mobile service free for the 2014-2015 football season. The service includes access to live streaming games on Thursday, Sunday and Monday nights and Sunday afternoons, along NFL news, scores and schedules. For an extra $1.99 a month, customers can subscribe to NFL RedZone, which includes game look-ins, highlights and key plays from every NFL game. It also helps keep Fantasy Football fans up to date on player injuries, final scores and team news.