New Posts
What’s That Your Ancestor Died From?
LWB Most Popular Posts of 2019
Amazon Echo Auto Review: Add Alexa to Your...
Real Estate Agents Turning to Amazon for Lead...
Hang Up on Social Security and Medicare Scammers
How to Improve Your LinkedIn Profile
10 Secret Confessions of a Technology Pro
Why You Should Never Use Debit Cards for...
Why I’m Glad I Gave Aldi Another Try
What’s Coming in Outlander Season 5
Family & KidsHow-To 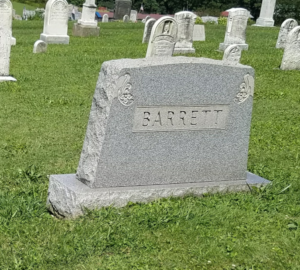 Among the many exciting things about genealogy research is the discovery of unexpected connections to famous events in history. You might try to trace your ancestry back to colonial America, or even to Mayflower passengers.

In my maternal line, I can trace ancestors back to colonial settlers of Pennsylvania. My immigrant ancestors helped build western Pennsylvania from the ground up.

I’ve known for quite some time that I have several direct ancestors who fought in the Revolutionary War. Fairly recently, I discovered – rather by accident – that I also have ancestors who came over on the Mayflower.

Having a Mayflower ancestor isn’t as rare or unlikely as you may think. Those Mayflower passengers who survived long enough to have children may now have millions of descendants all over the U.S.

Among their descendants is Lysander Barrett, who moved to Pennsylvania with his wife, Betsy Bush. They were early settlers of Loop, Pennsylvania, in West Mahoning Township, Indiana County.

Their son, Cyrus Eugene Barrett, was my 3x great-grandfather. Hundreds of my ancestors and relatives are buried in nearby Smicksburg Cemetery, including Cyrus and his wife as well as Lysander’s wife, Betsy.  Lysander died while visiting his brother in Kansas and is buried there. 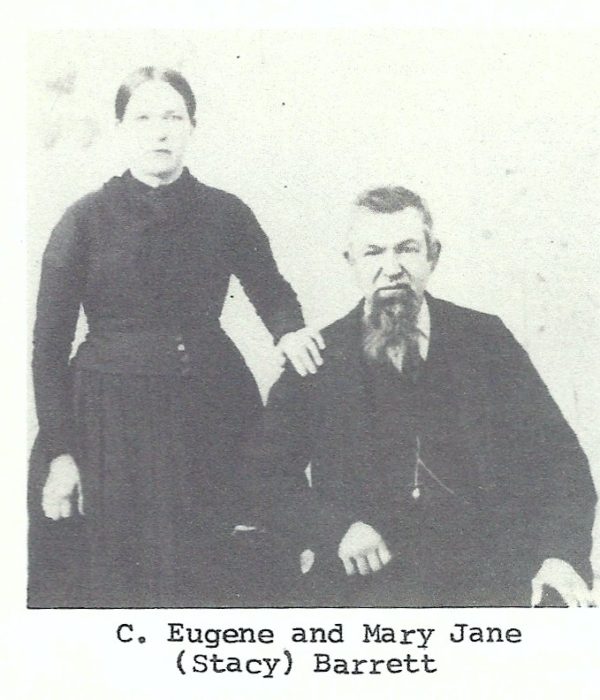 So how do you find your own Mayflower ancestors? How would you know if it’s likely that you’re descended from a Mayflower passenger?

Are You Descended From a Mayflower Passenger?

Before you start searching old Mayflower genealogies for a possible ancestor, you’ve got a bit of work to do. You’ll need to research your family tree back as far as you can possibly go. Obviously, this takes some time.

However, if you don’t do the research, you’ll have no idea what last names to look for in Mayflower genealogies. If you join Ancestry.com

, you can create your family tree and use their “hints” to help trace your history.

It’s important not to copy other people’s trees, and it’s vital that you don’t automatically accept any hints you see. You’ll have to examine each and every hint to decide if the record references the correct person.

When searching for an ancestor who was part of a particular event in history, it’s important to find your immigrant ancestors. Unless your ancestry is entirely Native American, your ancestors came here from somewhere else, at some point, for some reason.

If you find that all of your ancestors came to the U.S. in the 1700s or later, then you’re unlikely to find a Mayflower ancestor. The Mayflower pilgrims arrived in late 1620.

If you have trouble figuring out where your ancestors came from or don’t want to spend the time researching, Ancestry.com DNA testing can tell you about your family’s origins.

In addition to mapping where your ancestors originated, Ancestry DNA now shows where your people have lived for the past few hundred years. My Ancestry DNA results show ancestors who were colonial settlers of Pennsylvania, which is exactly what I’ve found in my genealogical research over the years.

If your Ancestry DNA results don’t show any ancestors who were early settlers of the northeastern U.S., you’re unlikely to find an ancestor who arrived on the Mayflower.

Who Were the Mayflower Pilgrims?

The Mayflower Society, an organization for those with proven Mayflower descent, recognizes the following people as Mayflower passengers with known descendants. I’ve added a star beside each of my Mayflower ancestors on the list.

It’s estimated that around 35 million individuals living today can trace direct descent to one or more of the above Mayflower passengers. 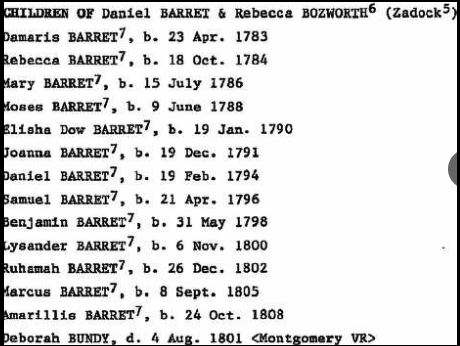 You’ll be ready to look for your pilgrim ancestors once you’ve traced your genealogy back to the 1700s and found people already living in America, preferably in the northeast – present-day New England, New York, Pennsylvania and New Jersey.

Next, you can start searching surnames to see if they appear in Mayflower genealogies. If you don’t find your ancestors on the free surname site, you can try Ancestry.com.

I came upon my link to the Mayflower pilgrims by accident, though it happened after many years of research. I was looking through Ancestry.com hints and found that another Ancestry user had tagged one of my ancestors as a Mayflower descendant.

I don’t trust other people’s family trees. However, this seemed like an intriguing enough possibility that I did some of my own research.

Visit Ancestry.com and click Search, then select Card Catalog. In the Title box, type Mayflower and click Search. One of the top results you’ll see should be Mayflower Births and Deaths, Vol. 1 and 2, which is where I found my ancestor Lysander Barrett, son of Rebecca Bosworth and her husband, Daniel Barrett. 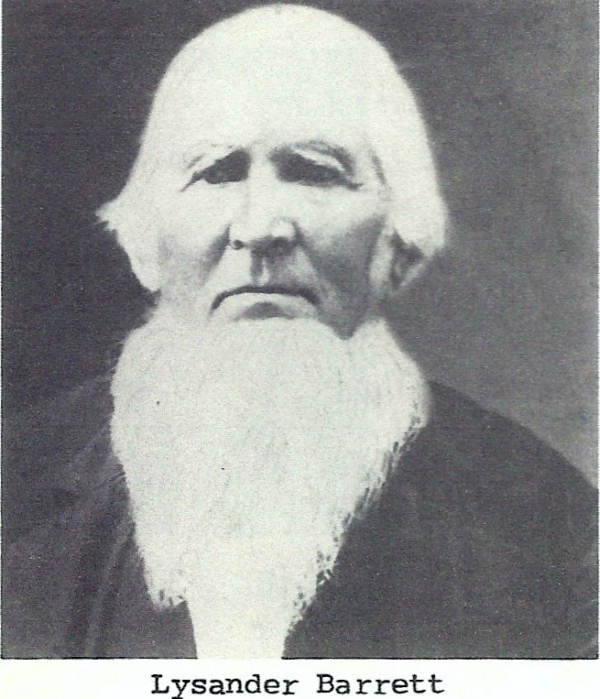 I had already traced my ancestry back further than this, but didn’t previously know that the Bosworth line went back to Mayflower pilgrims.

Ancestry.com offers a variety of different Mayflower genealogy resources for you to search if Mayflower Births and Deaths, Vol. 1 and 2 don’t show any results for you. In fact, if you’re able to go back far enough in your family tree, you might find someone else has given you a starting point. As I mentioned, that’s how my Mayflower ancestor search began.

What If You Don’t Have a Mayflower Ancestor?

I don’t recommend making your genealogy research all about tying your relatives to famous events or noteworthy people. I’ve found many reasons to feel proud of my ancestors, a number of which don’t involve key events from history books or famous people.

I’ve researched my family’s ancestry for many years, and I continue to find new and fascinating tidbits about my dead relatives. Finding Mayflower ancestors is just one cog in a constantly turning wheel.

I’ve known for a long time that I have numerous ancestors who fought in the Revolutionary War, and probably dozens who fought in the Civil War. My ancestors include a judge and other civil servants along with individuals who were probably well known in their locales. Most of my ancestors, though, were just regular people, but that doesn’t make them less interesting or significant.

You Found a Mayflower Ancestor – Now What?

If you’ve located a likely Mayflower ancestor and you’d like to hobnob with others in the Mayflower gene pool, you might consider joining the General Society of Mayflower Descendants.

You can pay $25 and provide your proposed ancestry going back to the Mayflower. They’ll get back to you in a few weeks to let you know how far back their own records verify your submission. Here’s what my submission looks like, up to the point where I would need to provide supporting evidence that my 4x great grandfather, Lysander Barrett, is a son of Rebecca Bosworth.

If I decide to pursue membership in the Mayflower Society, I’d need to get in touch with my state society. I’d have to pay another fee and submit supporting documentation for every generation starting with my 4x great-grandparents, Lysander Barrett and Betsy Bush.

Right now, I’m not inclined to spend the time and money required to join the Mayflower Society, but I’m not ruling it out for the future. What you get out of membership seems to depend on what state’s society you join.

You may not have to join the Mayflower Society for the state where you reside. I could join in either the state where I’ve lived for a long time or in Pennsylvania, where my maternal ancestors have deep roots.

You might also be interested in checking out lists of famous Mayflower descendants, which include a number of U.S. presidents. My Mayflower heritage makes me a distant cousin to President Franklin D. Roosevelt as well as actors Christopher Lloyd and Humphrey Bogart.

This post was originally written in October 2017 and updated in January 2019. 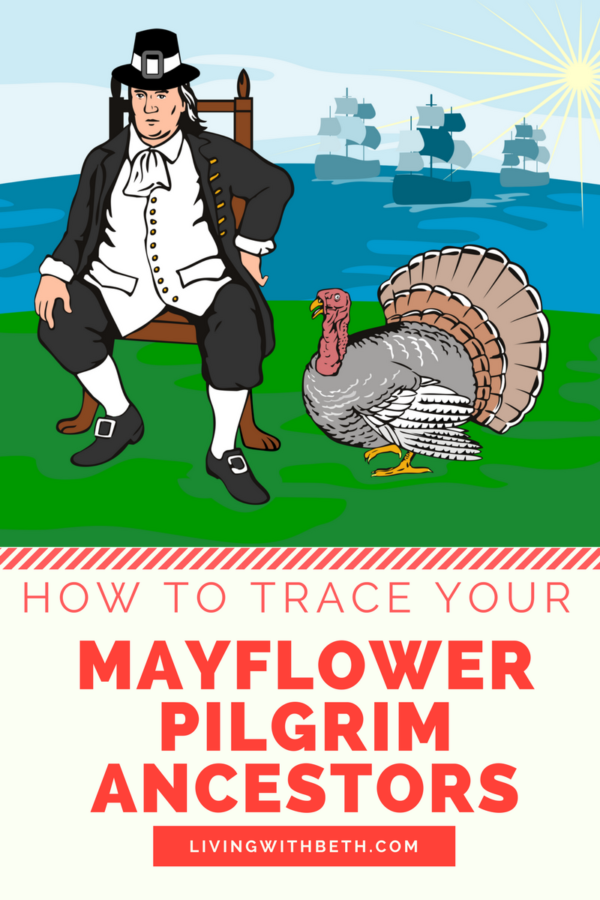 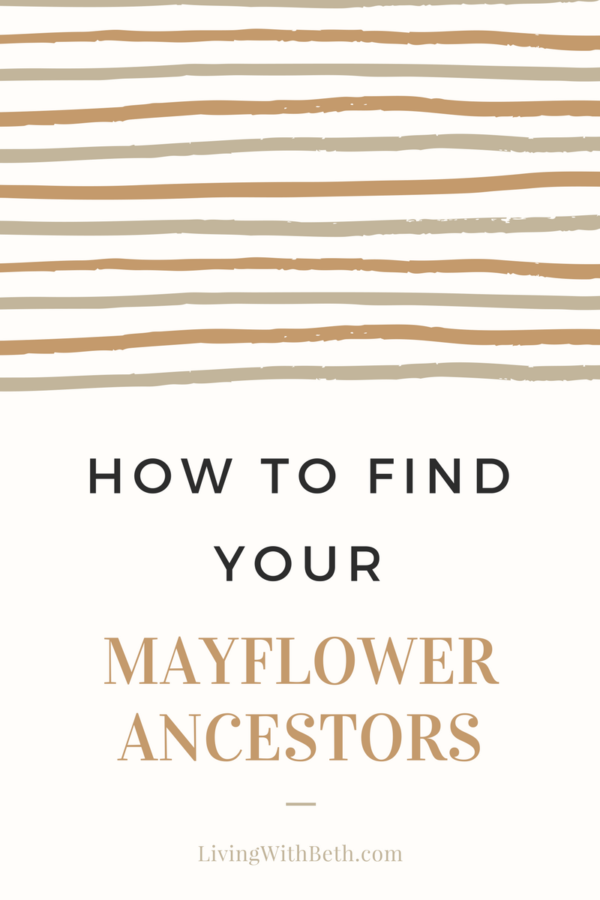 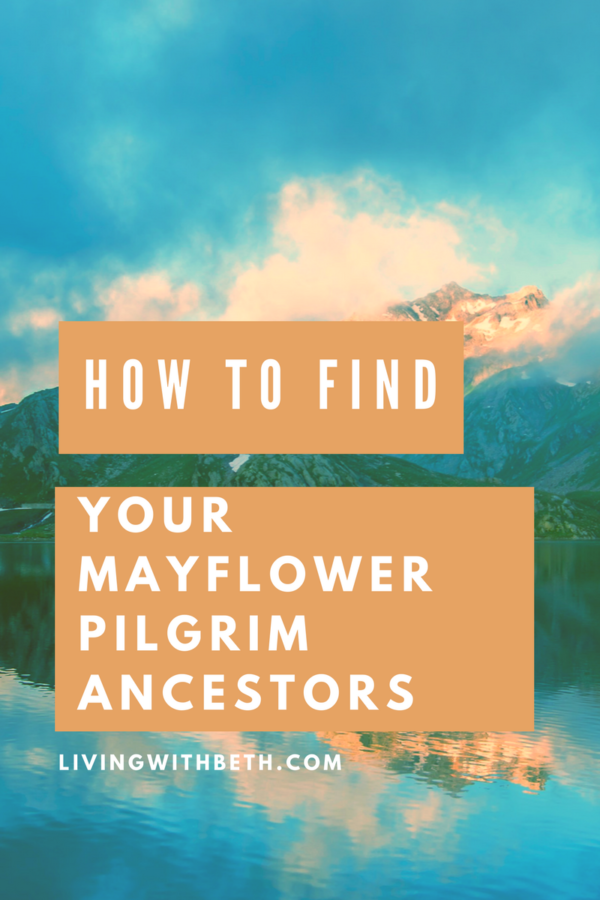 How to Relieve Your Plantar Fasciitis Foot Pain

10 Baby Items You Should Definitely Sell...