New Posts
What You’re Giving Away in Those Social Media...
What’s That Your Ancestor Died From?
LWB Most Popular Posts of 2019
Amazon Echo Auto Review: Add Alexa to Your...
Real Estate Agents Turning to Amazon for Lead...
Hang Up on Social Security and Medicare Scammers
How to Improve Your LinkedIn Profile
10 Secret Confessions of a Technology Pro
Why You Should Never Use Debit Cards for...
Why I’m Glad I Gave Aldi Another Try
Home & DIY 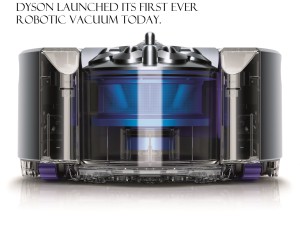 The new, first-ever Dyson robotic vacuum, called the Dyson 360 Eye, launched today in Japan, where it’ll hit the market in the spring of 2015.

Dyson plans to introduce its Dyson 360 Eye robotic vacuum cleaner to U.S. customers in the fall of 2015. The vacuum promises unique features such as sophisticated vision navigation technology that creates a map of its surroundings to more easily navigate territory than its competitors, which depend on feeling their way around.

The new Dyson 360 Eye also sports its own smartphone and tablet app, available for iOS or Android, which will allow users to set up cleaning schedules and control the vacuum remotely from any location. Weighing just 5.22 pounds, the Dyson 360 Eye runs for about 20 to 30 minutes on a charge, then redocks itself when the battery gets low. It uses the powerful suction technology at the heart of its popular cordless vacuums like the Dyson DC59 Motorhead

How and why I found a cheap...