New Posts
6 Amazing Self-Help Books to Read Now
What You’re Giving Away in Those Social Media...
What’s That Your Ancestor Died From?
LWB Most Popular Posts of 2019
Amazon Echo Auto Review: Add Alexa to Your...
Real Estate Agents Turning to Amazon for Lead...
Hang Up on Social Security and Medicare Scammers
How to Improve Your LinkedIn Profile
10 Secret Confessions of a Technology Pro
Why You Should Never Use Debit Cards for...
Bargains & FindsClothing & Shoes

What I’ve Learned About Cheap Clothes vs. Expensive Clothes 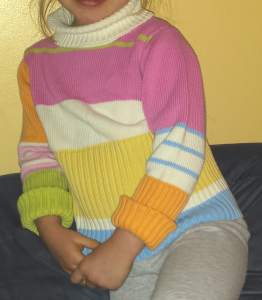 That old adage that you get what you pay for is true for some products, but for clothing, not so much, or, at least, not always. Some pricey clothing brands definitely deserve their reputations. However, some trendy brands from mall stores definitely don’t hold up to their high-end prices.

Since I began driving more than 20 years ago, I’ve driven Hondas almost exclusively. However, when I traded in my first Honda, a Civic with 144K miles on it, a salesman convinced me to buy something else that cost a lot less than another Civic. It was a long time ago when I would let salespeople talk me into stuff. 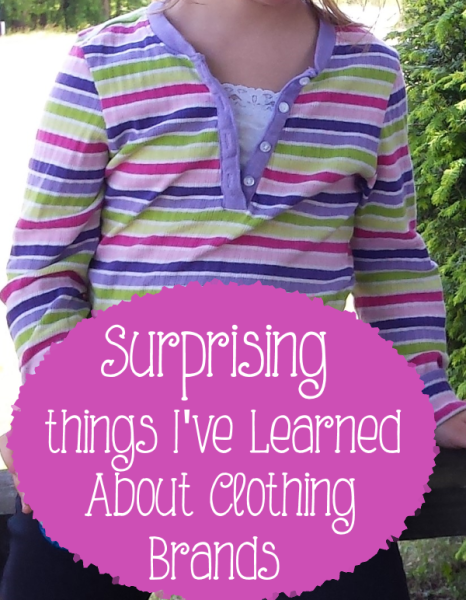 The car I bought was a crap-mobile with constant problems even though I bought it new. After less than a year, I traded it in, losing several thousand dollars in the process, and bought a new Civic. That car lasted over 100K miles, until I was pregnant with my second child and decided to bump up to a CR-V. The CR-V lasted until a distracted driver ran into me and totaled it in March, and I replaced it with another new Honda CR-V.

Hondas aren’t the cheapest cars out there, but their extra cost is worth it to me. They’ve proven to be reliable vehicles, and I hope to avoid having to settle for something less again to save money.

Not all purchases are like cars. I noticed long ago that cheap clothes could last for years and some expensive clothes were done after a few trips through the laundry (occasionally after a single washing).

I have a couple of Bobbie Brooks shirts (from Dollar General) which I bought a number of years ago. They still look and feel almost new, and I regularly wear them. I’ve had that happen with certain Walmart brands, too.

After having my first child, I discovered that cheap clothes from Kohl’s and JCPenny’s kids’ labels fade and shrink so badly that they were not fit to use as hand-me-downs for my second daughter. 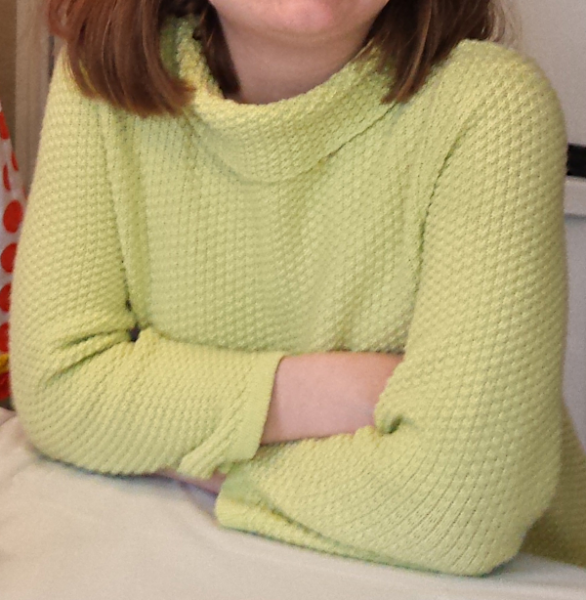 A couple of years ago, we decided to visit my parents in Pennsylvania for Thanksgiving. We decided to make the trip about a week prior to leaving. I started going through my clothes, preparing to pack for cold weather, which was expected in Pennsylvania that time of year, but not in Raleigh where I live.

I discovered that I had hardly any sweaters that fit me, or even many nice long-sleeved shirts. I had lost a lot of weight, and hadn’t yet replenished my winter wardrobe. I wasn’t expecting cold weather in Raleigh for at least a few more weeks.

I needed some winter clothing quickly and, preferably, on the cheap. I didn’t have time to spend many hours shopping or trying on clothes. I had noticed that when I complimented coworkers on their clothing, they regularly told me they bought the piece at Goodwill. I figured that if the snazzy dressers at work shopped at thrift stores, I should give them a try, too.

Between the Goodwill near my house and another thrift shop, I found several gorgeous sweaters and long sleeved tops for my trip, and I was hooked. These were quality pieces that looked almost like new, and I’m sure I spent less than $50 total for everything. That includes some things I picked up for my kids while I was at it. 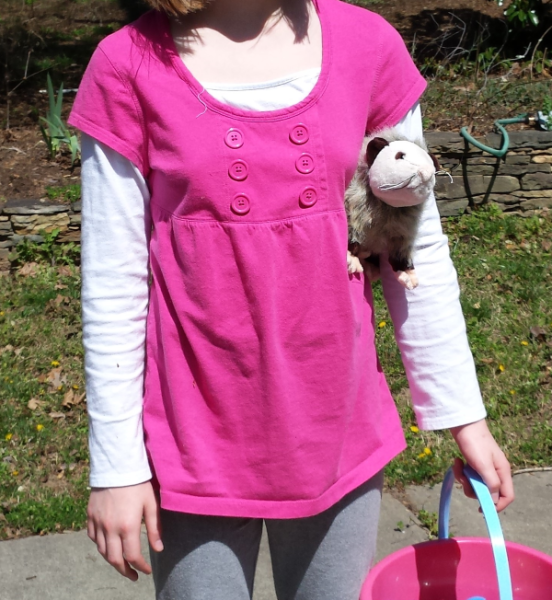 At thrift stores, I mainly look for clothes that are still new with tags on or look like they’ve hardly been worn. Why would thrift stores have new or nearly new items? Retail stores like Target donate their unsold merchandise. Also, people sometimes receive clothing items as gifts but never wear them, or they buy a piece of clothing that doesn’t fit and never have time to return it.

By thrift stores, I mean nonprofit ones, not second-hand, for-profit stores where people aim to make a profit on the clothing they no longer need. I’m not saying there’s anything wrong with these stores, but I prefer the nonprofit ones. My two favorite shops for cheap clothes are a thrift store run by a church to support its overseas charity work, and another run by a local animal welfare organization, with profits supporting a subsidized spay-neuter program for pets. 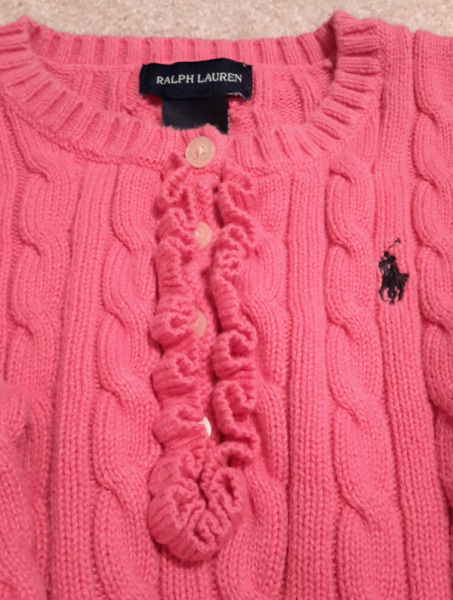 Pretty quickly after getting bitten by the thrift store bug, it became really clear which clothing brands to look for in particular, and which ones didn’t deserve the prices they command at malls. I don’t want to trash specific brand names here, but I rarely buy items with brand names from the trendy mall stores popular with teenagers. There are exceptions, which I’ll note below.

I actually remember that when I was a teenager, clothes I bought at mall stores tended to shrink and fade quickly. It appears that little has changed in that regard. Thrift stores put these items on the racks because of their brand appeal, but they often look like rags – wrinkled, faded and misshapen.

What brands generally impress me? Here’s a partial list. If a brand or store isn’t on this list, it might mean that the brand isn’t popular in my area and/or I haven’t seen much of their stuff, or that I’m not impressed by their products. Your mileage may vary, and you may find items you both like and dislike from just about any brand.

This list is based on my experience alone. Some of the cheap clothes I purchase at thrift stores comes from less popular brands, so this list is definitely not all inclusive. It’s also skewed toward girls and women since I have two daughters and don’t buy a lot of my husband’s clothes at thrift stores. 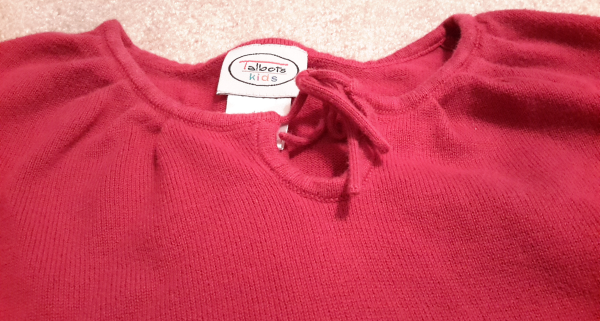 Shop for her at Boscov’s!

What Makes a Great Clothing Brand?

For me, quality clothing washes well and doesn’t shrink significantly. Of course, great clothing is attractive and holds its shape. I also avoid buying clothing that needs ironed. I don’t have time to iron, and there are plenty of clothing options that don’t require it. Knit shirts shouldn’t have significant balling, but I’m sometimes willing to shave the balls off of nice sweaters

if they’re in good shape otherwise. Clothing shouldn’t have stains or tears and can’t appear faded. 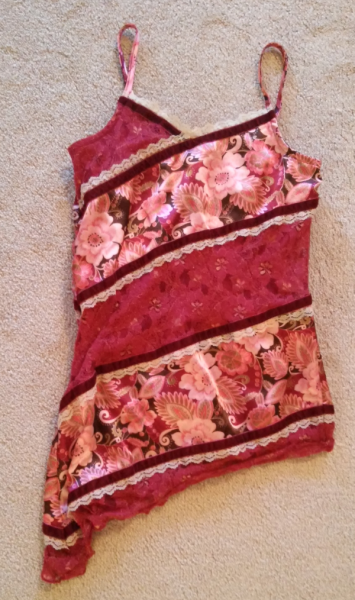 I also avoid buying clothing that requires dry cleaning or other special care. If I have to pay to have it cleaned, the time and money involved negates what I saved by buying the item at a thrift store. Of course, clothing gets washed before wearing – used or new. For white or light-colored clothing, I add chlorine bleach to the machine.

I should note that I’m no trendsetter or fashionista. You should outfit yourself and your family in clothes to fit individual tastes. However, if you like saving money (and who doesn’t?), thrift stores may surprise you.

Need some extra money? Sell all of your extra stuff by using the tips in my book, “The Ultimate Guide to Getting the Most Cash For Your Stuff.”

Save $5 + Get Free Shipping on New 2016 Entertainment Coupon Books

7 Secrets to Saving Money on Prescription...