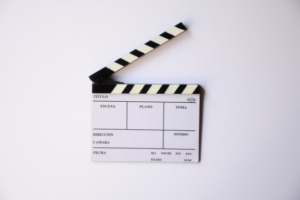 Though many Roku users subscribe to one or more premium services such as Amazon Prime or Netflix, the Internet TV streaming devices offer a significant amount of quality non-subscription content. Some channels cost nothing, while some let you purchase movies and television shows a la carte.

The Moonlight Movies channel has various Tarzan movies from the 1930s through the 1950s, and you can also find these titles among their collection.

The Crackle channel has various early Godzilla movies along with the following:

Some pay per view channels, such as M-GO, Target Ticket and VUDU, include movies still playing in second-run theaters along with recent episodes of popular television shows. You can choose to rent or purchase items, with TV shows renting for around $2 an episode and recent movie rentals setting you back around $5 or $6. Some older titles rent for $4.

The pay-per-view channels sometimes offer free offers for first-time sign-ups, but you still need to enter a credit card number to take advantage of them. I recommend using either a Visa or MasterCard gift card or a temporary number from your financial institution, like you can get from Bank of America’s Shop Safe program. Some services also require that you sign up for a free account with

Amazon Instant Video offers a huge selection of old, new and everything-in-between films for rental or purchase even if you don’t subscribe to Amazon Prime. HD movies cost as little as $4 for a three-day rental, while most services give you only 24 hours.

Make the Best Use of Your New Android Phone: Top 5 Things To Do When You Get a New One

Hurry and Get 4 Months of Amazon...