New Posts
Scrumptious Easy Chicken Pot Pie Recipe
5 Things I Wish I Knew Before I...
10 Favorite Hamilton Quotes to Make You Smile
6 Amazing Self-Help Books to Read Now
What You’re Giving Away in Those Social Media...
What’s That Your Ancestor Died From?
LWB Most Popular Posts of 2019
Amazon Echo Auto Review: Add Alexa to Your...
Real Estate Agents Turning to Amazon for Lead...
Hang Up on Social Security and Medicare Scammers
Family & Kids 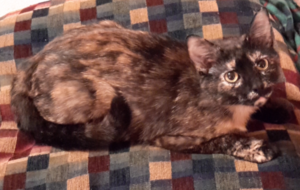 After our last remaining cat passed away on Christmas Eve, I thought we’d mourn Mimi for at least a few months before adopting new kitties. However, the house seemed so empty without a cat. The kids were downtrodden, especially our older daughter, who was 11 at the time.

She’s old enough to understand what death means and that another cat isn’t a drop-in replacement for a deceased one. We adopted Mimi long before we had kids, so our daughters had never known life without her. Mimi was there (along with two other cats who have passed away over the years) when we brought home our first baby.

Mimi was also an amazing cat in a variety of ways, and we miss her terribly. However, we decided to search for some new kitty companions. 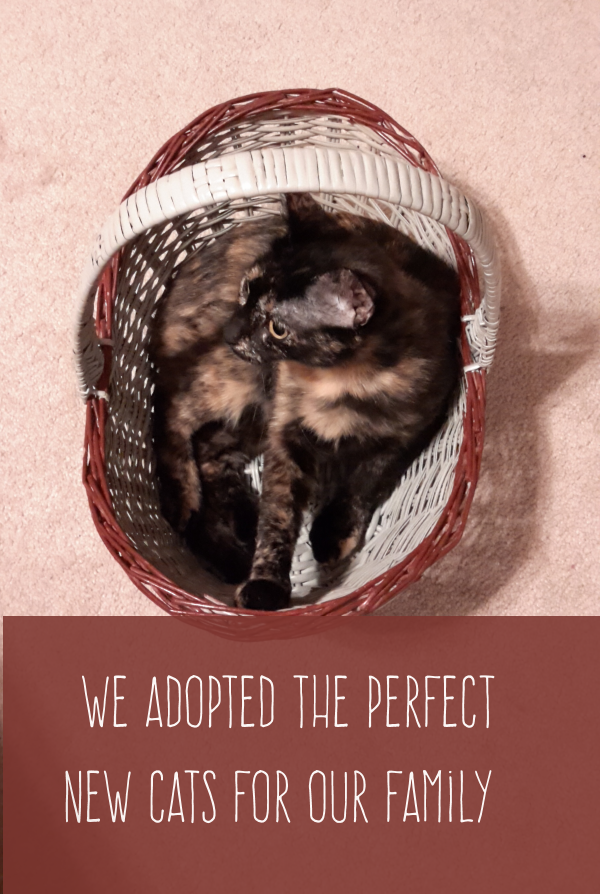 I had it in my head that I wanted another black cat like my Paula who died in 2014. I live in a fairly large metropolitan area with a number of different animal rescue organizations and shelters.

I combed a bunch of websites over the course of a couple of weeks. Something led me to the Franklin County Animal Shelter’s website, where I saw a black kitty whom I just had to meet.

That Saturday, I took my kids to Louisburg, which is about 25 miles from where I live in Raleigh. We found the animal shelter and entered the kitty room, where I saw my cat almost immediately. 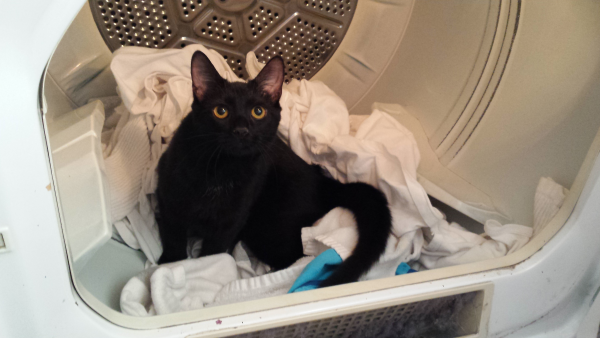 I held her for a bit before declaring that we wanted to adopt her. Then, we searched for a second kitty. The shelter workers were very patient as we took our time deciding which additional kitty we should take home.

They understood that this is a very big decision. We take excellent care of our cats and expect to have them for many years – ’til death do us part.

We settled on a tortie who was wearing the “cone of shame” because she’d chewed her stitches out and had to have them put back in. She’d come in with the black cat we’d already decided to adopt, so they were already friends.

Both cats had been spayed, tested for various feline diseases and fully vaccinated. I answered questions, filled out paperwork and paid the adoption fee of $25 per cat. The shelter provided us with nice little cardboard carrying crates for our new furry family members. 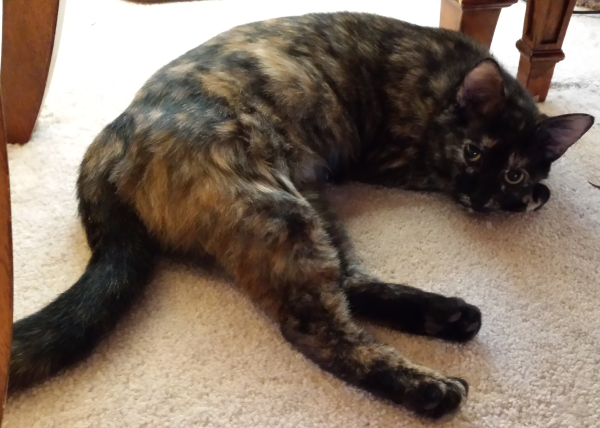 On the way home, my older daughter claimed the tortie and named her Lyra, after a constellation, since her pattern kind of looks like a starry night sky. My six-year-old named the black cat Sasha after a cartoon character.

Both cats hid under beds for a couple of days, which we expected. Afterward, they started to adjust and eventually began sitting on laps and soliciting petting.

Sasha was believed to be about a year old and Lyra about two years old based on veterinary estimates. Sasha still acts like a kitten, though, tearing around the house at night, chasing Lyra and batting around toys (and would-be toys). 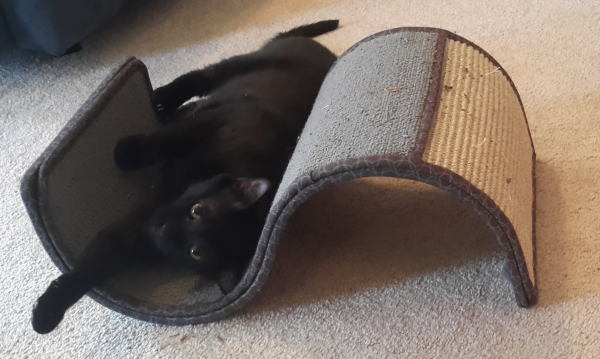 It’s been a long time since we’ve had young cats. Mimi used to chase the laser pointer even when she was elderly, but only for a short while. We haven’t had cats bounding around the house at all hours, though, for many years.

How long did you wait after a pet passed away to adopt another animal companion?

Save 15% on Invitations, Save the Dates, Announcements & More

Our Visit to DelGrosso’s Amusement Park in...