New Posts
5 Things I Wish I Knew Before I...
10 Favorite Hamilton Quotes to Make You Smile
6 Amazing Self-Help Books to Read Now
What You’re Giving Away in Those Social Media...
What’s That Your Ancestor Died From?
LWB Most Popular Posts of 2019
Amazon Echo Auto Review: Add Alexa to Your...
Real Estate Agents Turning to Amazon for Lead...
Hang Up on Social Security and Medicare Scammers
How to Improve Your LinkedIn Profile
Technology 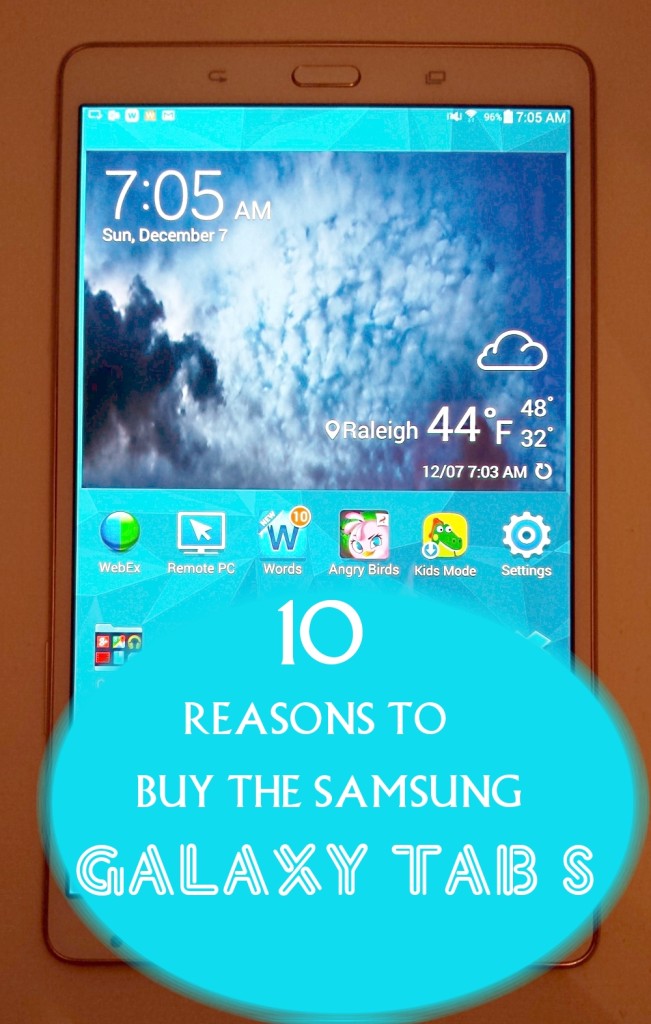 Tablets are sizzling hot items for Christmas, and if you’re hoping to pick one up as a gift for someone else or for yourself, the Samsung Galaxy Tab S deserves a close look. Here are 10 reasons to bump the Galaxy Tab S to the top of your wish list.

1. The Galaxy Tab S offers amazingly fast performance with its ultra-powerful Quadcore + Quadcore processor and 3 GB of RAM. The Tab S includes an array of extra features supported by its Android 4.4 KitKat operating system, too. The tablet features an accelerometer, fingerprint sensor, gyro sensor, geomagnetic sensor and RGB sensor. Apps download and install in a flash, and moving among open apps is a breeze with the Galaxy Tab S’s soft key for recently used programs.

2. The Samsung Galaxy Tab S is probably the thinnest, sleekest feeling tablet you’ve encountered. The 8.4″ version measures 8.37″ by 4.94″ by .26″ and weighs a tad over 10 ounces. If you’re accustomed to using another tablet, you may need some time to get used to holding the Galaxy Tab S because it’s most likely a lot less bulky than your current device.

3. With its WZXGA Super AMOLED display (1600 by 2560 pixel) offering two times more pixels than HDTV, the Galaxy Tab S offers a significant improvement in display quality over its predecessors, such as the Galaxy Tab 2. The 8.4″ Galaxy Tab S also seems huge compared to its 7″ cousins in the Galaxy Tab series, with an accompanying increase in the size of its keyboard keys to make typing easier and more accurate.

Games like Minecraft and Angry Birds as well as YouTube and other videos look absolutely stunning on the Galaxy Tab S’s sharp, vibrant screen. Text in emails, texts and online articles is crisp, clear and easy to read. The Tab S’s touchscreen reacts flawlessly with just the right amount of sensitivity. 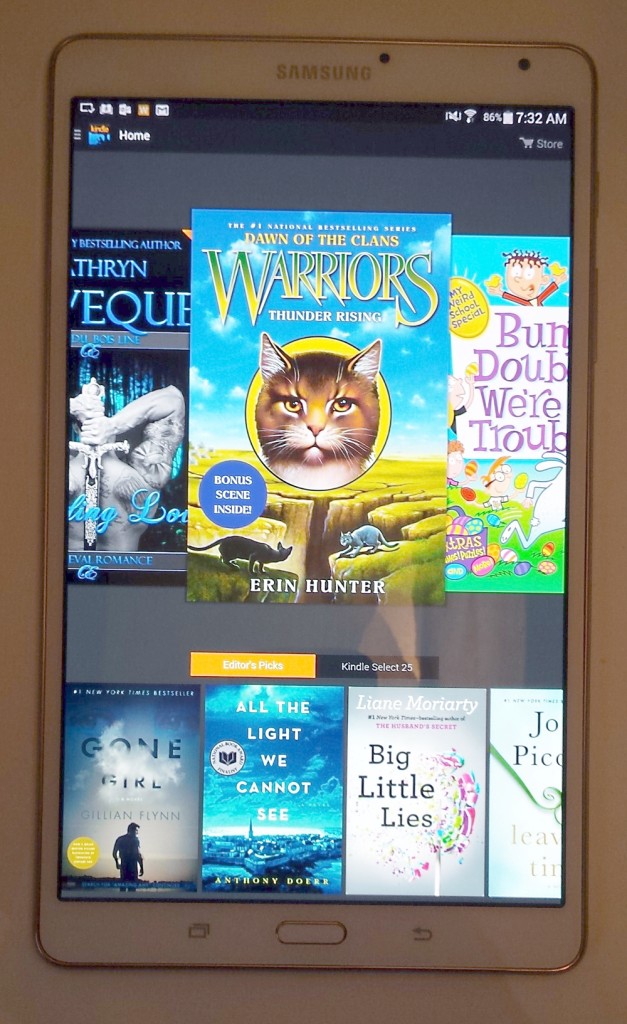 4. Samsung’s Gestures capabilities let you rapidly execute common tasks. I’m especially fond of the screenshot gesture of swiping your hand from side to side. Most Android 4.0 and above devices let you take a screenshot by holding down the power and volume down buttons simultaneously. The hand swipe works much better and won’t accidentally turn off the device. Configure Gesture options under Settings on the tablet.

5. The Galaxy Tab S handles all of your tasks quickly and smoothly, from setting up and using email, playing games and browsing the Web to more complex tasks like dictating messages. With Multi-Window, you can even see two programs at once, like you can on a Windows computer. Multi-Window can also save groups of apps that you commonly use together. The device also remembers all the email addresses you use to sign into apps. Every time an app requests that you sign in, you’ll have the option of selecting one of the email addresses you’ve already used to login to another app.

6. Stand up and cheer for the Galaxy Tab S’s phenomenal 8 MP rear-facing camera with 4x zoom, flash and a large assortment of modes for optimizing photos. Beauty Face mode helps facial shots look better. Dual Camera lets you take photos and videos using both the 1.2 MP front camera and rear camera at the same time and provides options for picture-in-picture results. With Shot & More, you can snap a quick succession of photos, then apply effects to all of them at once.

Using Best Photo, you can take a bunch of pictures and select the best one. Panning Shot helps with taking photos of quick-moving objects, and Rich Tone (HDR) helps with photos in bright or dark areas. Use Panorama mode for combining multiple pictures into one photo, or Best Face for selecting the best facial shot from various group pictures and turning them into one great picture. Sound & Shot even lets you add short sound bites to photos.

The Galaxy Tab S’s rear-facing HD camcorder features video stabilization for avoiding shaky videos and a fast-motion option for filming people on the move. Remember to set up a free cloud storage service such as Dropbox or Google Drive to back up your precious video and picture memories.

7. Love magazines? The Galaxy Tab S comes with PaperGarden for reading individual magazines, plus the BusinessWeek+ app with a free one-year subscription to the e-edition of Bloomberg BusinessWeek.

8. The Galaxy Tab S comes with pre-installed software you’ll actually use. In addition to the standard suite of Google programs like Chrome and GMail, it includes Evernote, Flipbook, Remote PC, Samsung WatchON (for watching television shows) and Netflix. With 16 GB of onboard storage and a 128 GB microSD card slot, storage space probably won’t present problems, but you still don’t want a bunch of bloatware clogging up the works. Samsung has kept pre-installed apps to a minimum on the Tab S.

9. Kids Mode lets you set up separate profiles for each child who uses your Galaxy Tab S. The password-protected Kids Mode only shows the apps you have approved for each child and also includes kid versions of popular utilities such as the camera, gallery and drawing apps. Kids Mode doesn’t install unless you touch the icon and approve its download, and you can fully uninstall every part of Parental Controls and Kids Mode anytime you no longer want or need them. 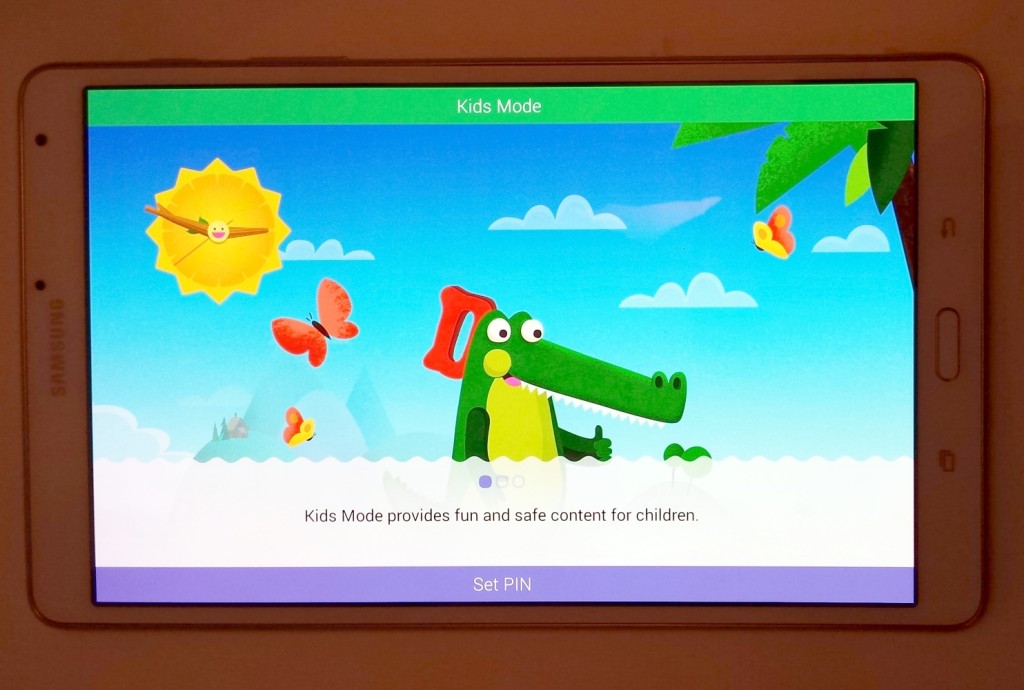 10. As previously noted, the Galaxy Tab S supports up to a 128 GB microSD card. The Samsung Galaxy Tab S’s nearest Apple competitor, the latest iPad Mini model, doesn’t have a microSD card slot, nor does any iPad. That means you’re stuck with whatever amount of onboard memory the device comes with and heavily dependent on cloud storage, which isn’t available when you’re not connected to the Internet. The iPad Mini also has a smaller screen than the Galaxy Tab S and a less impressive camera.

The Galaxy Tab S 8.4″ tablet comes in in Dazzling White

for roughly $329 or Titanium Bronze

for about $349. The Samsung Galaxy Tab S also comes in a 10.5″ version in the same color options – Dazzling White

I received a demo device for the purpose of this honest review. 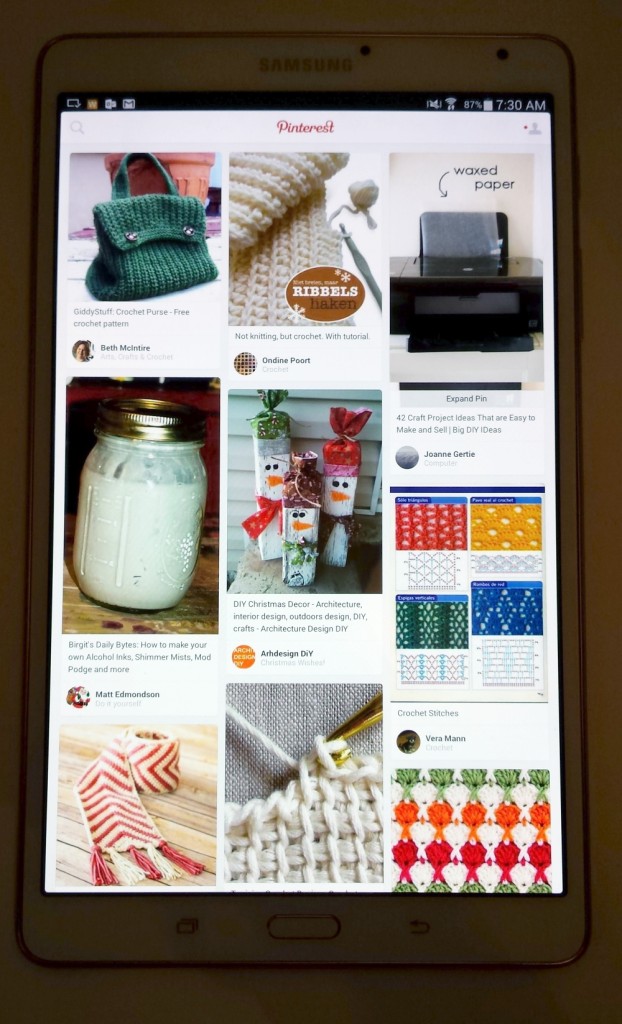 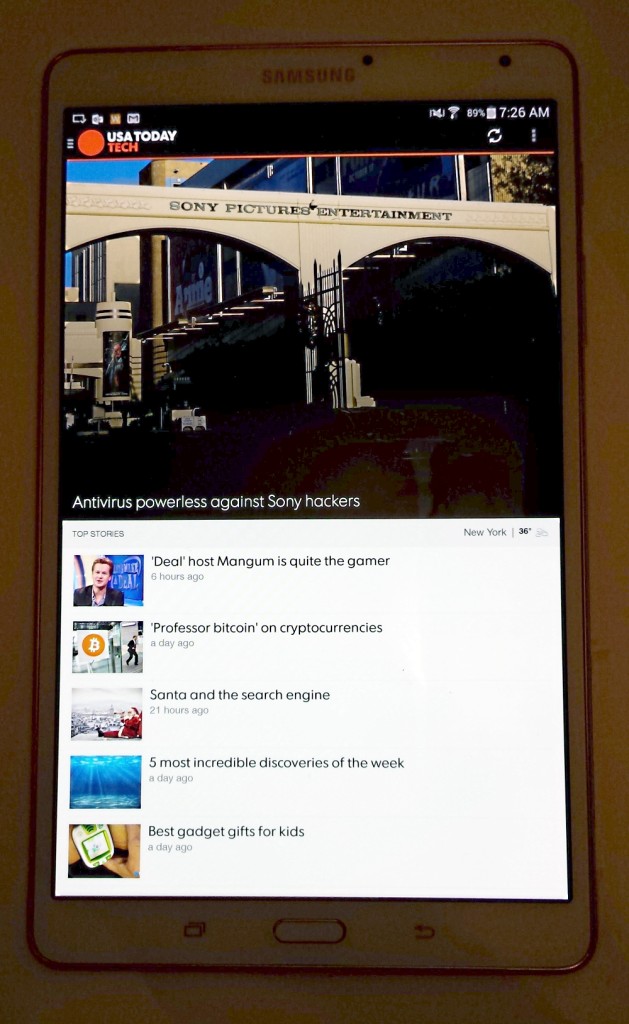 Free movies: Redbox code for free DVD rental, free download of “Lord of the Rings: The Fellowship of the Ring”